Please stop entertaining my kid — I want him to be bored

Every time I take my son out in public, there's a screen aimed at him. But I'd rather he learn to entertain himself 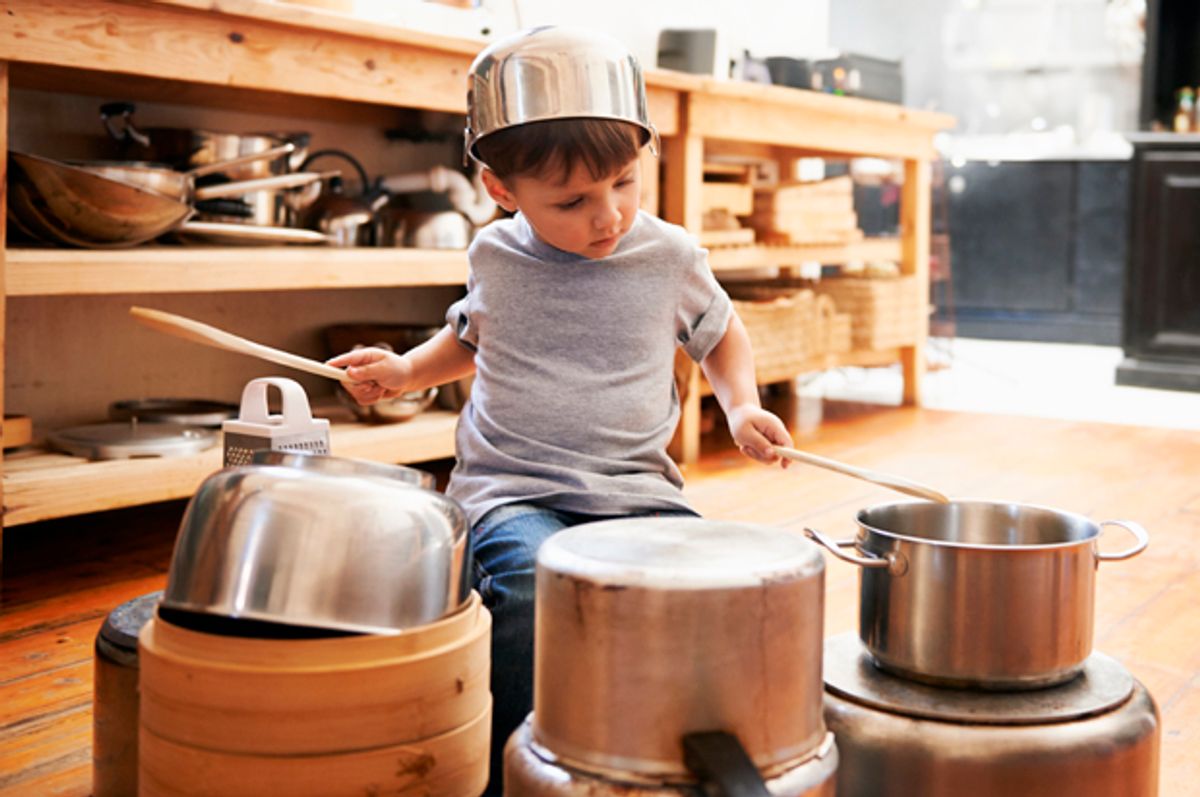 It was my son’s first dentist appointment. Unsure of how long we’d have to wait, I’d packed a bag of books and toys. I’d had a talk with him the night before, establishing my expectations. “While we wait, you’re going to have to sit quietly,” I’d told him while we’d picked out the books he wanted to bring. “No running around the waiting room, no throwing things, and no yelling. Got it?” He nodded.

I’d booked the earliest appointment available and we were the only people in the waiting room when we arrived. After checking in, I sat us down and started pulling out books.

“Oh, I’m so sorry! I forgot to turn on the DVD!” the receptionist exclaimed. She bustled out from behind the counter and stuck a movie into the DVD player before I could say something. Not that I could have stopped her — once he heard the word “DVD” my son pricked up his ears and he lost interest in his books. I restrict his screentime, and a movie is a special treat. As I shoved books back into the bag I thought to myself, why won’t you just let my kid be bored?

From DVD players in waiting rooms to televisions at the supermarket checkout line it’s as if our society has decided that our children must always be entertained. But there is value in boredom. When not provided with structured activities, family therapist and professor Michael Ungar writes, children are “given an opportunity to demonstrate creativity, problem solving, and to develop motivational skills.” They will seek out stimulation, which builds their motivation and expands their creativity. True, since I did bring books to the dentist’s I wasn’t letting him be fully bored. But I was providing him with activities that are arguably healthier and better for him.

I’m not a Luddite. I’ll admit to handing my kid the iPad, telling him to watch "Doc McStuffins," and rolling over in bed for another hour of sleep on a Saturday morning. Later that day, though, when rain trapped us inside, our playdate canceled, and he whined about wanting more TV, I pointed to the pile of toys in the corner of the living room and said, “Play.” And then I waited out more whining about how bored he was until he grew bored of the whining and wandered off to build a fantastical castle of blocks, books and a race car. When it toppled over he frowned, then rebuilt a more stable structure on a car that didn’t move.

I didn’t enjoy listening to him whine, and it would have been easier to turn on the TV and go back to my book. But then he wouldn’t have imagined different uses for his toys, or gained problem-solving skills when his first tower fell over. And he might grow up to be an adult who expects constant entertainment, who doesn’t have the patience to wait, and doesn’t know how to seek out mental stimulation.

When public places provide constant entertainment they’re undermining my parenting decisions and depriving my child of what he could learn while bored. I understand what motivates them to install televisions and DVD players – no one wants to deal with a screaming toddler, and other patrons might get upset at the noise — but in my opinion their ubiquitous presence indicates a deeper problem.

Are they present everywhere because we’ve grown so accustomed to parents who don’t teach their children manners that we, as a society, feel the need to control for them? Before going to the dentist I’d talked with my son about how to behave, and told him the potential consequences if he didn’t. Once, when after numerous warnings he threw his fork over the booth at a restaurant, I tossed down a twenty, scooped him up and walked out. I do take my child out in public because how else is he going to learn how to behave? If I don’t gradually expose him to situations where he learns to say "thank you" to the waiter or that it’s rude to smear your hands all over a pastry case that someone else has to clean, when will he learn?

Looking around when we’re out, however, I can tell that not all parents take this approach. I’ve seen parents sitting, oblivious, while their child ran circles around the table at a restaurant. We all have. We also might all have been that parent at one time or another — tired, overworked and checked out for a moment. But in controlling so thoroughly for this possibility, we’ve established it as the default.

No matter how long of a day I’ve had at work it’s my responsibility as his parent to control my son’s behavior and teach him respect, consideration and manners. I signed up for this job voluntarily. It shouldn’t rest on someone else’s shoulders to plan on me not doing it.

Is there an answer, or a way to reverse this trend? Luddites during the Industrial Revolution broke into factories and destroyed the machines in protest — not a viable option for today’s modern parent. I certainly can’t afford to pay for replacement televisions everywhere we go. I can choose, however, to take him to places that still hand out crayons and a paper menu instead of putting a TV over the counter, and doctor’s offices with fish tanks instead of DVD players. Maybe if enough parents make this choice we can bring about a small change.

Until then, I’ll do what I did that day in the dentist’s office. I asked the receptionist to turn off the movie and said, “Please, let my kid be bored. It’s good for him.”