"This is more water than we could ever imagine" 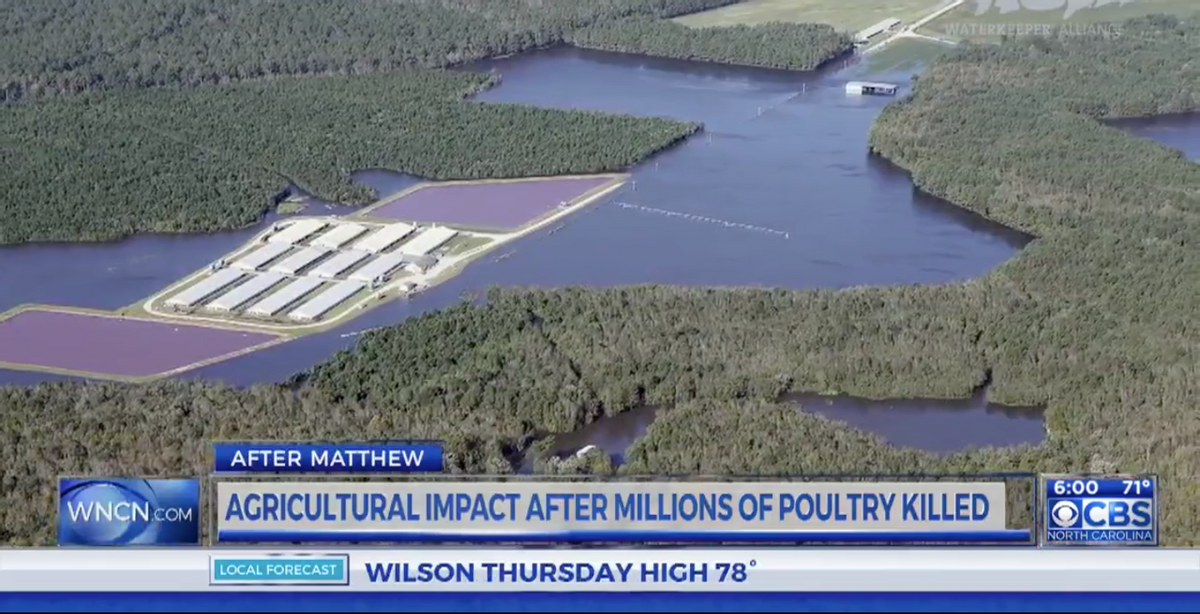 New aerial imagery captured by the Waterkeeper Alliance is an eye-opening view of the massive clean-up North Carolina faces after Hurricane Matthew. Rising flood waters have devastated farming communities and from the air one can view entire towns engulfed in the aftermath of the storm.

"This is more water than we could ever imagine," North Carolina's Agriculture Commissioner remarked after viewing the footage. "Crops ... flooded out, farms surrounded by water and flooded poultry houses."

In addition to the multi-million dollars in damages caused to farms, agriculture groups are reporting animal deaths in the tens of thousands. Gov. Pat McCrory has recommended the carcasses be composted.

“You can do it right there on the farm, without having to bury a carcass, without having to move that animal,” said Brian Long of the N.C. Department of Agriculture. “You can do that if the conditions on site are suitable you end up with a usable compost material when the process is finished.”

Officials are currently tracking down farm animals desperately in need of assistance.

“We know there are farms, that are surrounded by water and so those farms are cut off from their supply chain, and you can’t move the animals out and it’s difficult to get feed and water and fuel for generators into the farms,” Long said.