Trump's dangerous rhetoric is taking his supporters into dangerous territory 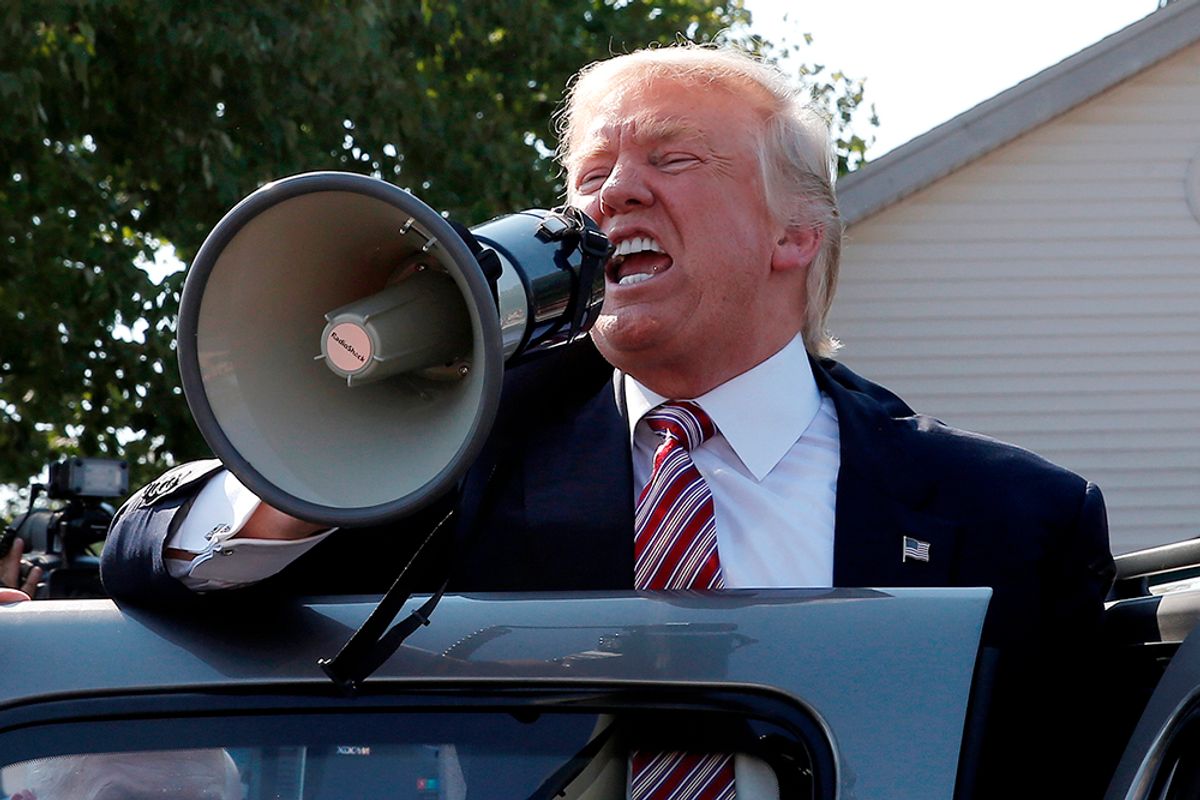 Republican voters are lapping up Donald Trump's insidious and conspiratorial claims that the presidential election might be rigged, according to new polling.

In his latest attempted pivot, the GOP nominee has sought to deflect mounting allegations of sexual assault by making unprecedented claims attacking the integrity of the electoral process.

Despite having said after the first presidential debate in September that he would "absolutely" accept the November election's outcome, Trump is now telling his supporters "the election is absolutely being rigged":

While his running mate Mike Pence did his best once again to clean up after Trump on Sunday, telling "Meet the Press" that "we will absolutely accept the results of the election,” other prominent Trump surrogates are echoing the "rigged election" claim.

Former New York mayor Rudy Giuliani added his familiar flair for the racial dog whistle when he said that he "would have to be a moron to say" that the election in cities like "Philadelphia and Chicago is going to be fair."

On CNN's "State of the Union," Giuliani said, "I've found very few situations where Republicans cheat." He added, "They don't control the inner cities the way Democrats do."

Milwaukee County Sheriff David Clarke Jr., the Fox News regular contributor who spoke at the RNC this past summer, urged Trump supporters to take up pitchforks and torches:

Two new polls show that this inflammatory rhetoric is working on Republican voters.

And a new Washington Post/ABC News poll has found that half of Trump’s supporters are “not confident” that the “votes for president across the country will be accurately counted this year.” The Post poll also discovered that 69 percent of Trump voters believe that “voter fraud” happens very often or somewhat often.