What can shareholder pressure do? It's made Tyson, America's biggest seller of meat, invest in meat alternatives 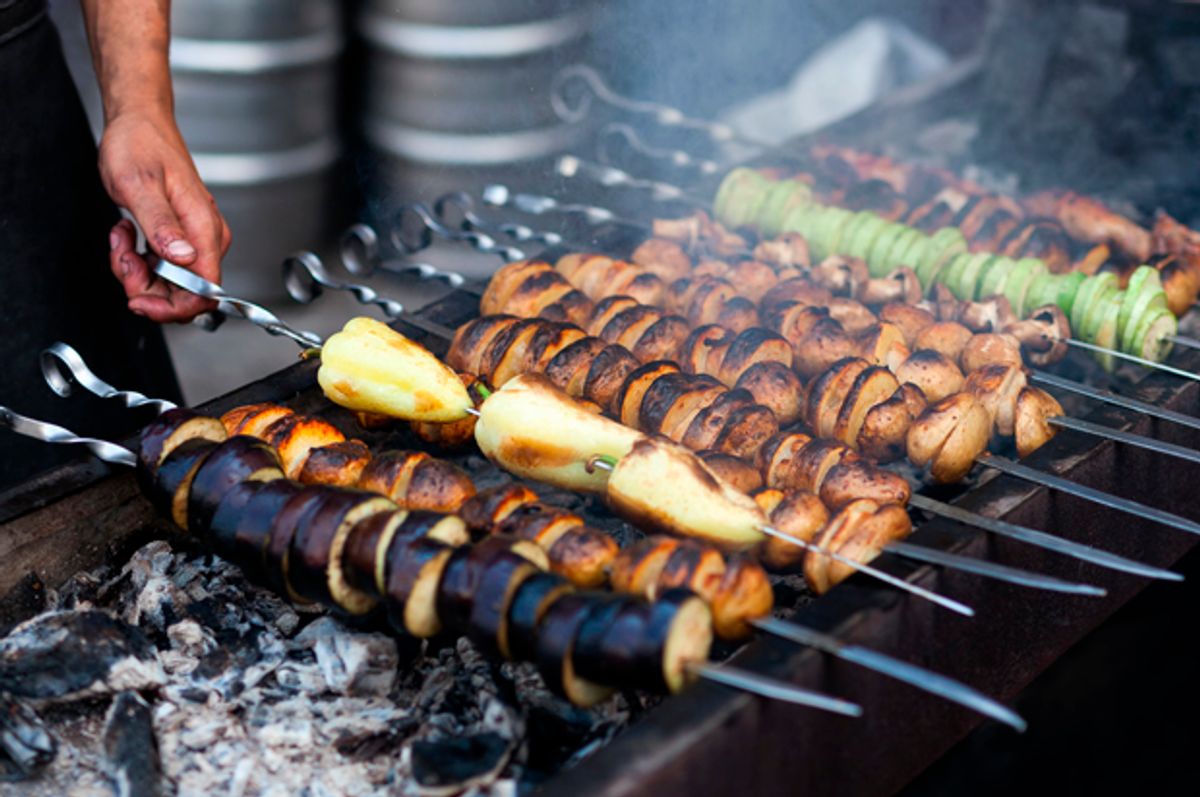 When Tyson Foods invested this week in a company that makes veggie burgers, it shocked industry observers. After all, Tyson isn’t just a company that dabbles in meat — it’s America’s largest processor and seller of all things carnivorous.

Indeed, there seemed to be no reason for the Arkansas-based behemoth, valued at $26 billion and known for its massive national network of beef, poultry, pork and egg farms, to purchase a 5 percent stake in Beyond Meat, a California-based maker of plant-based meat alternatives. Had the board gotten a collective cholesterol test? Perhaps they magically became attuned to changes in consumer tastes that could impact their businesses in the long-term. Or perhaps they were nudged.

It's an example of the power of shareholder pressure. Environmentally conscious activist investors, who had long focused their efforts on corporate polluters, are paying more attention to the long-term effects of industrial-scale animal-based agriculture.

“In the years to come we expect the cost of animal-based proteins to increase and be more volatile as potential costs related to public health crises and the transition to a low-carbon economy start to affect the livestock business,” Rosie Wardle, spokesperson for Farm Animal Investment Risk and Return (FAIRR), a London-based group of 40 European investors managing more than $1 trillion in assets, told Salon by email.

FAIRR, which claims several Swedish pension funds and British insurer Aviva among its members, sent letters to 16 major food companies, including consumer-goods behemoth Unilever, Kraft Heinz and Wal-Mart Stores, demanding they do more to reduce their dependence on animal-based ingredients in the products they manufacture or sell. The companies were not immediately available for comment on Friday, but Oreo cookie maker Mondelez, one of the companies that receive FAIRR’s letter, told Reuters late last month that it was aware of the issue. Wardle said it could take a few months to receive official responses from the companies on the list.

The U.S. is still a hugely carnivorous society, helped by generous government subsidies that keep the price of animal-based foods artificially low. But that could change in the future as people become more aware of the adverse environmental and health impacts of a meat-and-dairy rich diet.

Unlike outside activist groups, shareholders – especially large institutional investors like public pension funds – can have more sway on the behavior of companies that offer shares to the public. If enough investors band together, they can call for internal changes during companies’ annual shareholder meetings, also called proxy season, which occurs each spring. The process can be frustratingly slow, and the votes are nonbinding, but over time they can influence corporate behavior in everything from curbing executive salaries to demanding annual sustainability reporting. This past spring, the number of environmentally focused shareholder resolutions in the U.S. hit a record high of 94.

Historically speaking, shareholder activism has grown alongside stock investment, originating in the early 20th century among religious groups that demanded investment portfolios that weed out companies involved in alcohol and gambling. Later these efforts expanded to include weapons manufacturers and highly polluting industries. Today investors routinely look at so-called Environmental, Social and Governance (ESG) criteria to gauge which companies make sound investments. At the same time, hundreds of shareholder resolutions are considered each proxy season about everything from separating the roles of chairman and CEO at major banks to removing leather seats from luxury cars.

Just a few weeks before Tyson Foods’ announced its Beyond Meat investment on Tuesday, Green Century Capital Management, a group of environmentally focused mutual funds, demanded that the company provide investors with a risk analysis of the long-term financial impact of its heavy reliance on industrial meat and dairy production. In essence, Green Century wants to know how Tyson is planning for a future where livestock production could become more costly as governments crack down on carbon emissions.

“Shareholders request that Tyson Foods, Inc. report – within six months of the 2017 annual meeting, prepared at reasonable cost and omitting proprietary information – on the possible risks and challenges to Tyson and its investors from the increased prevalence of plant-based eating, and any specific steps the company is taking to address those risks and challenges,” the group said in a statement. Tyson is fighting to keep this shareholder resolution off the agenda and recently sent a letter to the Securities and Exchange Commission citing a rule that allows companies to avoid resolutions that would adversely impact their “ordinary business matters.”

Tyson might succeed in keeping Green Century’s resolution off the agenda next year, but other companies could begin to feel similar pressure from investor groups like Green Century and FAIRR in the future.

Businesses that cater to these alternatives, like Beyond Meat, Oregon vegan food company Heidi Ho! and almond milk producer Califa Farms in California's San Joaquin Valley generated $4.9 billion in U.S. sales in the 12 months ending in June, and demand for meat and dairy alternatives is growing faster than the grocery category, says Michele Simon, executive director of the Plant Based Foods Association a trade group of sustainable agricultural companies.

Simon and others have decried government policies that make it difficult for plant-based alternatives to meat and dairy to compete on a level playing field.

“Meat is artificially cheap,” Simon told Salon. “Of course it’s cheaper to make plant-based foods, but in many cases the finished products from plant-based producers are more expensive. A gallon of Almond milk versus dairy milk, for example, or some of fancy nut-based cheeses are more expensive, but a lot of that has to do with government policies.”

“It's no secret that we're currently not cheaper than most factory-farmed meats,” Frani Chung, vice president and group manager of Beyond Meat, told Salon in an email. “That said, as we scale, there is nothing to stop us from being cheaper than animal meat.” Chung added that reducing meat consumption, “leads to a more efficient process requiring fewer land, water, and energy inputs.”

Government support of the meat and dairy industry isn’t going away anytime soon, nor is America's love of animal-derived foods. But clearly neither are newly empowered environmentally focused activist shareholders.