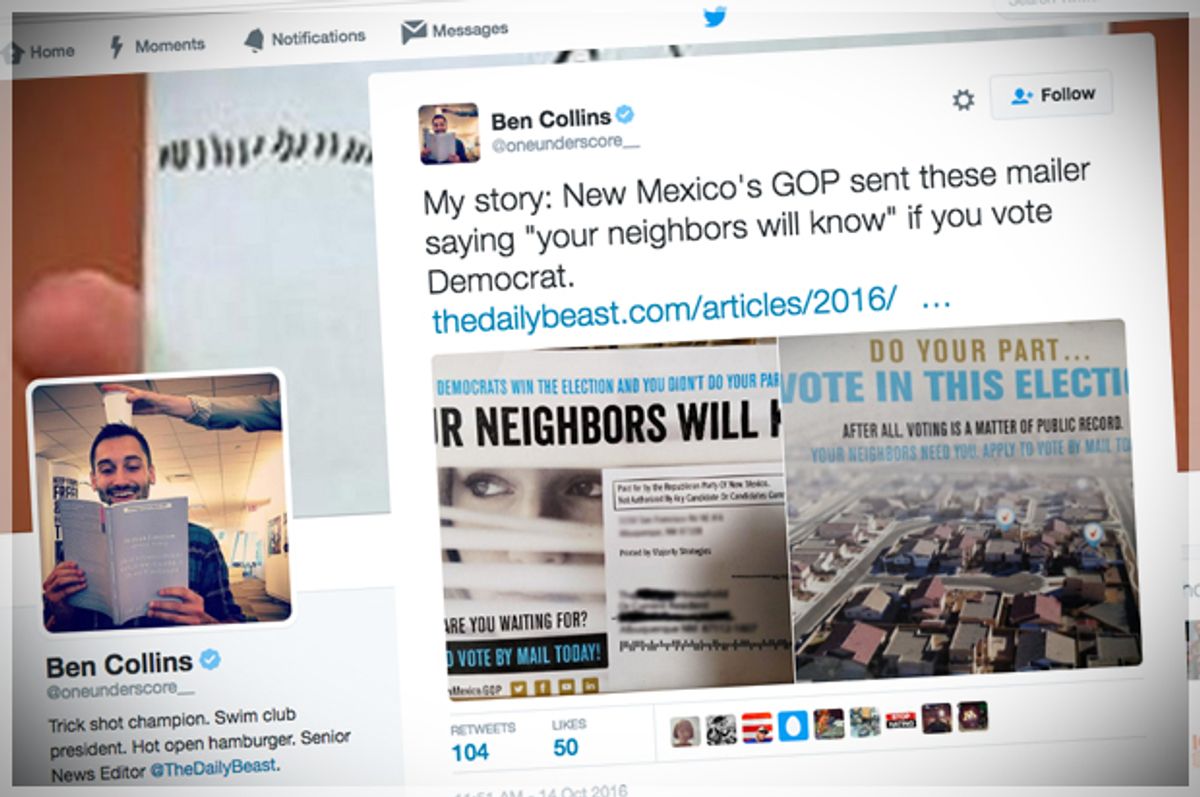 The New Mexico Republican Party mailed intimidating fliers to Albuquerque residents, warning those who vote Democrat that they will be outed because "voting is a matter of public record."

The menacing flier shows a paranoid woman peeking through the blinds of her window, ostensibly watching her no-good liberal neighbors who have the audacity to elect Democratic officials. On the flip side of the mailer, a bird's-eye view of a residential area has animated check marks hovering above certain homes, suggesting it will be known how people voted, and marked accordingly if they don't vote Republican.

While it's a matter of public record if you've voted, a secret ballot election ensures that no one will know how you've voted.

Voter intimidation has become a national issue this election as Republican presidential candidate Donald Trump has encouraged his supporters to monitor voting booths in a vigilante effort to prevent voting fraud.

An investigation by a law professor of municipal, primary, special and general elections from 2000 through 2014 revealed only 31 credible instances of voter fraud out of 1 billion ballots cast.

Democrats and Republicans alike have expressed concern that Trump's undemocratic language will normalize undemocratic behavior. These latest fliers from the New Mexico Republican Party demonstrate these concerns are valid.