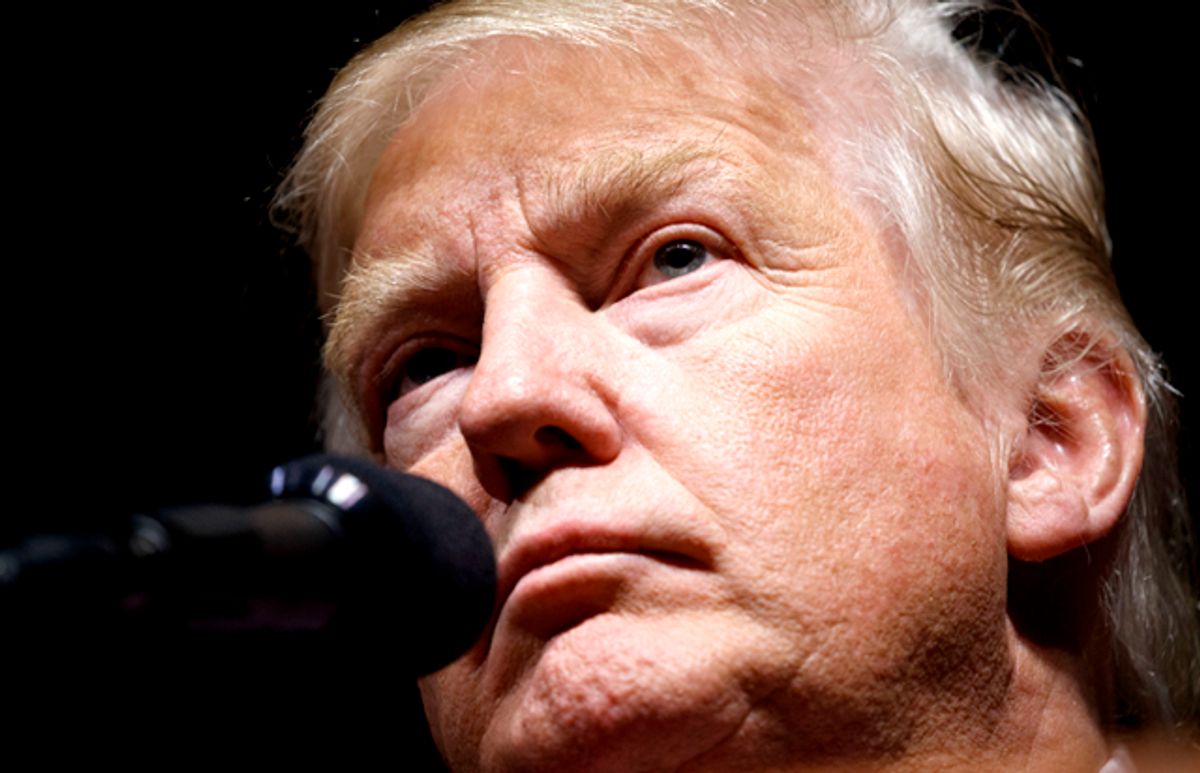 North Carolina should be a hotly contested swing state. In 2008 Barack Obama turned North Carolina into the leading edge of the Democratic resurgence in the South, narrowly snatching the state from John McCain, thanks to a surge in black voter turnout.

Mitt Romney managed to claw back the state into the Republican column in 2012 by juicing rural and suburban turnout enough to overcome the Democratic advantage in the cities. At the start of the 2016 election cycle, the state was expected to be one of the most hard-fought battlegrounds.

And up until a few weeks ago, the Tar Heel State indeed presented a toss-up: Depending on which polling model and aggregator you chose to believe, Donald Trump and Hillary Clinton were running about even in mid-September in North Carolina, with Trump probably enjoying a slight edge.

But after two bad debate performances, the release of the “grab them by the pussy” tape and an ever-growing number of sexual assault allegations, Trump seems to be fading. All the recent North Carolina polling puts Hillary Clinton up by low- to mid-single digits. As of this writing, FiveThirtyEight has given Trump less than a 3-in-10 shot of winning the state.

I went down to North Carolina this past weekend to see Trump speak to his supporters and break a malfunctioning teleprompter at a rally in Charlotte. Then I headed southeast to the wealthy suburbs of Union County to chat up some voters and get their impressions of the 2016 race and the Trump candidacy. What I found was a mix of voters who are either having a lot of difficulty backing the Republican nominee or who are voting Trump primarily because they can’t abide the idea of another Clinton presidency.

Union County is an area of North Carolina where Republican presidential candidates should expect to do well. It’s a populous county (the state’s ninth largest, per the most recent estimates), and it’s whiter, wealthier and more highly educated than the state as a whole.

In 2012 Mitt Romney scored one of his biggest statewide victories in Union County, beating Barack Obama by more than 28,000 votes. Walking through the Union County suburbs of Indian Trail and Weddington, however, I ran into a number of voters who would have been open to voting Republican this cycle but who are having a lot of trouble convincing themselves to vote for Trump.

“I’m actually considering a third-party candidate,” said Keith Garbrick, a 36-year-old civil engineer who has voted Republican his entire life but is now leaning strongly toward Libertarian nominee Gary Johnson. “It’s difficult to see a leader that’s as careless with his words and with his actions,” he said in explaining his resistance to Trump. “It just seems to be the complete opposite of what I would expect out of the Republican Party.”

When I asked if he would have been more amenable to voting for Trump before all the allegations of sexual assault starting coming out, Garbrick said yes. “It wasn’t the best candidate we could have put forward, but I think it was one that was tolerable,” he said.

The sexual-assault allegations against Trump have also influenced Tommy Crawford, a 57-year-old transportation worker whom I spoke to at a coffee shop in Indian Trail. A self-identified independent who has voted for Obama twice, Crawford said he is still undecided but lately has begun leaning toward Clinton. I asked him why, and he said that while he once had been open to the idea of backing Trump, “the accusations towards women and the bus, the video with the bus — I think that was it.”

That sentiment, Crawford added, was common among his friends and associates. “The people I know are more and more now leaning towards Hillary because of the last few weeks,” he said.

“I just think Trump — he doesn’t know what he’s doing, and he’s an idiot,” said Eric Schafer, a 26-year-old nonprofit employee who voted Republican in the last two presidential elections and supported Gov. John Kasich in the Republican primaries. “I feel like if he’s elected, we’re going to have some sort of war.”

For a Republican trying to win North Carolina in 2016, voter reactions like these are not at all what someone would want to hear. After eight years of Democratic rule in the White House, a GOP candidate should, in theory, have a good shot at pulling together solid Republicans and persuadable independents into a pretty strong coalition. But few of the Union County Trump voters I talked with had much enthusiasm for the nominee. They were more animated by a desire to keep Hillary Clinton out of the White House.

“She is crooked; she is a criminal;  she is just not a good person,” said Terry McDonald, a 45-year-old hospitality industry employee told me when I asked him why he supported Trump. “She’s a mean, mean person, whereas he’ll make some change,” he added. “He may not be the best candidate, but he’s all we got.”

Jori, a Trump-supporting supermarket employee in Weddington, told me that Trump “doesn’t really try to cover up the fact that he’s an idiot, as far as the remarks he makes about women.” But she added, “Hillary, she’s no better;, she’s just as bad.”

Kerry Scialabba, a 45-year-old stay-at-home mom, also planned to vote Trump but with reservations. “I don’t know that I’m totally in for Trump, but I am totally opposed to Hillary Clinton,” she said. Her concerns were Trump’s “quick mouth” and the sexual-assault allegations. “I’m hoping that if he did that, he’ll learn from this and move forward and make amends for what he’s done,” she said. “It wouldn’t change my vote in the election because I feel like we’re looking at the country as a whole and where we need to go, and he’s going to be the right person between the two of them.”

I had many variations of this same conversation with lots of voters in a county that should be fertile ground for a Republican presidential nominee. They either can't quite come around to backing Trump or they're convincing themselves that he's the lesser evil. Right now, it seems like the best thing Trump has going for him in North Carolina is the fact that he’s running against Hillary Clinton.