Forests in southern states are disappearing to supply Europe with energy

In the past 60 years, the southern U.S. lost 33 million acres of forests even though biomass is not carbon neutral 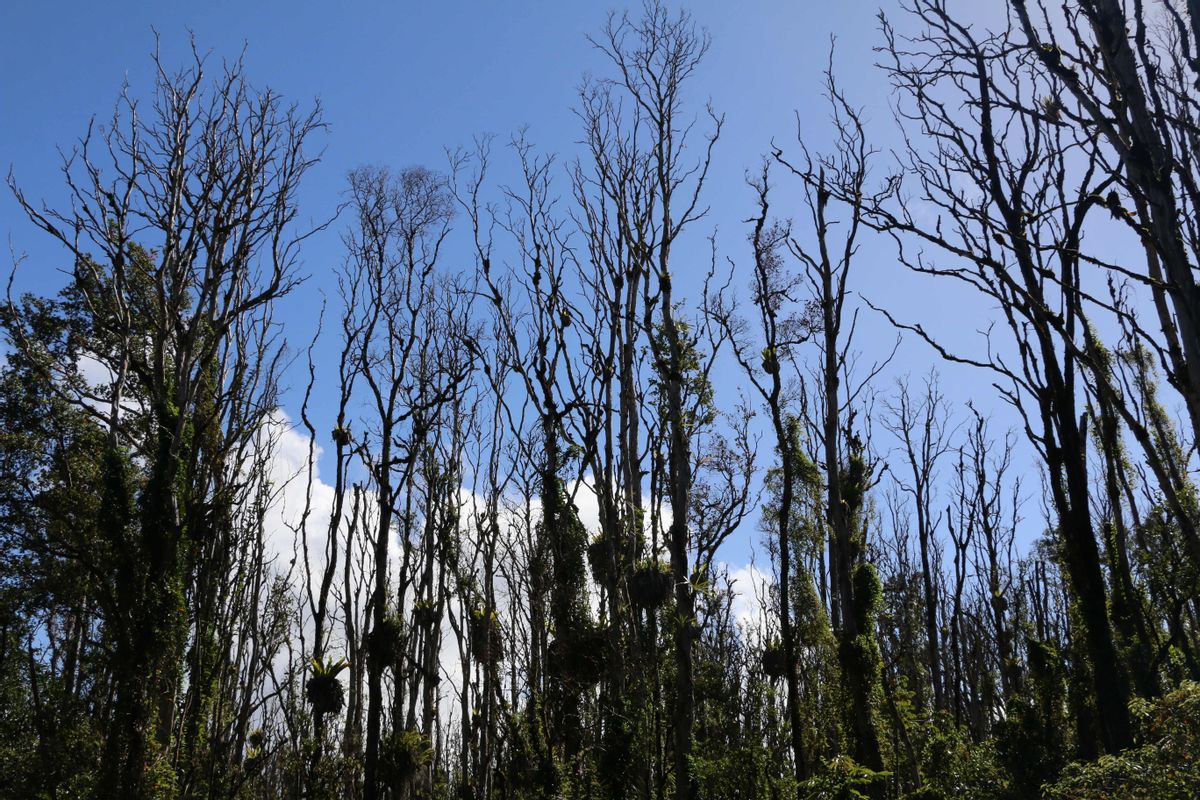 Hurricane Matthew and the aftermath of devastating flooding across the Carolinas has been a dramatic example of the costs our communities have to bear in the face of increased impacts from a changing climate. It is yet another reminder that it’s high time we get serious about addressing global climate change and reducing carbon in our atmosphere. But not all solutions are created equal and one in particular is actually making matters worse for the climate, forests and our communities.

In the past 60 years, we've lost 33 million acres of natural forests in the southern U.S. Many of them are coastal wetlands forests, which act as life jackets against hurricanes for coastal communities. These forests would have helped to save homes and lives in eastern North Carolina from the ongoing impacts from Hurricane Matthew—if they were still standing.

The intense European demand for wood pellets has put at risk 15 million acres of unprotected southern forests (about the size of West Virginia), and more than 600 imperiled, threatened or endangered species. It's become abundantly clear: Now is the time to act to protect southern forests.

In 2009 the European Union, in an admirable and necessary effort to increase renewable energy and reduce carbon emissions, passed a new energy policy. This policy considered any and all biomass material as “renewable energy.” It created a major loophole for energy companies, allowing them to now burn forest wood from industrial timber operations in power stations—and receive government incentives to do it. It raised a critical question: Where would Europe get all this wood to feed a growing demand? Energy companies quickly turned to one of the world's largest wood-producing regions: the southern United States.

In just a few years, the southern U.S. has become the world's largest exporter of wood pellets, the prefered form of biomass for industrial use. Last year alone, over 5 million tons of wood pellets were exported from the South directly to markets in Europe. This arrangement has had serious impacts on the climate, communities and forests of the region.

While biomass was sold to policymakers and the public as clean, green energy—using only waste wood and providing massive carbon savings—emerging science and on-the-ground evidence have shown quite the opposite. In recent years, industrial biomass companies have been exposed by organizations and leading media outlets to be sourcing whole hardwood trees from endangered wetland habitats for their pellets—evidence contrary to misleading industry promotionsof their use of sawdust and “waste” wood.

A recent comprehensive report by the EU commission found that “logging residuals (tops and limbs) are less suitable for industrial wood pellets due to high ash content.” As a result, “large industrial pellet mills … are not currently utilizing this feedstock category in any significant quantity.” Disclosures by Enviva, the leading wood pellet manufacturer, show that approximately 80 percent of their feedstocks come from hardwood forests.

In addition, the notion that biomass is a "carbon neutral" energy source is scientifically unsound and based on a "serious carbon accounting error." According to the U.K. government's own science, the biomass that is sourced from whole trees can be up to four times worse than coal for the climate. It's a major problem for industrial biomass, since there is no possible way to meet Europe’s current demand without logging whole trees.

Allowing the biomass export industry to expand at current rates is a threat to us all. Renewable energy policies in Europe and in the U.S. are promoting cutting down our best defense against climate change in order to address climate change. For the health and safety of our planet and communities it’s imperative that we stop the unchecked growth of this dirty industry. At this critical moment, we must be supporting true renewables like wind and solar while valuing the standing natural forests that we have left.

This month, we have a great opportunity to influence the European policy for bioenergy, a policy that has great implications in the southern U.S. and across the globe. The European Commission is currently working on a new policy that will shape the future of bioenergy that is expected to be finalized by the end of November. Our participation will help ensure that this new policy protects forests, communities and the environment, and truly combats climate change.