The new list of nominees is pretty dismal, but it's good to see The Zombies, Kraftwerk, Tupac and some others 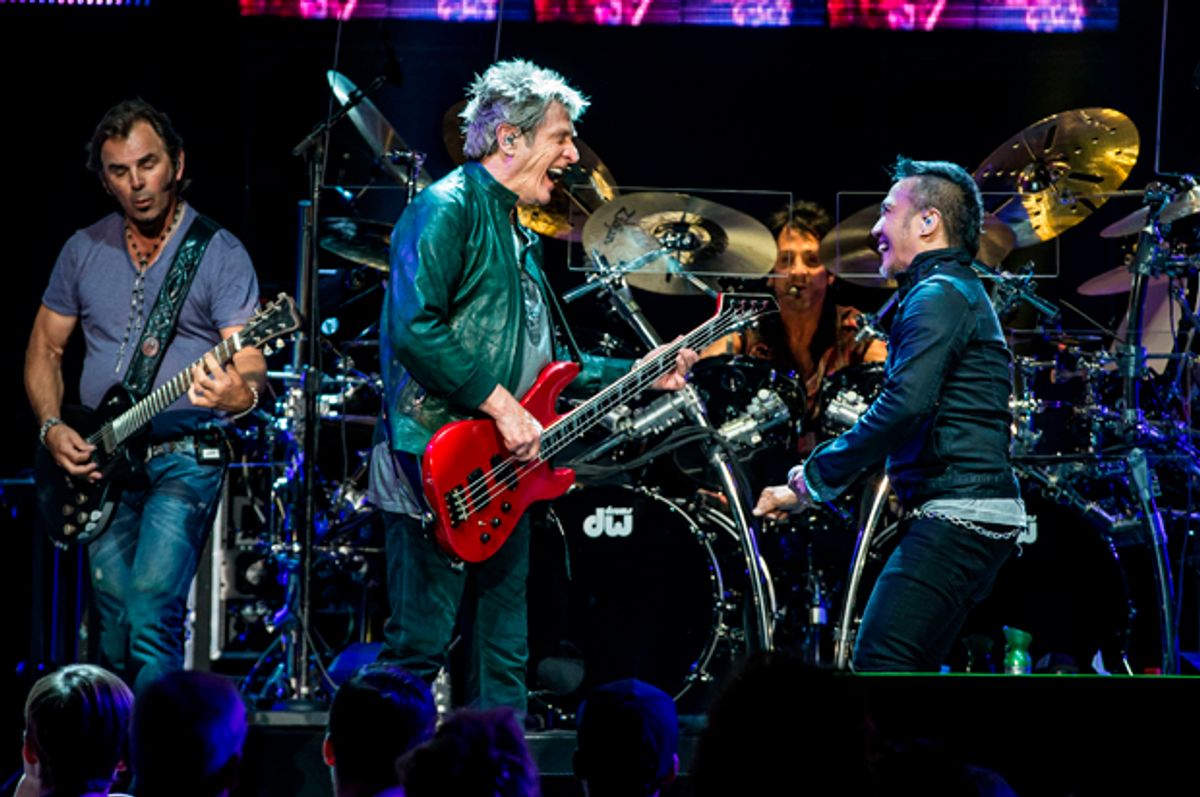 Since it opened, the Rock and Roll Hall of Fame has fielded about as much criticism as you’d expect. Why is this band in, and that band not in? There have been mini-controversies: Does a genre as self-consciously scruffy as rock music need a hallowed hall like this one? Is hip hop rock ’n’ roll? How much should popularity weigh against traditional critical values like innovation and influence?

Some of the debate has been fair, some of it hasn’t. But this year, with its latest announcement of 19 nominees, the Hall may have hit a new low. A new wave of criticism of its value system is fully justified. Let me try to offer mine, as well as a few endorsements.

The class of 2017 nominees include Kraftwerk, Pearl Jam, Depeche Mode, Tupac Shakur, Janet Jackson, The Zombies, The Cars, and Bad Brains. Some of these are perfectly reasonable choices — Depeche Mode’s lyrics are pretentious-adolescent and their music pretty cold, but they were the leaders of a subgenre, synth rock, that seemed interesting for a few years.

Some of these bands don’t really belong in something called a Hall of Fame — Steppenwolf, for instance, hardly had a major career; it fills the Boomer nostalgia slot filled last year by the Steve Miller Band nomination. Still, “Born to Be Wild” is a great song, and it’s hard to imagine anyone doing it better. Electric Light Orchestra have a more exciting name than set list.

At least one nominee is far from obvious. The D.C./ New York group Bad Brains put punk, reggae, funk, and later metal together in a blend that should not have worked but did. The Beastie Boys and Living Colour might not exist without them.

But let’s come back to the rest of the list in a minute. What stand out here is two of the most overplayed bands is history: Yes, and Journey. Please, whoever nominated these groups, step away from the ballot box.

Journey stands, alongside REO Speedwagon, Foreigner, Styx, and a handful of others as an exemplar of one of the worst, least inventive periods of rock history — the corporate rock movement that was marked by bland playing and generic songwriting. Of all of them, Journey may have had, with Steve Perry, the most annoying lead singer. “Don’t Stop Believin’ ” is lodged permanently on AOR radio, television shows like “Glee,” and in the karaoke and covers repertoire. Forget ear worms — it’s the musical cockroach we’ll never kill. But please, can’t we just agree that this band’s career was a big mistake, try to forget about them, and just leave it at that?

Yes, on the other hand, is a band that once had real musical ambition as leaders of the “art rock movement.” But their classical-rock fusions sound studied now; they never had the imagination or drive of, say, King Crimson. And they are, like Journey, led by an awful lead singer. Can we remove “Owner of a Lonely Heart” from radio forever and just pretend that ‘80s comeback never happened?

One nomination that will warm the hearts of many Gen Xers is Pearl Jam. Despite the overwrought arena-rock dreck of the band’s early records, their whole career looks more substantial, and marked with more integrity, than the majority of groups nominated this year.

Still, they don’t come in near the top for me. The top five vote-getters will be inducted in next year’s class; here are my votes.

The Zombies: It’s great to see a band with some of the best melodies and finest vocals in the history of the genre, and who will tour the U.S. next year to mark the half-century mark of their psychedelic masterpiece “Odessey and Oracle.” It’s worth noting that the Hall nominated the tuneful Englishmen in 2013 and failed to vote them in: The rising tide around the band may make this their year.

Tupac Shakur: He may be best known for his mysterious murder. But Shakur was a serious political songwriter, a rare hip-hopper who could summon vulnerability in his songs, a great rapper, and a musician with a substantial legacy and following.

The Cars: The Boston New Wavers were hardly great innovators, but they wrote some of their era’s catchiest songs, combined old influences in a smart way, and singer Ric Ocasek became an important producer. It’s hard not to like The Cars.

Kraftwerk: The German group originated Krautrock by combining science-fiction themes with classical minimalism. As a series of U.S. recent shows have demonstrated, the group remains an icily compelling and hypnotic live act that makes good use of visuals.

Chic: Hardly a major band, but a group that found common ground between rock and disco (which is still unrepresented in the Hall of Fame.) Chic came up with timeless and energetic songs like “Le Freak” and “Everybody Dance.” Guitarist Nile Rodgers worked with everyone from Bowie and Bryan Ferry to Grace Jones. For what it’s worth: The group has been nominated by the Hall nearly a dozen times.

This is a body, by the way, that has nominated but refused to induct The Smiths, De La Soul, PJ Harvey, and Los Lobos. So there’s no reason to expect they will vote intelligently this time around.