Ivanka Trump distances herself from Donald Trump, Republicans: "I am not a surrogate. I am a daughter"

Speaking as a daughter, and not as a surrogate, Ivanka Trump insists her father will not contest election results 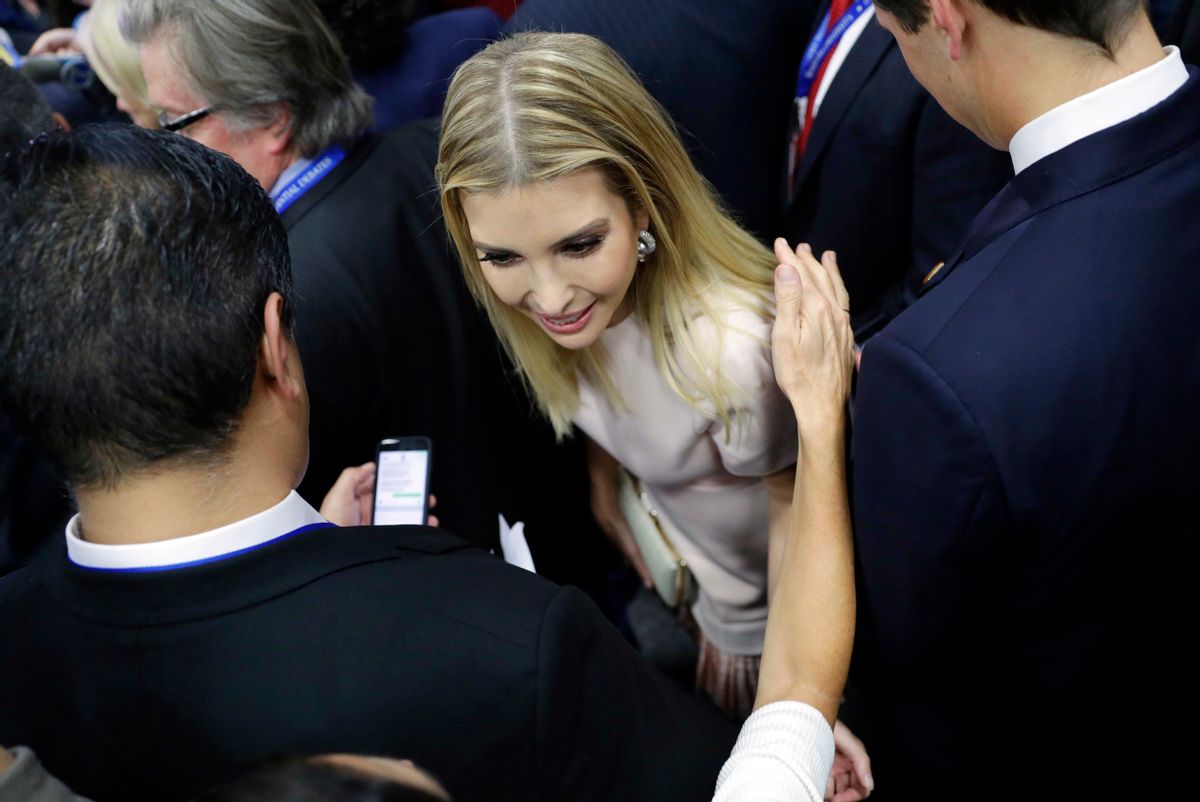 Ivanka Trump, whose father, Republican presidential candidate Donald Trump, is freefalling in the polls, wants to make it clear that she's not a surrogate for the GOP nominee.

Trump spoke at the annual Most Powerful Women Summit on Wednesday and played down her role in the campaign.

“I am not a surrogate. I am a daughter,” she said.

Even though she dismissed the “surrogate” title, Trump has had a prominent role in the campaign, giving a primetime speech during the Republican National Convention, and constantly exonerating her father from the numerous sexual assault allegations against him.

Now her father’s presidential bid seems to have harmed the family brand, with future real estate projects even avoiding the Trump name. Trump denounced her father's vulgar comments about women, and also spurned his policies as well.

In her interview Wednesday, Trump rejected Republicanism and suggested she does not share the same political views of her father:

“I stood in front of the RNC and shared that I am an Independent, which is very consistent with many other Millennials and many other people. I am not dogmatically aligned with any party. And I share my thoughts with my father very candidly. But I do dismiss this idea of a surrogate.”

Trump was asked if her father will accept the results of the election if he loses, a prospect that becomes increasingly unlikely as the candidate continues to whine about voting fraud and unfair treatment from the media.

"I believe he will accept the outcome either way," she said.

Trump then put on her surrogate hat and rebuked the media's coverage of her father's campaign.

"Do I think it’s rigged? From a media perspective, it is very hard to get an accurate portrayal of who he is as a person or the business he has built--his professional accomplishments. It is borderline impossible. In large parts, we have stopped even trying with the mainstream publications."

Watch a clip of Trump's interview below, courtesy of NBC News: