Salon Talks: Donald Trump's critics can't "throw stones at him” — a woman explains why she supports the GOP nominee 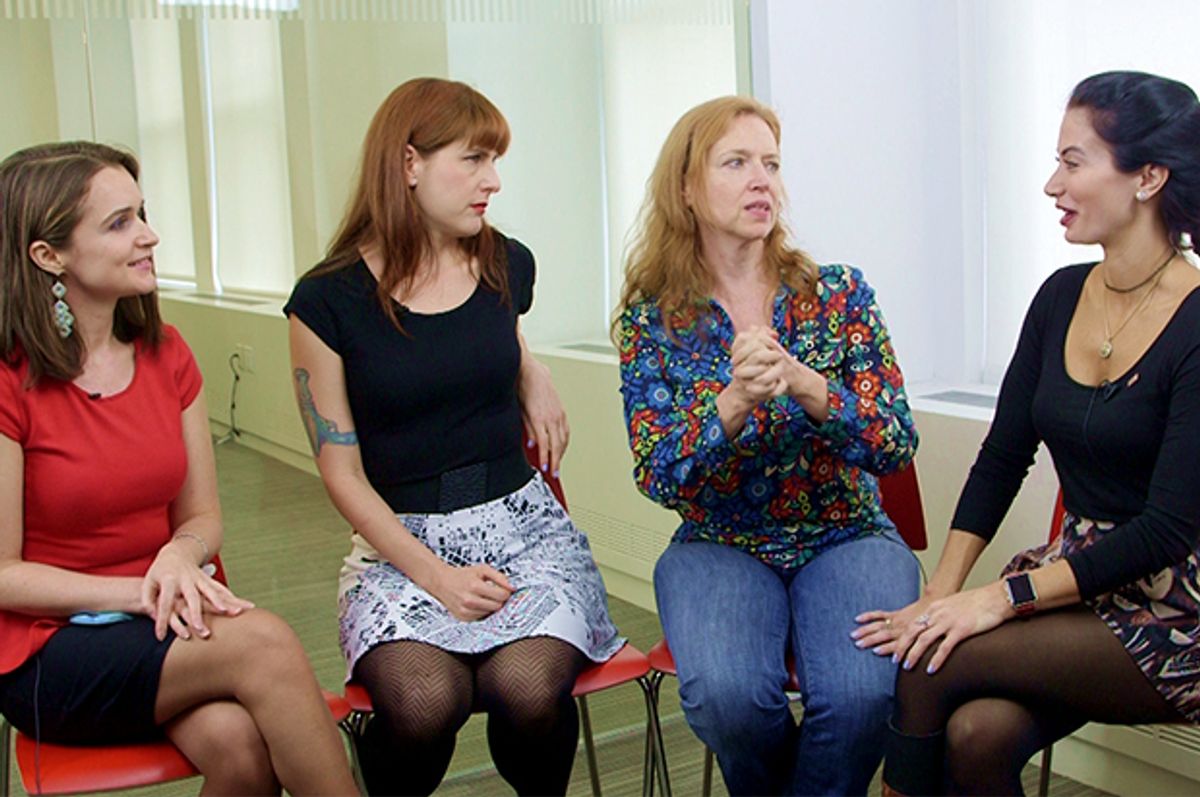 On Monday’s “Salon Talks,” Salon writers Carrie Sheffield, Amanda Marcotte and Mary Elizabeth Williams were joined by Amanda Head, host of The Hollywood Conservative, for a roundtable discussion. The conversation honed in on the leaked audio of Republican nominee Donald Trump’s lewd comments and how they have affected women voters.

When asked to explain how Trump is a positive advocate for women’s issues, Head said people “can’t really throw stones at him,” implying others have taken similarly contradictory stances. As an example, she compared Trump's comments to Michelle Obama's calling Beyoncé a positive role model.

Marcotte rebutted Head’s point by saying, “I’ve never ever once bragged about grabbing people by their genitals, so I feel comfortable throwing that stone.”

Trump’s comments have certainly landed him in a peculiar position with women voters. The discussion also highlighted the impact he would have on the Supreme Court, his tough stance on immigration and whether he will hold true to his campaign promises.

In an attempt to persuade Williams to cast her vote for Trump, Head said, “In the words of the man, What have you got to lose?”

What the full interview below: