BULLSH**TER OF THE DAY: Mark Halperin, for his theory that the common folk aren't much about democracy

What better show than "Morning Joe" to spout off about the "revenge of the elites?" 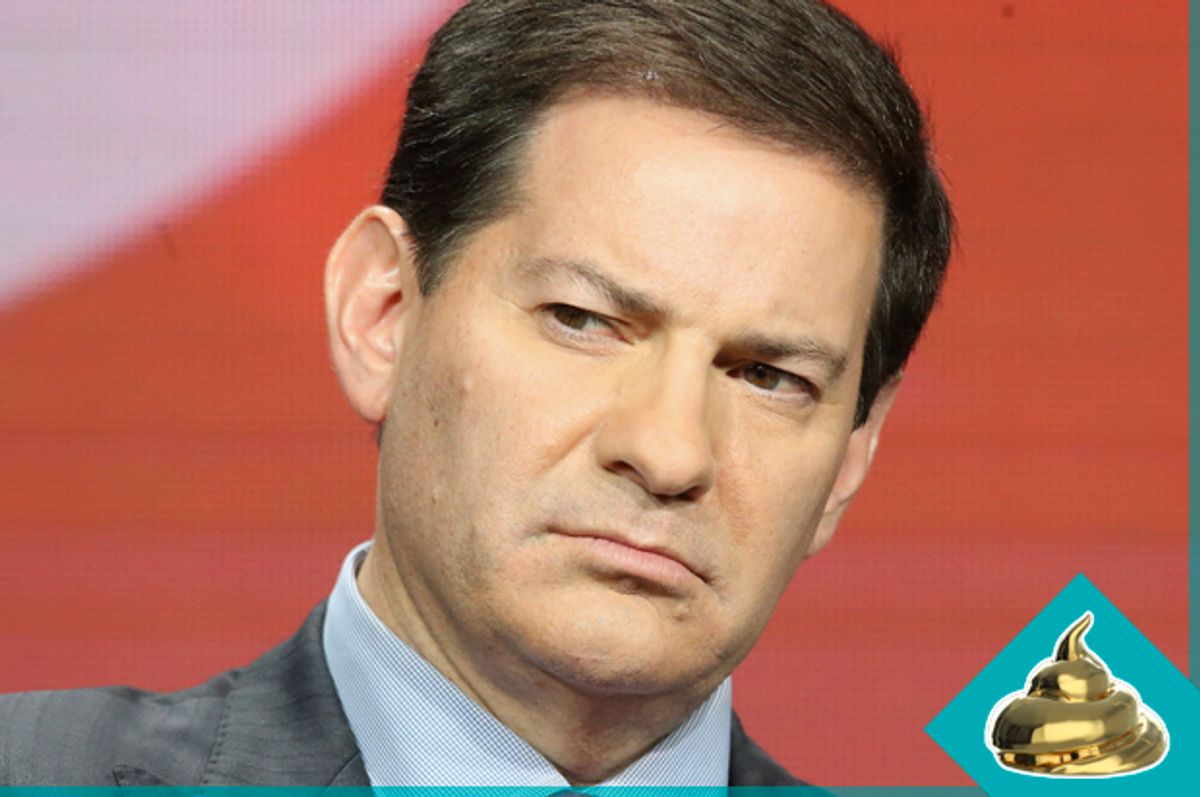 "But there's no doubt that it's the revenge of the elites. Elites do not accept that that was an appropriate answer . . . [the elites] look at this answer as wrong, morally wrong, against our traditions. And so the elites have the power to make this the whole debate. Kellyanne Conway and others came into the spin room afterward and said, "Why are you seizing on one moment?" Well, because it's a moment that is out of sync with everyone else on his campaign. It's a moment that offends the sensibilities of elites. And it's a moment that will dominate forever what this debate is about. I think what he said was wrong and his tone was wrong and it was an unforced error but there is no doubt, Joe, you're right, normal people won't care about that answer."

Who said it?
Co-managing editor of Bloomberg Politics and co-author of "Double Down: Game Change 2012" Mark Halperin

Halperin was talking to Joe Scarborough on MSNBC's "Morning Joe" about the third and last presidential debate and bemoaned the fact that Trump's "I'll keep you in suspense" comment might possibly overshadow all of his other childish nonsense.

He is correct to say that Trump's answer was wrong. It is wrong because Trump is basically undermining the longest-standing democracy in the world, and playing out his dictatorial fantasies again. But that's not really what Halperin is talking about. He is quickly passing over Trump's rejection of democracy to focus on probably the most patronizing message (in an election with plenty to go around): that "plain" people, the ones not drinking soy lattes (as Scarborough defines the "elite"), don't really care about democracy, they have "other" issues. The irony is that in his attempt to distinguish himself from the elites, Halperin manages to paint himself as the one sitting in the ivory tower.

Halperin is known for being a political analyst who is always wrong with his analysis. A minor shortcoming, to be sure, in a white male journalist. But perhaps what launched him to Twitter superstardom was when he said Obama was "kind of a dick."