By Trump's logic, Clinton won Wednesday's debate because she had the questions...but he's just admitting he lost 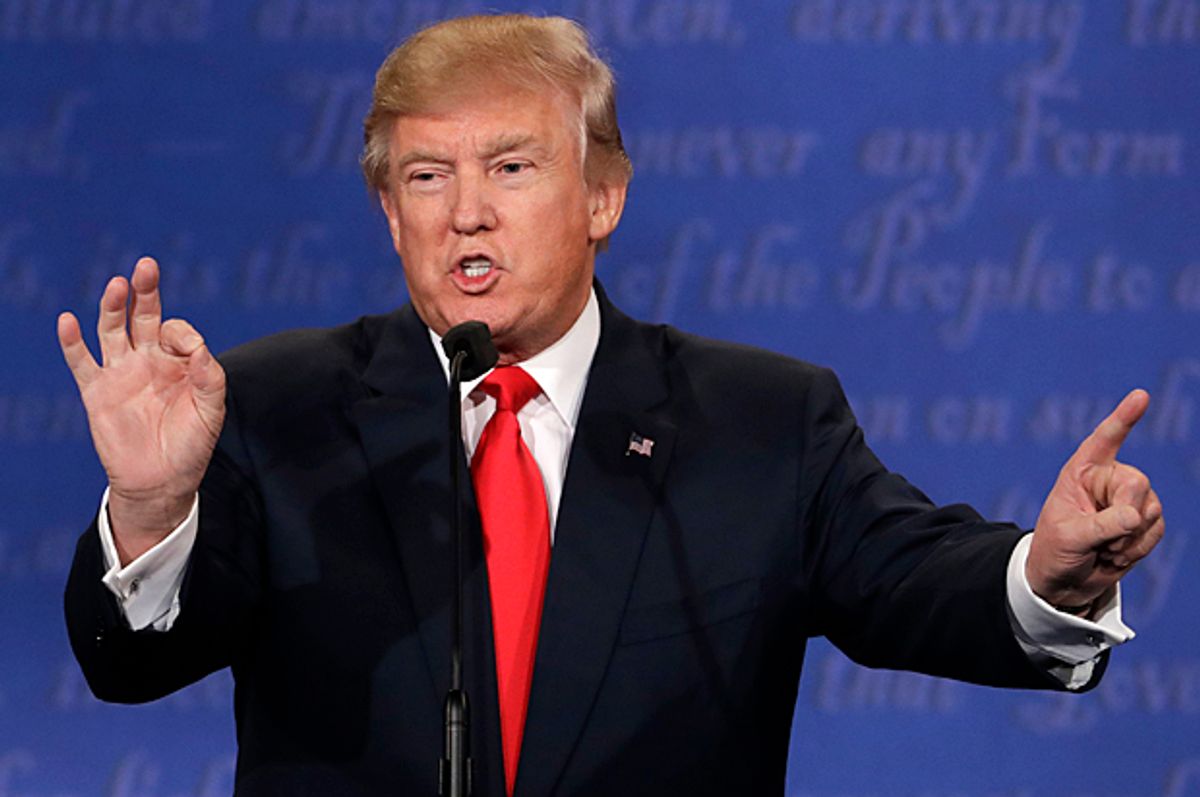 Amongst the John Podesta emails released by WikiLeaks last week was an email with the subject line, "From time to time I get the questions in advance." It was reportedly sent from Democratic National Committee interim chair Donna Brazile in March of this year.

In a speech Thursday, sore debate loser Donald Trump used this alleged email as evidence to say that Hillary Clinton was fed the questions before Wednesday's third and final presidential debate.

Thursday morning, Trump said that Clinton was given the questions in advance of Wednesday night's debate — something that was gaining traction in right-wing circles.

Why didn't Hillary Clinton announce that she was inappropriately given the debate questions - she secretly used them! Crooked Hillary.

Hours later, at a speech in Ohio, Trump said, "It was just learned that Hillary Clinton was given the exact questions to a previous debate word for word by Donna Brazile who is now under tremendous pressure to resign from the DNC, as she should be. She should resign. Trump called it "cheating at the highest level and asked, "Why shouldn't Hillary Clinton resign from the race?"

In a Fox News interview with Megyn Kelly following Wednesday's debate, Brazile denied that she received a question about the death penalty in a Democratic town hall debate.

In March, Brazile was still at CNN and is a political commentator and strategist for the station. She was named chairperson of the Democratic National Committe in July. Brazile replaced Debbie Wasserman Schultz who stepped down after a differet WikiLeaks dump of emails connected her in undermining Sen. Bernie Sanders' campaign.

Later in Delaware, Ohio speech, Trump said that Secretary Clinton gave perfect answers to the questions because she studied and essentially conceded his own loss at Wednesday nights debate. He proceeded to conjecture an account in which Secratary Clinton received the questions, and failed to announce before the debate that a mistake had been made whereby she was made aware of the questions.

"Can you imagine if I got the questions?" Trump asked his disciples. "They would call for the reestablishment of the electric chair."