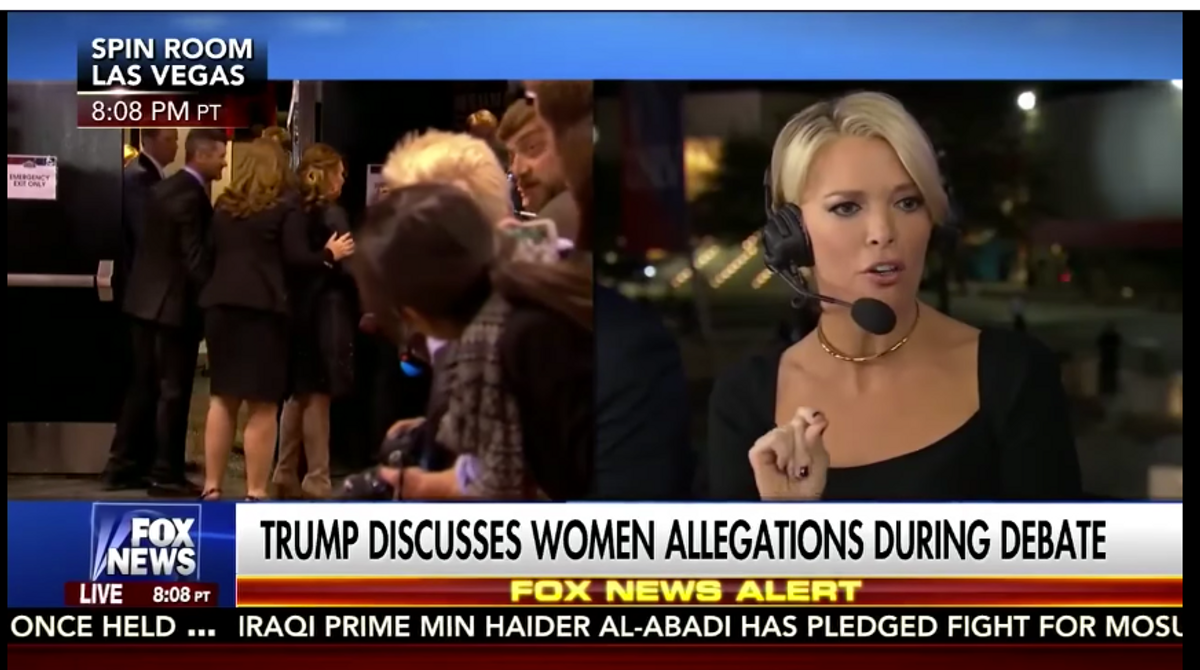 Following Wednesday's debate, Fox New's Megyn Kelly made another vain attempt to call out Trump's sexist comments about women. In her continued crusade against sexism in this election, Kelly questioned Jason Miller, a Trump aide, about why the Republican nominee lied about saying that he couldn't have assaulted the women who came forward last week because they weren't attractive enough. Miller embraced Trump's lie-and-deny tactic by saying that that no one is even talking about the sexual assault allegations anymore.

"Well, he held a number of big rallies where he said that he could not possibly have done those things to those women because they were not attractive enough for them to be assaulted," said Democratic presidential nominee Hillary Clinton.

But, as Kelly pointed out using rally clips, he did say that. "Look at her. I don't think so," and "Believe me, she would not be my first choice" Trump stated during rallies last week.

Responding to the rally clips, Miller told Kelly that Trump was clearly talking about the accusers' words and that the words were not credible. "You could tell from her face that she wasn't credible?" Kelly asked.

Miller questioned the accusers' credibility: "Look, what people want to see is who's going to be the leader that gets this country back on track. That's what people want to talk about. They're not talking about this, Megyn." Miller awkwardly attempted to redirect the conversation by grabbing at strings like credibility and other issues, but never actually answered Kelly's question.