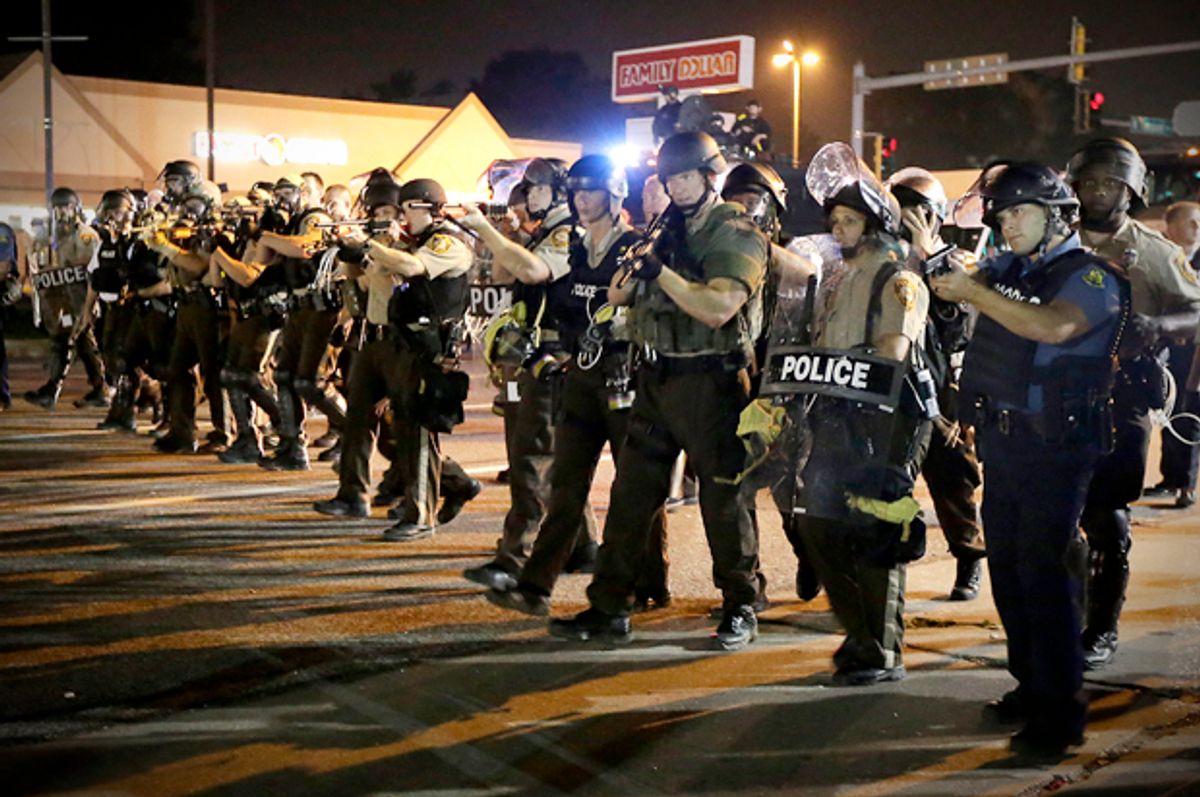 Human rights attorneys filed a lawsuit against the Federal Bureau of Investigation and Department of Homeland Security on Thursday for failing to release documents on the agencies' surveillance of Black Lives Matter protests and activists.

The lawsuit was filed by the Center for Constitutional Rights and the Milton A. Kramer Law Clinic Center at Case Western Reserve University School of Law.

Federal surveillance of activists started when the Movement for Black Lives began during protests against the police killing of an unarmed black teenager, Michael Brown, in Ferguson, Missouri. A July 2015 Intercept report by journalist George Joseph revealed that, according to documents obtained through a Freedom of Information Act request, the Department of Homeland Security has collected information, including location data, on peaceful Black Lives Matter protests.

The Center for Constitutional Rights noted in a statement that while previous lawsuits have sought information on surveillance of Black Lives Matter activists by local authorities, its new lawsuit involves federal authorities.

Attorneys argue in the filing that the surveillance chills protesters' rights to speech and assembly, violating the First Amendment, and invades protesters’ privacy, infringing on their Fourth Amendment rights. They also say the government monitoring targets citizens based on their race and political viewpoints.

"Such monitoring is reminiscent of the surveillance of the Black Panther Party, which was a target of the FBI’s notorious illegal COINTELPRO program," the Center for Constitutional Rights said in the statement. The lawsuit was intentionally filed this week to mark the 50th anniversary of the founding of the Black Panther Party, on Oct. 15, 1966, the legal group noted.

A September 2016 report in The Guardian, also by Joseph, revealed that the New York Police Department collected information on the Movement for Black Lives and even sent undercover officers to monitor protests.

The new lawsuit was filed on behalf of the civil rights organization Color of Change.

In July 2016 Color of Change and the Center for Constitutional Rights filed a Freedom of Information Act request for material about the monitoring of the Movement for Black Lives and protests against police violence, the criminal justice system and systemic racism.

The Center for Constitutional Rights said it went months without receiving any documents and got little response, from the FBI and DHS. The legal organization and Color of Change filed the federal complaint Thursday in the Southern District of New York.

“Just like in decades past, fatal police shootings of Black people continue with alarming frequency, as does the unlawful government surveillance of those who speak out against it and protest,” Omar Farah, a staff attorney at the Center for Constitutional Rights who's working on the case, said in a statement.

“The public has the right to know how and why the federal government is surveilling constitutionally protected activity in response to police violence,” Farah added.

The Center for Constitutional Rights was the primary group behind the litigation challenging the constitutionality of the NYPD's stop-and-frisk program. In 2013, in response to the group's landmark civil-rights case, a federal court found the policing unconstitutional and racially discriminatory.