Many called Wallace "fair and balanced," but the premise of his "partial-birth" question was a right-wing myth 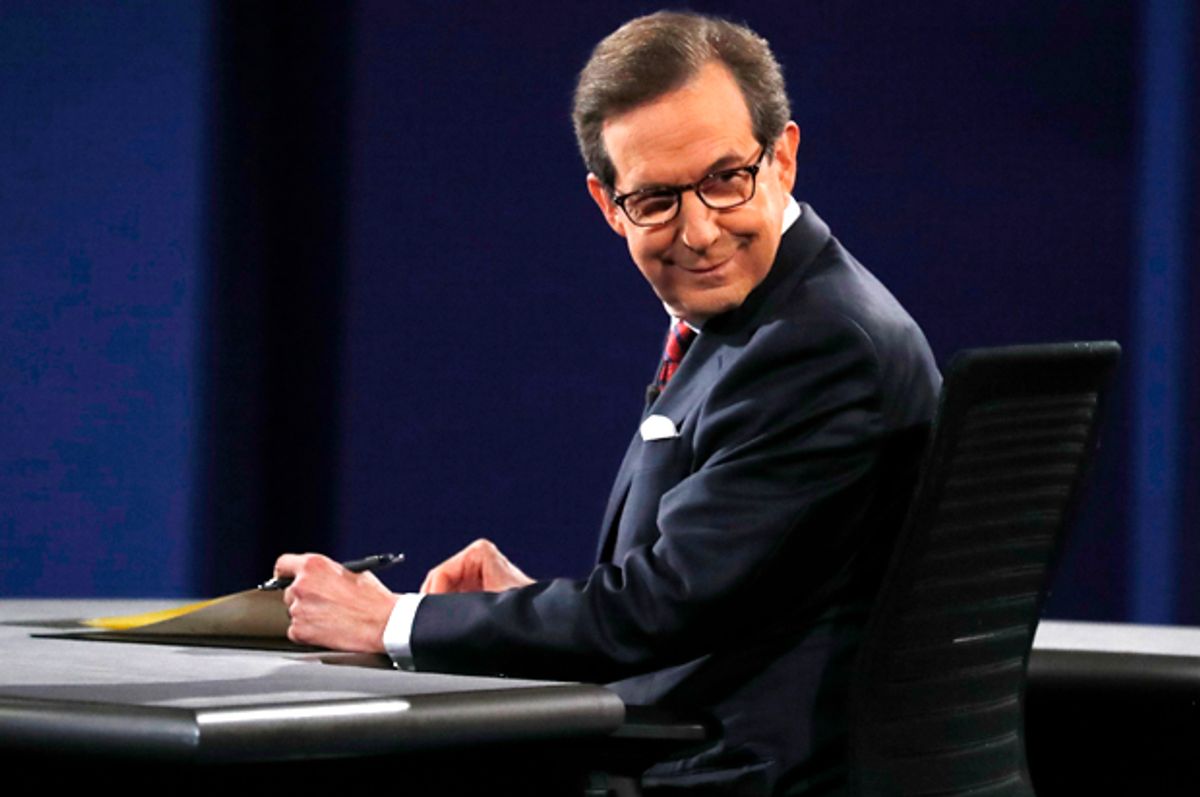 From the moment it was announced that Fox News would be granted its first presidential debate moderator, host Chris Wallace has come under intense public scrutiny. The conservative host only fueled more complaints ahead of the third and the final debate when he announced his belief that debate moderators should not fact-check the nominees, a disturbing stance in a race featuring perhaps the most dishonest candidate ever to run for the White House.

But according to reactions on social media, Wallace quickly won over skeptics with his opening question Wednesday about the Supreme Court that focused on a specific second amendment ruling.

Soon thereafter, the praise came rushing in after Wallace became the unlikely first moderator to ask about abortion during a presidential debate.

But most of the chatter over Wallace being the first debate moderator to bring abortion to the national stage overlooked the false right-wing premise was based upon.

“I’m going to give you a chance respond but I want to ask you, Secretary Clinton, I want to explore how far you believe the right to abortion goes. You have been quoted as saying that the fetus has no constitutional rights. You also voted against a ban on late-term, partial-birth abortions. Why?” Wallaced asked Clinton.

In the set-up of his question it is hard to determine what Wallace means by "late-term, partial-birth abortions" but Trump ran with Wallace's language and described this horribly inaccurate illustration of abortion -- likely confusing it with a Cesarean section birth.

“If you go with what Hillary is saying, you can take baby and rip the baby out of the womb of the mother just prior to the birth of the baby,” Trump asserted.

Contrary to both Wallace's false premise and Trump's outright falsehood, there is no such thing as a "partial-birth abortion."

As Media Matters' Sharon Kann explained, the term “partial-birth” abortion is a fabricated, non-medical term "coined by anti-choice groups to vilify and stigmatize individuals who elect to have an abortion."