If the goal of the debate was to tell as many lies as possible in a 90-minute period, Trump won handily 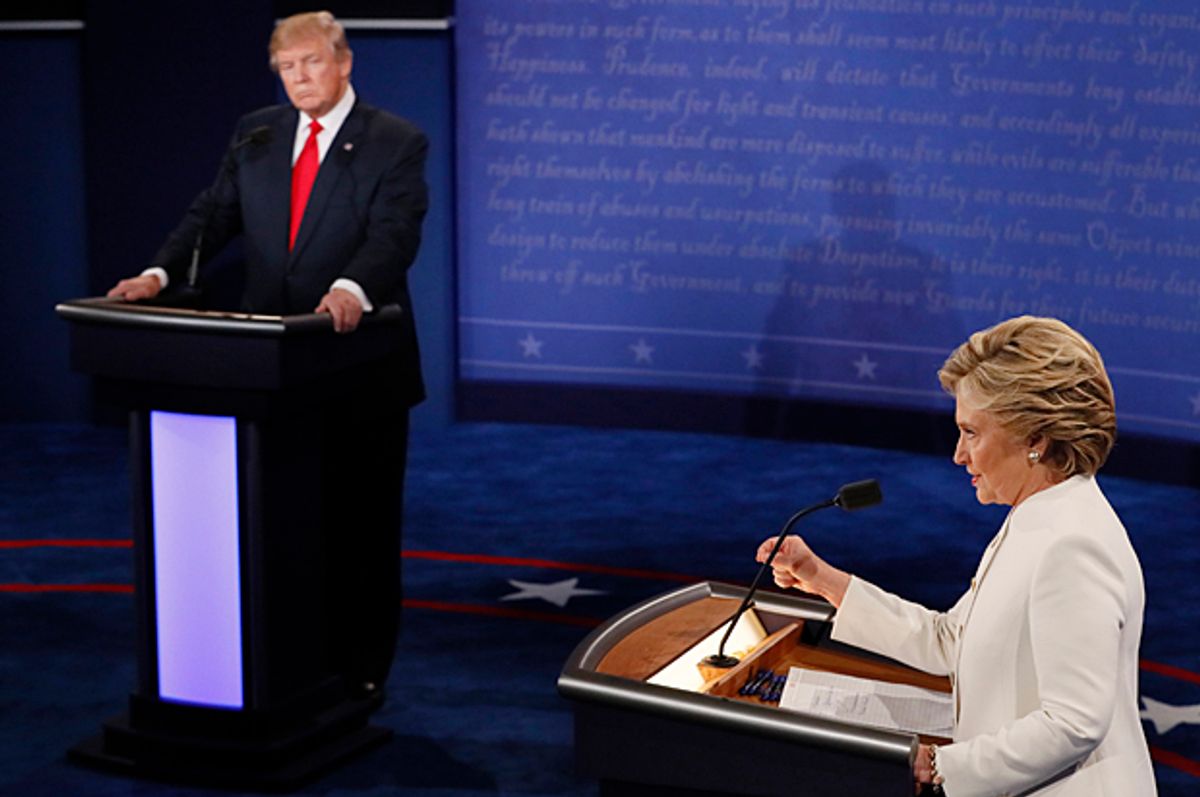 Luckily for Donald Trump and Hillary Clinton, telling a lie does not disqualify a candidate from the presidency. In the third presidential debate, the Republican and Democratic nominees both displayed a casual disregard for the truth. Perhaps it won't shock you to learn that Trump did so more so than Clinton. Here were the biggest lies of the evening.

Lie No. 1: Trump said he did not apologize to his wife, Melania

During the debate, Trump claimed the allegations of assault against him are so absurd and false that he did not even bother apologizing to his wife. But this conflicts with what Melania told Anderson Cooper, where she said that her husband apologized for the lewd comments he made about groping women.

Lie No. 2: Trump said he never met the women accusing him of sexual assault

To further downplay the accusations made against him, Trump insisted he has never met the women who claim he touched them inappropriately. This is obviously false, considering Trump was interviewed by People reporter Natasha Stoynoff, who says the real estate mogul assaulted her in 2005.

Lie No. 3: Clinton suggested WikiLeaks is a front of Russia

There are a lot of things that can be said about WikiLeaks: It doesn't protect privacy; it doesn't exercise enough editorial discretion when it comes to the content it publishes; it sells really tacky merchandise on its website. But calling the whistleblowing organization a front for Russia goes too far. The Department of Homeland Security did say that Russia hacked the emails, but there is no evidence WikiLeaks has colluded with the Russian government.

Lie No. 4: Trump again said he was endorsed by the National Immigration and Customs Enforcement Council, fondly known as ICE

When it comes to endorsements, Hillary Clinton has lapped Trump. Yet that does not stop Trump from touting one endorsement he claims to have received, from the National Immigration and Customs Enforcement Council (ICE). One problem, though. Trump wasn't even endorsed by ICE, a government agency. He was endorsed by a union of ICE employees.

Of course, if you want to take a more exhaustive look at all the lies, there's this: