BULLSH**TER OF THE DAY: Kayleigh McEnany, for taking Racist Election Panic to the next level 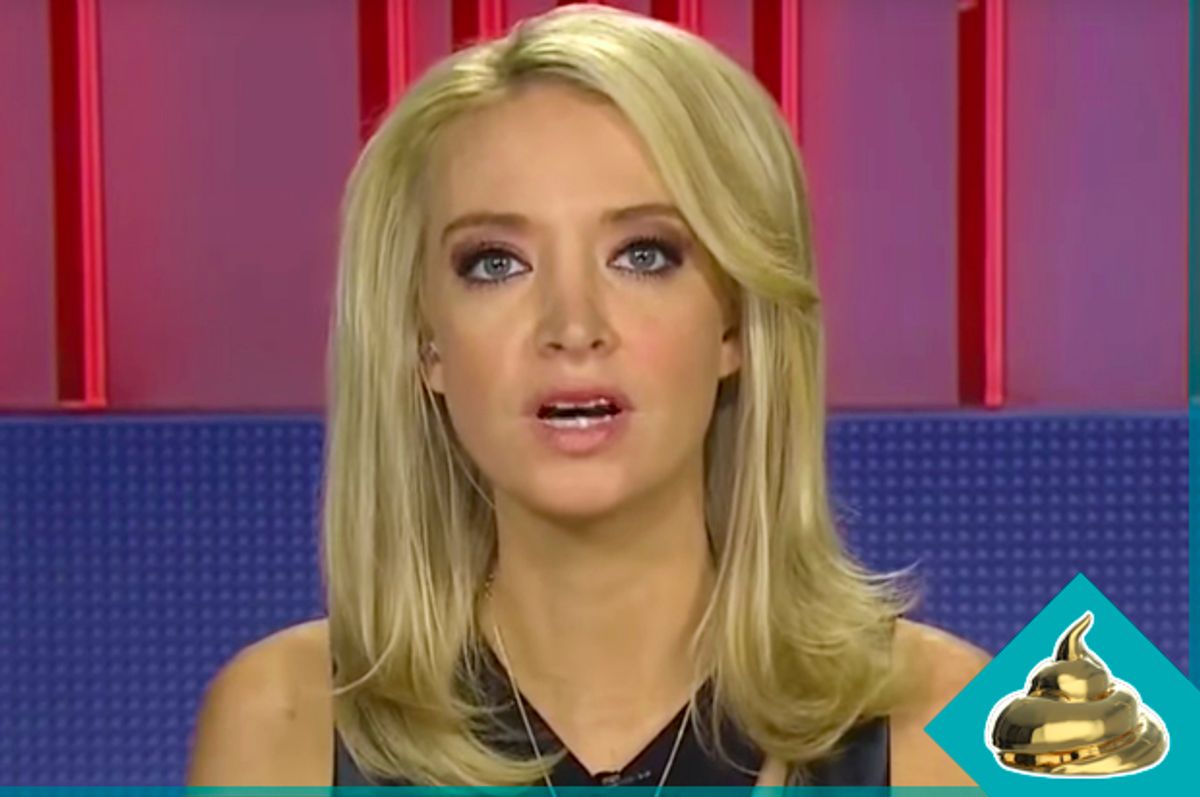 "I think he's setting up a scenario where he wants supporters to be vigilant. He doesn't want a scenario where there's New Black Panthers outside with guns, essentially like intimidating people from coming into the polls. He wants people to be on the lookout."

Don Lemon was pointing out that Donald Trump has been setting himself up for a defeat, talking about voter fraud and refusing to talk about a potential concession. And McEnany seemed to think it might be appropriate to describe the Trump team's fever dream involving armed New Black Panthers terrorizing Trump voters.

You're asking is there any merit to the hypothesis that there will be large numbers of African Americans threatening potential voters with guns at polling places?? As Peter Breinart points out in response to McEnany, this is just yet another example of the flagrant racism inherent in the Trump campaign.

McEnany belongs to that group of surrogates that has decided to make a career of bullshitting, but even among Trump's surrogates, most have denied the claims that voter fraud is a prevalent problem in this country. Not McEnany. She's been on CNN time and again, letting everyone know that she sees dead people. Millions of dead people, stealing this election.