The media has given too much attention to a hollow, vicious man who never met any inferior he couldn’t bully 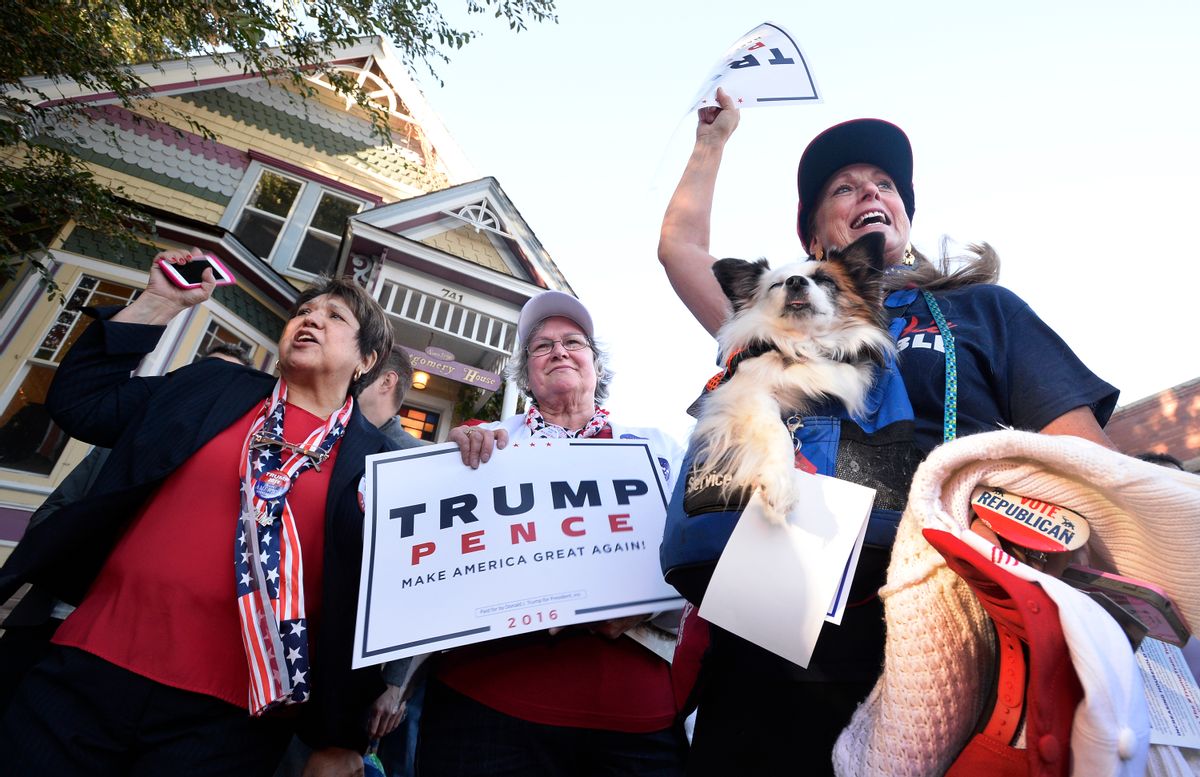 Which new installments — daily, hourly — of the enthralling Self-Demolition Tour of Donald Trump will emerge before the day is done?

But before we plunge back into full schadenfreude, permit a word (or several) about how we Americans, as well as the rest of an America-obsessed world, got to this pass: where mothers shake with anguish; women tell long-buried stories of humiliation, and collaborators tremble at the choice between jumping ship at the next-to-last minute and sinking into an alternate form of eternal disrepute.

If I may paraphrase this year’s winner of the Nobel Prize for literature, I’m on the pavement thinking about how we choose a government.
In particular, I’m thinking about the part played by an ostensibly free media in the long-lasting apotheosis of a hollow, vicious man who never met any inferior he couldn’t bully.

The lesson of the day is that he who lives by media, dies by media — and not a moment too soon. The media eviscerate him now simply by showing him doing his thing. One insufferable video is worth a thousand words. But credit is also heavily due to the journalists who set their alarms early — journalists like:

Interviewed @SykesCharlie recently for story on conservative media I'm working on. Worth reading what he had to say pic.twitter.com/cqsVOabG7Q

But the second lesson of the day is that the demolition derby known as “Donald Trump” is, and for more than three decades has been, a co-production between nihilistic capitalism and unscrupulous entertainment, some of it masquerading as journalism. This despicable man commanded headlines and adulation as he would some day hope to command troops. His career in the headlines was a sycophants’ delight. Blind ambition met the New York Post. Omega male met his twin, Howard Stern. Bully boy met Billy Bush. He made news because, well, he was a newsmaker. Whatever he said was worth attention. Whatever he didn’t say was not. So did he ascend from tabloid celebrity to apprentice celebrity to full-blown pseudo-reality; so here we are.
As I write, speaking of Howard Stern, the vulgarity gift who keeps on giving, this item just in, courtesy of People magazine, quoting its own 1997 issue:

“It’s amazing, I can’t even believe it. I’ve been so lucky in terms of that whole world, it is a dangerous world out there. It’s like Vietnam, sort of. It is my personal Vietnam. I feel like a great and very brave solider,” Trump said in the interview when Howard Stern asked how he handled making sure he wasn’t contracting STDs from the women he was sleeping with.

The business-mogul-turned-politician elaborated on the fact in the interview, calling women’s vaginas “potential landmines” and saying “there’s some real danger there.”

People in 1987 was trying to have its slime and eat it, writing that Trump:

…prefers to cast shadows rather than live in them, and the monuments to his ambition—the casinos, the hotels, the soaring urban towers—stand as a testament to his formidable presence. Say what you want about this specter of Barnum, the man knows how to put on a circus.

Say what you want about People, it knows how to put up a tent and sell tickets — and how to skim the glittering surfaces, as in this little masterpiece of kiss-me-before-I-pick-your-pocket equivocation headlined “TOO DARN RICH,” a December 1987 cover story by the magazine’s Michael Ryan:

“The fact is that I don’t like publicity,” he says. “I absolutely hate doing interviews.” And then he adds, flashing that smile that has launched a thousand cover stories, “By the way, not this interview. This is much nicer. I’m enjoying this. You understand.” The sincerity of the delivery, the warmth of the smile, the invitation to share in a just-us conspiracy, are powerful. A visitor becomes eager to suppress his I-bet-you-say-that-to-all-the-reporters impulse; suddenly the secret of Donald Trump’s success is clear. People want to trust him.

People want to trust him. A whole lot of them, actually, wanted, to ingratiate themselves to him, to slip with him inside Hugh Hefner’s American dream in which you’re born stupendously rich, except that in Trump’s version, you didn’t have to go to the trouble of choosing mood music or reading a book, and you could furnish your bachelor pad with tax abatements and nonunion labor. Hefner’s choice of a writer to namedrop when he was pronouncing the Playboy Philosophy was Nietzsche, but he, and wannabe Donald, must have missed this part: “[W]hen you gaze too long into the abyss, the abyss gazes into you.”

People’s more-than 40-year history is the abyss, the mockery of democracy. The magazine’s whole raison d’être has been the exhibition of flashbulb glimpses to ignite and then smack its lips over, displaying that sort of mixture of cynicism and gullibility that sometimes masquerades as tut-tutting. Hannah Arendt had this blinding insight:

"The whole hierarchical structure of totalitarian movements, from naïve fellow travelers to party members, elite formations, the intimate circle around the leader, and the leader himself, could be described in terms of a curiously varying mixture of gullibility and cynicism with which each member, depending on his rank and standing in the movement, is expected to react to the changing lying statements of the leaders and the central unchanging ideological fiction of the movement."

Read the rest of the passage from her Origins of Totalitarianism. Uncannily it describes how our culture has dug the hole into which Donald Trump proposes to shove us.

With boundless lust for brand recognition, Trump seized the opportunities that a whole culture had opened for him. So it happened that the deplorables who yearned to trust him seized the opportunity to leap into the rotting carcass of the Republican Party. So here we are, watching the spectacle unfold, and one hopes, trying to figure out what we have to do to avoid going through these things twice.

(Author’s note: I wrote this piece during what would otherwise have been a grotesque day, as I listened nonstop to songs of Bob Dylan, whose Nobel Prize has gladdened my heart, sharpened my mind and deepened my historical mindfulness beyond measure, reminding me so gratefully of the America that is not depraved.)