Marvelously strange: "Dirk Gently's Holistic Detective Agency" asks us to trust that it's all connected 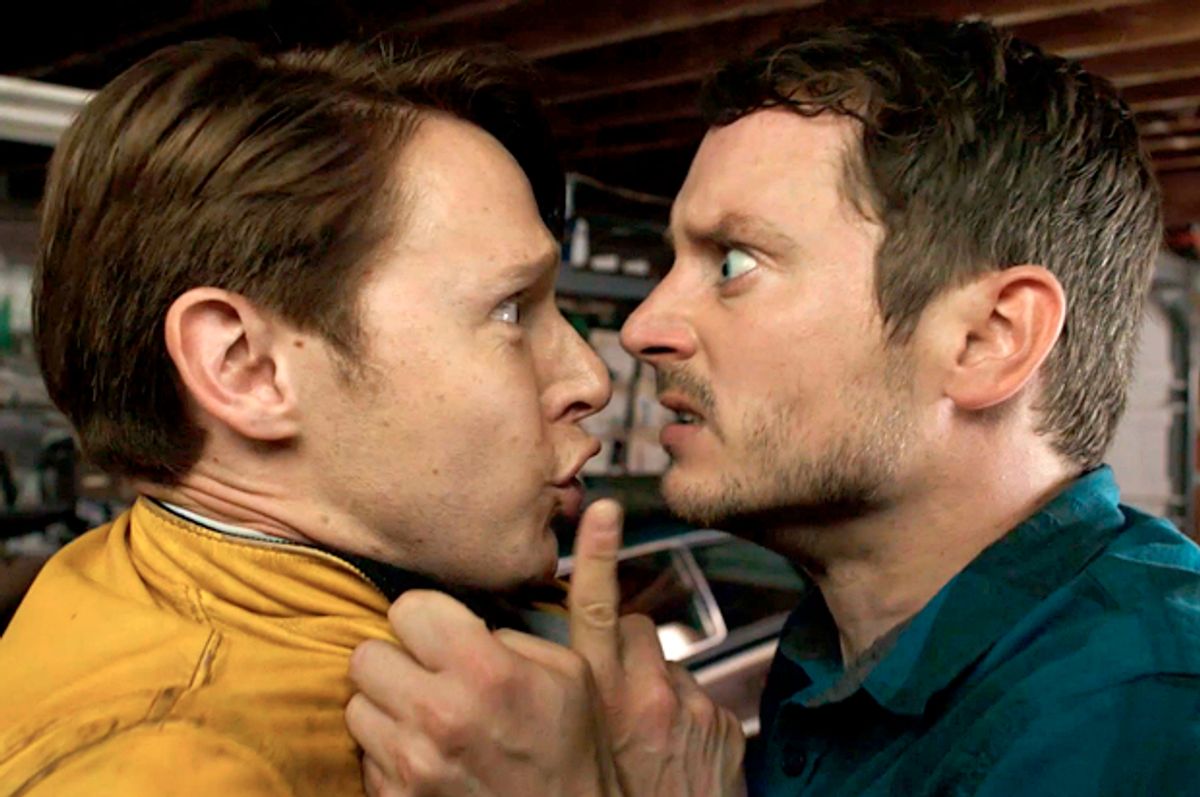 The term “holistic” tends to be met either with understanding or cynical rejection. How an individual reacts depends on what the word means to him or her. By definition, holistic simply means “characterized by comprehension of the parts of something as intimately interconnected and explicable only by reference to the whole.”

Those who only know it as a New Age-y description likely associate the term with crystal swingers inhaling sage smoke, smiling beatifically between sips of yam juice. It’s a tad woo-woo for the average Jane, in other words, indicative of ridiculous business a few steps removed from pure hokum.

Douglas Adams had to be familiar with these notions when he invented Dirk Gently, a self-described “holistic detective.” Dirk Gently doesn’t search for fingerprints or DNA evidence to solve his crimes. He’s not a genius or keen observer of details actually, and he’s annoyingly reliant on the woo-woo.

Whether a person falls in love with him in BBC America’s new series “Dirk Gently’s Holistic Detective Agency,” premiering Saturday at 9 p.m., depends entirely on his or her relationship to all things holistic. It also tests the viewer’s love for Adams, a man who melded comedy and science fiction to brilliant, near inimitable effect with “The Hitchhiker’s Guide to the Galaxy.”

Adams had a facility for conceptualizing surreal, preposterous places and characters and bringing them to life with amusing prose that dizzily waltzed his heroes from one adventure to the next.

Whereas “The Hitchhiker’s Guide” has a somewhat linear story, Adams’ lesser-known “Dirk Gently” books present the reader with a tangle of concepts and universal phenomena appearing to have nothing to do with one another at first, before eventually tumbling into an interconnected pattern.

Even after getting a handle on those elements, a TV producer still faces the challenge of channeling Adams’ style and doing justice to his characters. As others who have attempted to adapt his work in the past have found, this is exceedingly difficult if not impossible: The dry, imaginative jocularity that powers “The Hitchhiker’s Guide” has worked magnificently in radio broadcasts, audio books and the page, but something seems to wither in the translation to the screen, as audiences witnessed in the 2005 movie. (This may also explain in part why the books haven’t spawned a film franchise.)

Wisely, series creator Max Landis has chosen to honor the spirit of the author and his character in “Dirk Gently’s Holistic Detective Agency” as opposed to slavishly replicating the novel to the letter. There are shades of Adams’ comical tempo here, with layers of “Monty Python”-inspired visual gags and tropes familiar to fans of high-concept American movie comedies.

But don't look for too much of Adams in this BBC America series; instead, think of it as an entirely new creation built around and operating within the paradigm of Adams’ character.

As opposed to the pudgy, bespectacled weirdo of the books, “Dirk Gently’s” titular protagonist in the BBC America production is played by the young, wiry Samuel Barnett, who makes Dirk part motivational speaker, part idiotic huckster. There are obvious parallels to be made between his Dirk and David Tennant’s version of The Doctor in “Doctor Who,” except for the fact that his Dirk is blissfully empty-headed.

“I don’t know anything. Ever,” he chirps happily. “It’s really quite relaxing!"

In the BBC America production, Dirk holds fast to the belief that he is “a leaf in the stream of creation,” allowing fate to push him from place to place and person to person until he eventually solves a mystery. His behavior is whimsically appealing at times; at others, you may just want to kick the guy in the face.

That makes Elijah Wood’s put-upon Todd the viewer’s bemused stand-in, in that he, too, is in equal parts fascinated and annoyed by the holistic detective. Todd is broke, psychologically exhausted and desperate to help his sister Amanda (Hannah Marks), a shut-in with a debilitating affliction who experiences hallucinations accompanied by painful sensory symptoms. Dirk could not have dropped into Todd’s life at a more inopportune time. But despite his mightiest efforts, Todd can’t escape his new wingman, who insists that Todd is now his assistant.

Mitigating the twee absurdity of their partnership is the fact that it begins with a gory, inexplicable murder at the penthouse of the hotel where Todd works. For barely explainable reasons, Todd soon becomes a person of interest in that investigation, and soon he’s being tailed a pair of suspicious detectives. They in turn are being tailed by a couple of FBI agents who are tailing a CIA duo who are following Dirk. It’s a farce of the buddy cop genre, with three pairs of hapless agents tailing a feckless duo with a knack for stumbling into increasingly dangerous situations.

But wait! The story also involves a private security agent, a van filled with destructive freaks, a cult, a corgi, a kitten and, wouldn’t you know, a holistic assassin, Bart Curlish (Fiona Dourif), who finds her own companion in a mainframe hacker named Ken (Mpho Koaho).

This barely falls into a discernable pattern of any kind by the end of the first episode. But it is great fun to watch, depending on how one feels about the whole “holistic” business.

Some will look at the premiere’s whirling jumble of subplots and be intrigued by the show’s possibility; others will simply see a mess. Some may be won over by Dirk’s benevolent, insistent chaos, while others might view his actions as immature, anarchic malignance. It all comes down to one’s patience.

With a television series like this, a person’s tolerance for murky storytelling directly correlates to how much they enjoy the actors and their performances. Happily the cast of “Dirk Gently’s Holistic Detective Agency” gives the viewer a lot to hang on, owing to an array of strategically paired personalities.

Wood, who perfected the role of the confused straight man in FX’s “Wilfred,” balances out Bennett’s charming dopeyness, and Miguel Sandoval’s interactions with Dustin Milligan provide some of the funniest moments of the premiere.

Dourif, though, takes the concept of an unhinged lunatic to new heights with Bart, an unwashed, explosive spree killer who is bizarrely humanized by her bromance with Koaho’s Ken. As indicated by her loyalty to holistic philosophy, she may have a purpose similar to Dirk’s in this knotted web — if there's actually a purpose to any of this.

Few series ask the viewer to dive into a wrecking yard of subplots linked by interconnectedness, coincidence, and — in Dirk’s words — the rarer, sexier "coinkydinks,” and trust that it’s going to make sense eventually. But there’s a paucity of playful weirdness on television right now, and I can’t think of any long form mysteries in which the concept of fate is treated as something that is both aware and interventionist.

“Dirk Gently’s Holistic Detective Agency” may start in an oddly untethered state, but it is marvelously strange and entertaining enough to warrant sticking around as its heroes and writers connect the dots.