Prop 60, like many bogus issues orbiting our political discourse, is a solution for a problem that doesn't exist 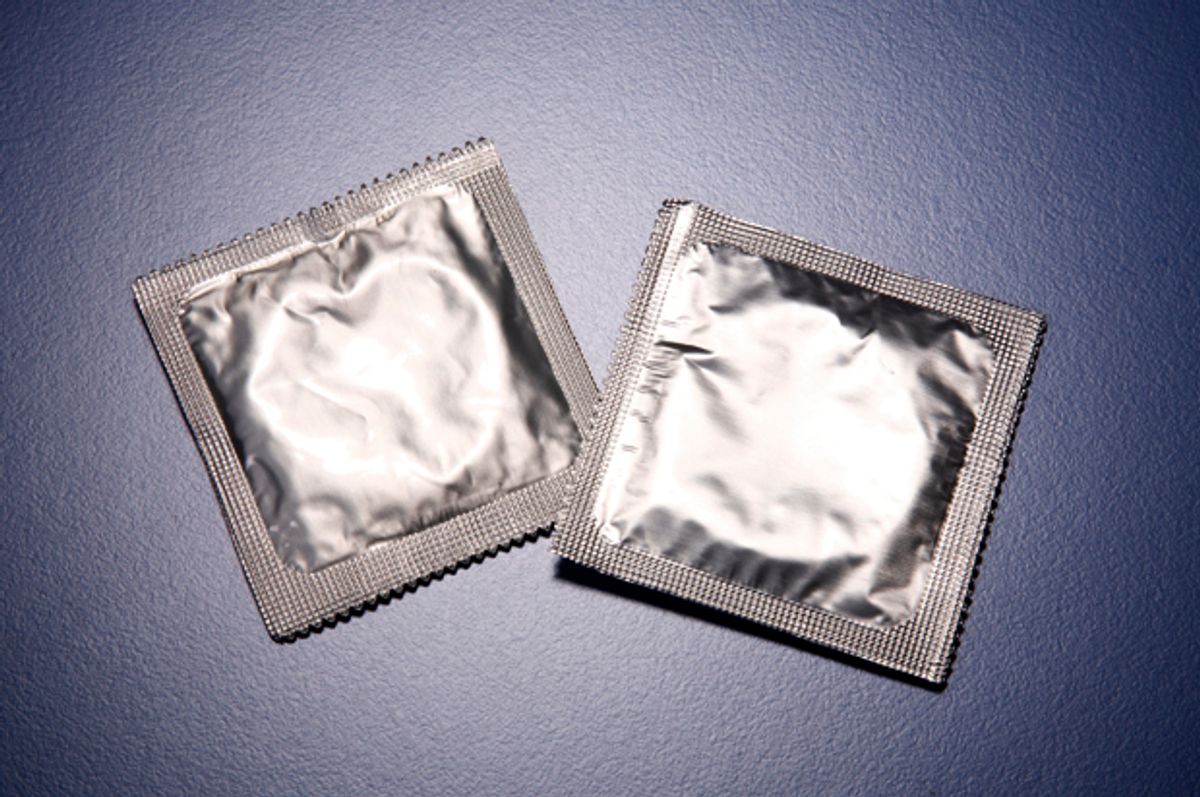 Among the myriad dangers facing American society — including the climate crisis, gun violence, water quality, income equality, affordable healthcare and a major West Coast drought — California voters will have the opportunity on Election Day to decide whether adult film actors should be required to wear condoms during scenes involving vaginal or rectal penetration. The ballot measure is known as Proposition 60 and, like so many bogus issues orbiting our political discourse, it's a solution for a problem that doesn't exist. The alleged problem here is an apparent HIV crisis in the porn industry, evidently requiring mandatory condom usage, even though there's simply not an HIV crisis at all. Not even close. We'll circle back to this point.

This is ludicrous on so many levels and, even for left-leaning groups, the nanny-state overreach on this proposition is oppressive. Opponents of the proposition — including the DCCC, the California Democratic Party, the California Republican Party, the California Libertarian Party, various local Democratic and Republican organizations, San Francisco Berniecrats, the Free Speech Coalition, the AIDS Project Los Angeles, the Los Angeles LGBT Center, the San Francisco AIDS Foundation, the Adult Performer Actors Guild and dozens of others — agree that the law is not only too restrictive, it’d end up becoming a frivolous "lawsuit bonanza."

"The proposition would, in effect, make every Californian a potential condom cop by both mandating condom use and creating a private right of action so that any resident who spots a violation in a pornographic film shot in the state could sue and collect cash from the producers and purveyors if they prevail in court. This is an extreme approach — and demonstrably counterproductive. ... We support rules that make performers in adult films as safe as possible. That’s why we reject Proposition 60 and urge voters to do so as well."

Additionally, actors themselves could be at a higher risk for injuries due to the friction created by the condoms during marathon shooting sessions that last far longer than normal sex sessions.

"These sex acts are generally longer in duration and more theatrical in content than the average sex act. Recreational sex and professional sex in front of cameras both involve a certain level of risk, and those of us who engage in professional sex in front of cameras take precautions to lessen the potential for harm at work. Every time that a hole in our precautions is exposed, we look for ways to further lessen the risk. As with cars, as long as human and mechanical error exist, sex will never be completely safe."

Others have noted this fact, including Slate:

Despite hundreds of thousands of HIV diagnoses between 2005 and 2014 in the general population, there have been zero demonstrable on-set HIV transmissions in that period. That means the tremendous amount of money and time spent promoting this bill... is wildly out of proportion to the non-issue it proposes to address.

Sounds like voter ID laws, doesn't it? Demagogues like Donald Trump and Mike Pence are telling us there’s widespread voter fraud requiring IDs at polling places. But study after study has proved that voter fraud is statistically nonexistent. Again, a solution seeking a problem.

Stoya added, "I believe that pornography as entertainment serves a widespread human need as a safe place to fantasize." Of course that's exactly right. As long as performers are aware of what they're doing, and as long as no one is hurt in the process, there's no point in non-experts telling the experts how to make their movies, nor is it appropriate to meddle with the cinematic fantasies they're manufacturing — even if you don't believe porn is an art form or a genre of filmmaking. (It's a little of both.) No one knows better than the actors who make these movies whether they're at risk, and holding up the threat of lawsuits against each performer for not wearing condoms seems like an overly punitive measure for a problem that simply doesn't exist.

Bottom line: Practice safe sex — and if you live in California, vote "no" on Prop 60.