Shop till you flop: Why can't anyone make money in online grocery delivery?

Consumers love it and demand is growing — so why can't online grocery services seem to turn a profit? 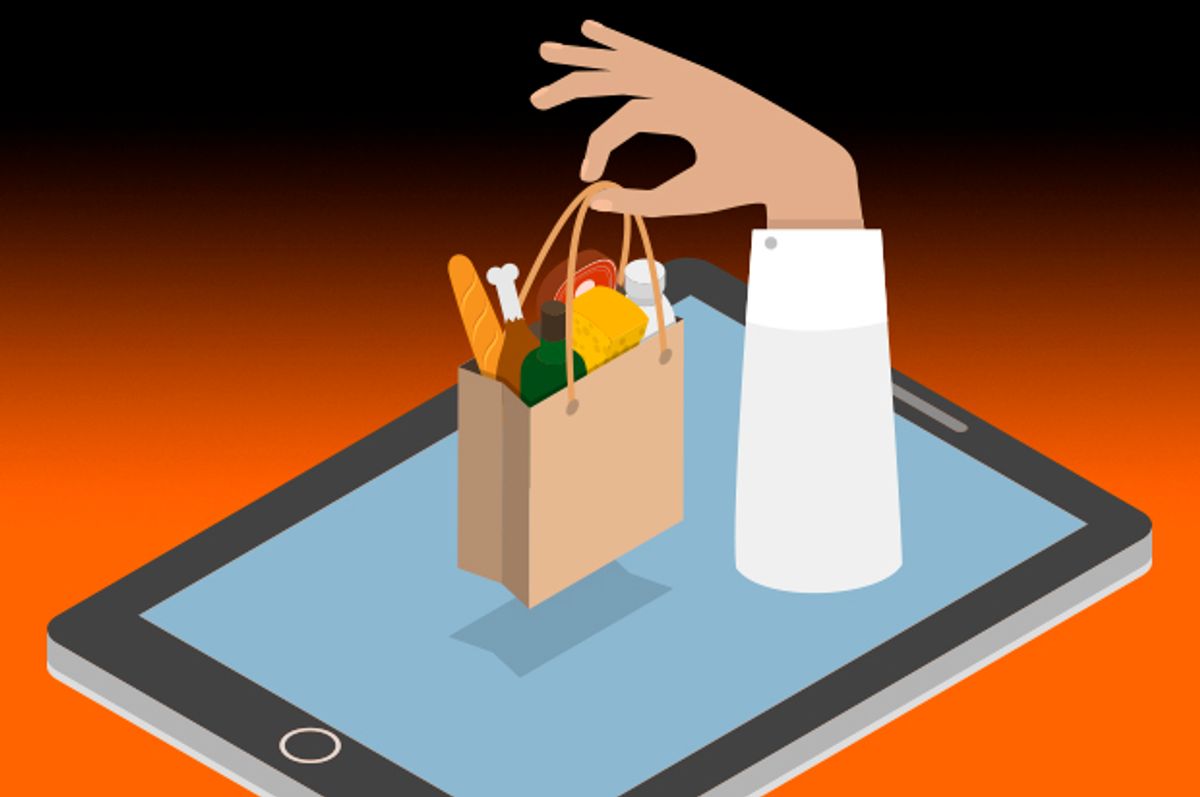 April Miller says she loves to cook, but ever since the 32-year-old corporate accountant moved to New York City she's struggled to find time to eat a sit-down meal, much less make one herself. Perpetually busy, she forgoes the weekly schlep to the grocery store to carve out precious time to prep her meals for the week.

“Sometimes I pick up a few things I need on my way home from work, but most of my regular grocery shopping is delivered,” she told Salon. “Usually I set aside time over the weekend to receive a delivery and after that I plan meals for the week. I can’t afford to spend $10 or $20 a day on lunch.”

Miller, who uses FreshDirect, is one of a growing number of time-starved Americans embracing online grocery shopping. She’s also the online grocer’s ideal customer, the so-called “big basket” buyer who stocks up on goods for the week and has a predictable delivery window. For online grocers, these are the kinds of customers that will offer a path toward profitability in this popular but not yet lucrative retail business.

Despite immense growth in demand in recent years, the online grocery business remains largely unprofitable. As an online grocery business grows, it can no longer rely on sending workers to local grocery outlets to fill orders. Instead, they must invest heavily in more intricate and more costly ordering and logistics systems in order to pick, pack and deliver the near-infinite combinations of items customers select.

“Success becomes a problem,” Carrie Bienkowski, chief marketing officer for online grocer Peapod, told Salon. “The minute you hit a certain amount of ordering volume, you have other operational challenges: you’re crowding the physical store [with employees picking the items], you get out-of-stock issues, your labor expenses go up significantly and it quickly spirals out of control.”

Skokie, Illinois-based Peapod was one of the earliest startups of the dot-com era, launching its web-based grocery business in the ’90s. The company was later acquired by Netherlands-based global retailer Ahold (now known as Ahold Delhaize). Today, Peapod operates mainly in the Eastern U.S. and benefits from its access to Ahold’s Stop & Shop and Giant Food outlets, giving it an in-house advantage against rivals in less-popular areas where grocery delivery is currently a loss-leader. While Ahold doesn’t break out Peapod’s financial details, Bienkowski said Peapod has more than 500,000 active subscribers and more than 3 million annual orders.

Like its rivals, Peapod remains focused on growth rather than profitability by focusing specifically on big-basket buyers like Miller. Last year, Peapod expanded into New York City’s five boroughs, directly challenging FreshDirect on its home turf, after opening it largest warehouse across the Hudson River from Manhattan in Jersey City.

The growing demand for online groceries has led to a crowded market of players all vying to crack the code of profitability. Startups like Instacart and Postmates are taking on more established online grocery brands like FreshDirect and Peapod. Meanwhile, Amazon.com and Wal-Mart Stores threaten to use their immense scale to muscle their way into this rapidly expanding market. Both behemoths are experimenting with online grocery delivery as well as other models, like click-and-carry, where consumers order online and pick up their groceries at a brick-and-mortar location. Amazon is in the process of opening its first convenience stores that will act like small order-fulfillment centers to complement its growing online grocery business, AmazonFresh.

Market research firm IBIS World estimates there are about 2,500 online grocers in the U.S., including online sales from brick-and-mortar chains, and they are expected to generate $12.3 billion in revenue this year. That remains a tiny sliver compared to the $675 billion in total U.S. grocery store sales, tracked by the U.S. Census Bureau, but demand for online groceries is growing four to five times faster than the larger grocery market — at nearly 9 percent a year through 2021. About 45 percent of revenue generated from online groceries this year comes from perishable items that can’t be ordered through conventional online retail.

Marc de Speville, founder of the U.K.-based management consulting firm Strategic Food Retail, says intense competition for these Internet-connected consumers is driving down the prices online grocers can charge for order processing and delivery. In the U.K., where online grocery shopping is more common than in the U.S., the average price a consumer pays for the service fell to two British pounds per delivery in 2014 from seven British pounds in 2008, according to de Speville.

“Lower service fees obviously serve to drive more people online, which brings forward the time when you start having to build dedicated warehouses to handle the fulfillment,” de Speville told Salon by email. “It also brings down the average value of each order, another key profit driver.”

Bienkowski says she’s confident that eventually there will be enough customers in both urban and less-populated markets to allow online grocers to turn a profit. “We do genuinely welcome competition because we think the more awareness and the more normalization of shopping for groceries online, that can only help us,” she said.

But for the time being, there seems to be one thing the should-be booming business of online grocery shopping can't reliably deliver: profits.