Trump's complaints about voter fraud will only ensure him losing the most well-vetted election in U.S. history

This election could have 50 million more voters than last election, meaning a diverse electorate will down Trump 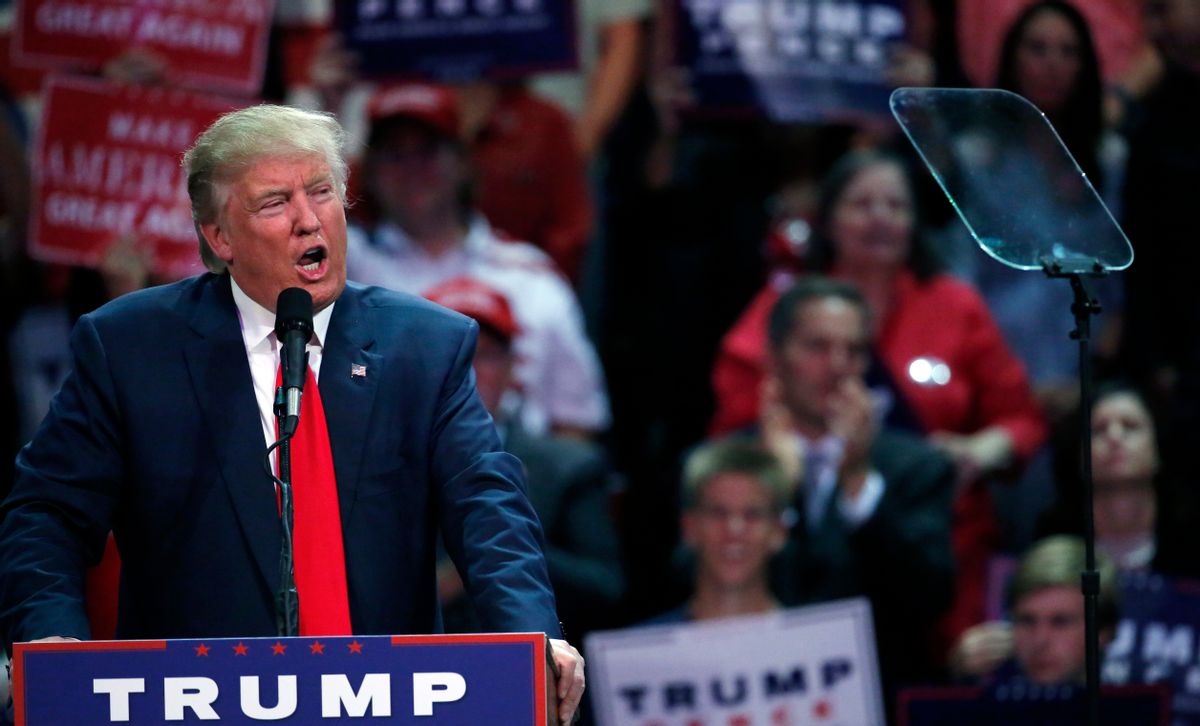 In the final presidential debate, Donald Trump said the White House will be stolen from him—not because voters see he’s thin-skinned, easily baited, uncontrolled and uninformed, but because voter rolls are filled with “millions of people there that are registered that shouldn't be.”

Is he right? Well, yes, there are dead people on voter rolls and people who’ve moved away. Last time I checked, dead people did not contact their election officials and ask to be taken off their lists. Same with people who move, which is 12 percent of Americans annually, according to U.S. Census data.

But do they vote? Or vote more than once? Or do other people vote using their names? That’s the real question. The answer is almost always a resounding no. Like many of Trump's assertions, the claim that the presidency will be stolen by illegitimate voters is a paranoid fantasy.

It is important to understand why. At last count, there were 200 million people registered to vote across America. Of course, whenever more than 100 million people are involved in any activity, there is going to be some dumb behavior. But a major study of voter impersonation fraud—Trump’s alleged boogieman—between 2000 and 2014 by Loyola Law School’s Justin Levitt found only 31 examples out of 1 billion votes cast nationwide.

Stop and think about that figure—31 out of a billion. People are literally struck by lightning more frequently. It is important, especially now, two weeks before a presidential Election Day, when political hyperbole and paranoia are rampant, to clearly understand the magnitude of apocalyptic voting claims wherever they appear.

All too often some singular event or example is extrapolated into a threat involving millions. That, in a nutshell, is how Republicans have used the threat of voter fraud or voter impersonation to pass statewide rules making it tougher for some slices of the populations to vote. That's the voter ID story once you peel back all the bluster of Republicans saying the integrity of the vote must be policed.

But back to Trump's claim of massive illegitimate voters. If you want to know why the voter impersonation fraud is such a rare event in reality, consider two things. First, the difficulty of orchestrating large-scale voter fraud, as the Rev. William Barber II of the North Carolina NAACP explained in the Nation.

Second, it’s incredibly dumb to try to commit voter fraud because it’s an easily detectable crime. As Dean Logan, who runs elections in the nation’s largest voting district, Los Angeles, explained this week, anyone who signs their name—or forges one—in a poll book or on a mail-in ballot is signing a confession to perjury charges.

Trump essentially is saying state voter lists are such a mess these kinds of activities will be widespread in states with millions of people voting, such as Pennsylvania or Ohio, so fraudulent actions will determine the outcome. That’s a bumper-sticker fantasy, not a reality that scales.

What Are States Really Doing to Improve Voter Rolls?

Trump, in all likelihood, is reciting Republican talking points and doesn’t know anything about election administration. Like an actor who memorizes lines just handed to him, in Wednesday’s debate Trump cited a “Pew report” that voter rolls were error-laden. He’s cited that report in speeches where he’s said the election is “rigged” and will be stolen from him.

It’s worth looking at that source. That 2012 12-page Pew report, titled, "Inaccurate, Costly, and Inefficient: Evidence That America’s Voter Registration System Needs an Upgrade,” did not say millions of Americans were fraudulently voting. It said the way states were managing their voter registration databases was technologically outdated, as a result overly costly and cumbersome to manage, and filled with detectable and fixable errors, from typos and misspellings to old address information.

The Los Angeles Times debunked Trump’s citation of that Pew report, writing after the third debate, “FactCheck.org examined the report and found Trump has been citing it inaccurately on the campaign trail. ‘The report did not allege the 1.8 million deceased people actually voted. Rather, Pew said that it is evidence of the need to upgrade voter registration systems,’ the organization wrote.”

The Times also reported that the top officials overseeing election administration in most states are either elected or appointed Republicans, which further confounds Trump’s theory that Democrats are stealing the election.

But anybody who believes it's better for the nation when more people vote should take a look at what that Pew report has wrought. The Pew team that wrote the report created ERICstates.org, which stands for Electronic Registration Information Center. This is a data center that uses a mix of government databases (voter files, driver’s licenses, etc.) and commercial data (credit report address histories) to identify all the eligible voters in a state, update their voter file information and alert unregistered voters that they should register and participate in elections.

As of this summer, 21 states—including the swing states of Arizona, Colorado, Ohio, Nevada, Ohio, Pennsylvania—are members of ERIC, which is tracking nearly 70 million eligible voters. That under-the-media-radar project has been a tremendous counterweight to the partisan voter wars in some of those states. On the surface, it appears to be a contradiction that the same secretary of state is registering tens of thousands of new voters while also pushing repressive policies. Yet that's really the case in Ohio, where 70,000 inactive voters were purged and a federal court ordered their voting rights restored for November’s election. One explanation given is that contradiction has more to do with the secretary’s future ambitions in a state where he has to compete in Tea Party-dominated primaries.

But let's not lose sight of the big picture when it comes to America’s voter rolls and the growing ranks of registered voters. On Wednesday, Trump told a nationwide debate audience that voter rolls are filled with people who shouldn't be there and shouldn’t be voting. Perhaps these are people who don’t own real estate, as they didn’t have voting rights when the country was founded two centuries ago. Or perhaps Trump was referring to African-American men, who won the right to vote after the Civil War. Or to women, who won the right to vote in 1920, or to newly sworn-in citizens who are of Mexican or Muslim descent.

In the real world of elections, voter registration and accurate voter rolls, America now has more registered voters than ever—200 million. That’s 50 million more people than were registered in 2008 when Barack Obama was elected president. If the polls are correct, then the largest, most diverse and meticulously vetted electorate in American history will reject Trump on November 8. That’s not voter fraud. It’s majority rule.