Fear and desperation at a Donald Trump rally

I was expecting violence. I found instead reality setting in 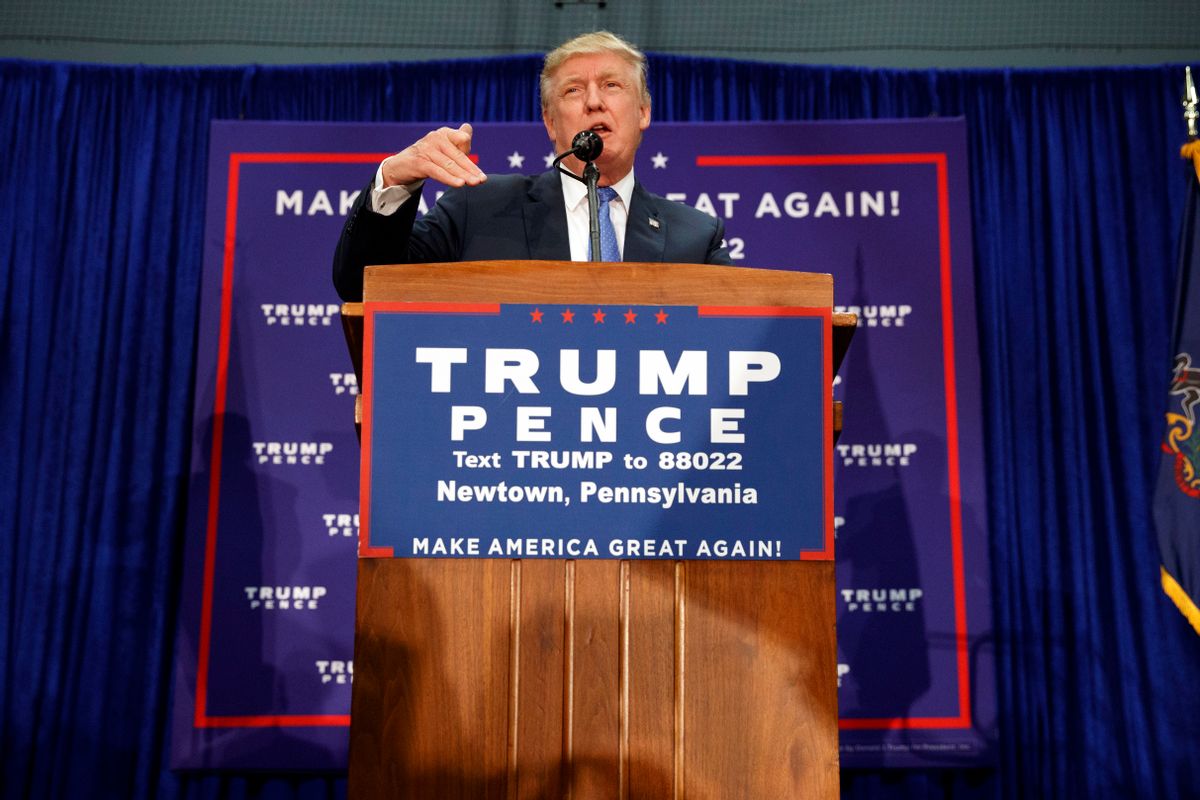 A palpable sadness consumed the Newtown, Pennsylvania recreation center Friday night as Donald Trump took to the stage for his final rally of the day. But what was even more shocking than the somber mood of the room was how much the audience size paled in comparison to the majority of the nominee's prior events.

A mere 25 miles outside of Philadelphia, Trump could barely fill a gymnasium; the audience demographics, however, mirroring that of the town.

The rally was nearly 100% white, with the majority of women in attendance over 40.

"We're going to be bringing jobs back to Pennsylvania, folks," Trump announced along with a myriad of other classic campaign promises.

And his attack on the media, particularly CNN, seemed to rile up the crowd most.

"CNN sucks," they chanted at the press pen while the overflow crowd outside was scanned by members of the heavily armed Bucks County police department.

But if there's one conspiracy mainstream media can be faulted with perpetuating, it's that Trump supporters are "working class" rebels. Because with a media household income of $65,000, Newtown residents hardly represent Trump's mythically impoverished base.

In two weeks, Donald Trump will most likely lose the election. But it's unclear if his supporters will accept its result, much less who they will rally behind next.