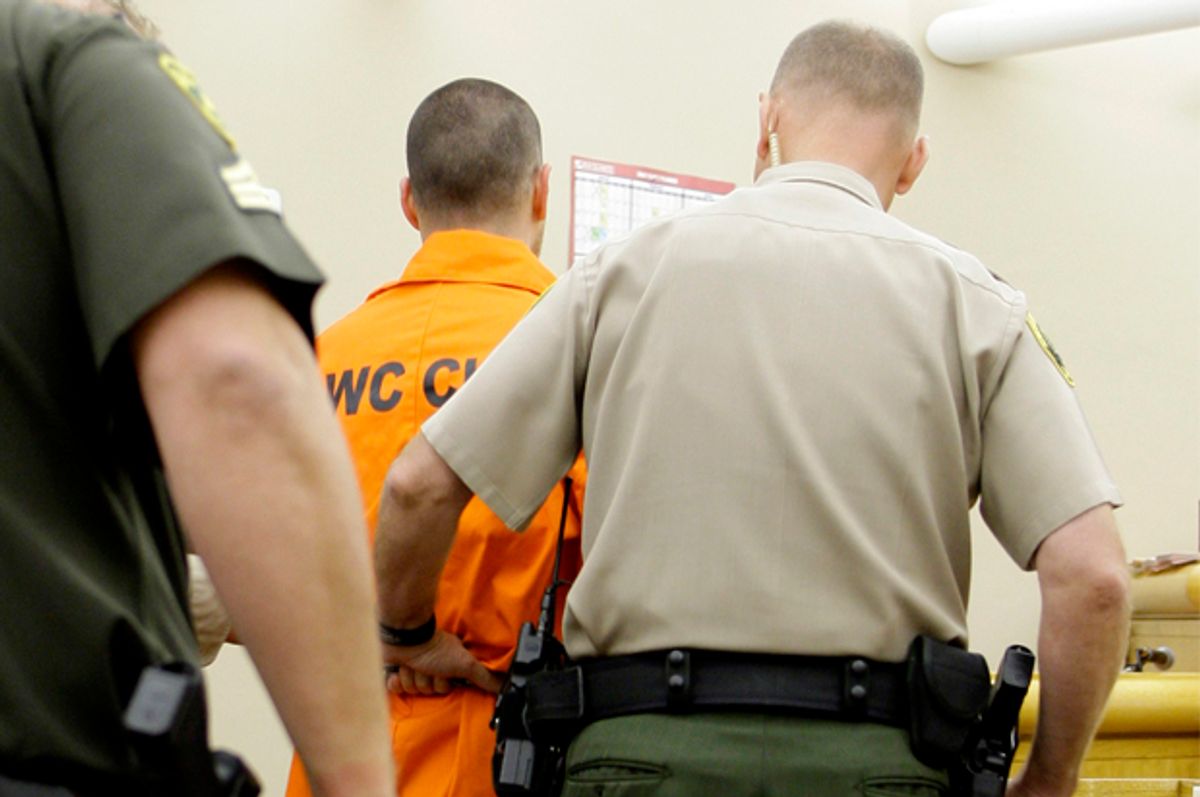 The fact that felons in many states across the nation cannot vote has been widely discussed in the past few years. The states of Florida, Kentucky and Iowa permanently ban felons from voting, and many other states ban most felons from voting. However, a subject that has received less attention is the voting rights of people currently serving prison sentences.

Roughly 1.6 million people are currently in state and federal prisons, and most of them are not given voting rights. Only two states, Vermont and Maine, permit prison voting. Also, more than 700,000 people are in jail awaiting trial, and they can typically vote, but many are not aware of that or lack the basic tools to cast a vote. Lack of access to absentee ballots or basic things like access to pencils can stop a jailed person from participating in an election.

Since we're in the midst of an election, it's important to note that the issue of letting prisoners and felons vote has a direct impact on the possible outcome of the presidential race.

“There's been some research that suggested that in the past, like with the 2000 election, the researchers have crunched the numbers on that and think it definitely could have swung that election,” Nazgol Ghandnoosh, a research analyst at The Sentencing Project, told Salon. “Even in this election, presumably in some of the states that have disenfranchised a large number of people, like Florida, and Florida's considered a battleground state, it could have an impact there.”

In total, The Sentencing Project has found in a new report that there are more than 6 million people in the United States who cannot vote because they are serving a prison sentence or have a felony on their record.

Since a disproportionate amount of prisoners are African-Americans, this disenfranchisement hurts their community the most. While blacks only make up a little more than 13 percent of the population, they make up almost 40 percent of the prison population. Ghandnoosh said many believe that conservative states have perpetuated barring felons and inmates from voting to favor conservative candidates.

“It's hard to see this as non-politicized,” she said. We went from blatantly suppressing the black vote to covertly suppressing it, in many ways. Voter ID laws are another example of this.

The Sentencing Project's new report found that one in 13 African-Americans are disenfranchised, which is 7.4 percent of the total black population. Only 1.8 percent of citizens who are not black are disenfranchised. In stricter states like Florida and Virginia (swing states, mind you), more than one in 5 blacks cannot vote.

This issue does not just affect the rights of those who are denied a vote, their communities, or candidates they may vote for, but it affects us all in a visceral way. Julie Ebenstein, a staff attorney with the ACLU's Voting Rights Project, told Salon that the perspectives of those who are being disenfranchised are vital to our democracy and our nation.

“We're paying for this truly horrific incarceration policy situation, and we're leaving no opportunity for receiving input from the people who know something about it, who have been the subject of these policies and suffered under them,” she said.

When those who have experienced the criminal justice firsthand cannot effect electoral change, we have little hope for fixing its most atrocious failures. Furthermore, disenfranchisement adds a layer of censorship to their lives. Their voices cannot be heard on election day.

Ebenstein said letting prisoners, including felons, vote also improves the process of rehabilitating them and making them productive members of society. “Everything I've read shows that restoring people's voting rights only assists their full reintegration into the community,” she said. “Everything you can do to keep people connected to their communities and involved in their communities while they're incarcerated and during their reentry period is helpful.”

There has been some progress in recent years when it comes to giving prisoners and felons the right to vote. The governor of Virginia has successfully pushed for felon voting rights this year, despite opposition, and Maryland has seen similar success. Lawmakers in Hawaii are pushing to give prisoners the right to vote.

America is the country with the highest rate of incarceration in the world, by far, yet we call ourselves the land of the free and a beacon of democracy. A nation is hardly a democracy if it intentionally strips voting rights away from millions of citizens for political purposes. You can't be free behind bars, and you can't be democratic without a ballot.