The sad decline of baseball hero Curt Schilling: From "bloody sock" to Breitbart 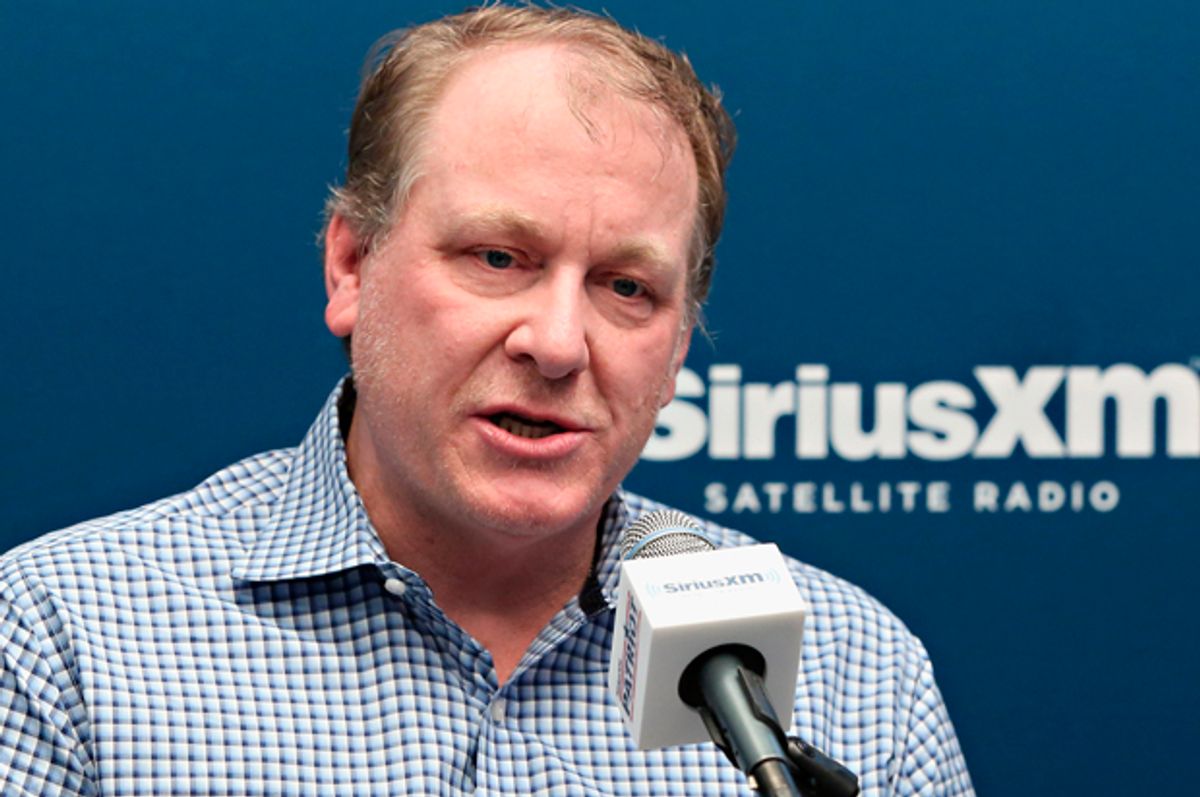 As we watch embers fly from the conflagration that is Donald Trump’s unhinged campaign for America’s presidency, it is tempting to start probing questions of its legacy. What will remain after this bad hombre retreats to Trump Tower and ascends the escalator from which he once entered our lives to announce his noxious candidacy?

Much has been written about the toxic brew of misogyny, racism, Islamophobia and xenophobia that Trump has served up in generous quantities at rallies and on the Twittersphere. The rhetoric and malice found here have permeated large parts of the country. Long-harbored grievances and fears are now expressed openly. As Jeremy Scahill of the Intercept observes:

Whether Trump wins, loses, or loses big, he has empowered fascists, racists and bigots. He did not create them, but he has legitimized them by becoming the nominee and openly expressing their heinous, hateful beliefs. This, to me, is one of the most frightening developments on a domestic level in the U.S. this election cycle. Trump may go away, but the people he has empowered will not.

While Trump has encouraged some of the darkest sentiments, he has also inspired a wave of vile followers, from Scottie Nell Hughes and Katrina Pierson to Rudy Giuliani and Pastor Mark Burns. The Republican nominee’s message emboldens Europe’s far right. Hindu nationalists in India are enamored with the Islamophobia he has channeled during the election. Former KKK leader David Duke is attempting to ride the wave of hate into a U.S. Senate seat in Louisiana.

Now, onetime Boston Red Sox hero Curt Schilling wants to topple Sen. Elizabeth Warren in Massachusetts. He is teeming with gumption. In August, Schilling said, “I would like to be one of the people responsible for getting Elizabeth Warren out of politics. I’ve never been somebody to sit around talking about getting stuff done without actually trying to help.”

Schilling's athletic legacy is mythic. As Ian Crouch writes, he went from “star pitcher to Boston folk hero on the night of October 19, 2004,” when Schilling pitched for the Red Sox in Game Six of the American League Championship Series against the archrival New York Yankees, “with splotches of what looked like blood on the sock that covered his right ankle.” Pitching despite a torn tendon sheath, he emerged infallible from this "bloody sock" game after leading his team to victory.

Exalted due to his sublime performance and valor in one of the most iconic moments in Boston history, Schilling has struggled to stay relevant since his retirement in 2009. He's not the first athlete to parlay his fame into a political career -- New York Knicks legend Bill Bradley spent many years in the Senate, and two other former NBA stars, Dave Bing and Kevin Johnson, are now the mayors of Detroit and Sacramento, respectively. But Schilling stands out in one sense: He has remade himself as an odious political creature seemingly crafted by Donald Trump himself.

After a foray into video-game development that cratered, Schilling shifted to broadcasting at ESPN. Except he didn’t stick to his day job, and soon was ventilating his political views on social media and railing against political correctness. Muslims were compared to Nazis. Evolution was debated with co-workers.

ESPN finally lost its tolerance for Schilling's abhorrent views earlier this year and canned him after he shared a bathroom-panic meme depicting an overweight man in drag with the caption: “LET HIM IN! To the restroom with your daughter or else you’re a narrow minded, judgemental [sic], unloving, racist bigot who needs to die!!!”

Schilling's departure from ESPN allowed him to descend unfettered into the abyss of Trumpian politics. He wants Hillary Clinton “buried under a jail somewhere” for her use of a private e-mail server. He describes the Black Lives Matter movement as “terrorist.” He wants to see “a version of the Berlin Wall on our southern border” and has gone even further than Trump in suggesting that all Muslims should be considered terrorists.

Most recently, the Sox legend was seen on Fox News inexplicably defending Donald Trump’s comments from a 1992 tape in which he said of a preteen girl, “I am going to be dating her in 10 years. Can you believe it?”

All these rancid utterances have likely contributed to a recent poll that puts Warren 19 points ahead of Schilling in a potential 2018 Senate race. An endorsement from Trump is unlikely to help Schilling now. He would have been better served by shoving his bloody sock into his mouth every time he was tempted to spew more bile.