What you need to know about voting for medical marijuana on Nov. 8

On Nov. 8, Arkansas, Florida and North Dakota will vote on medical marijuana 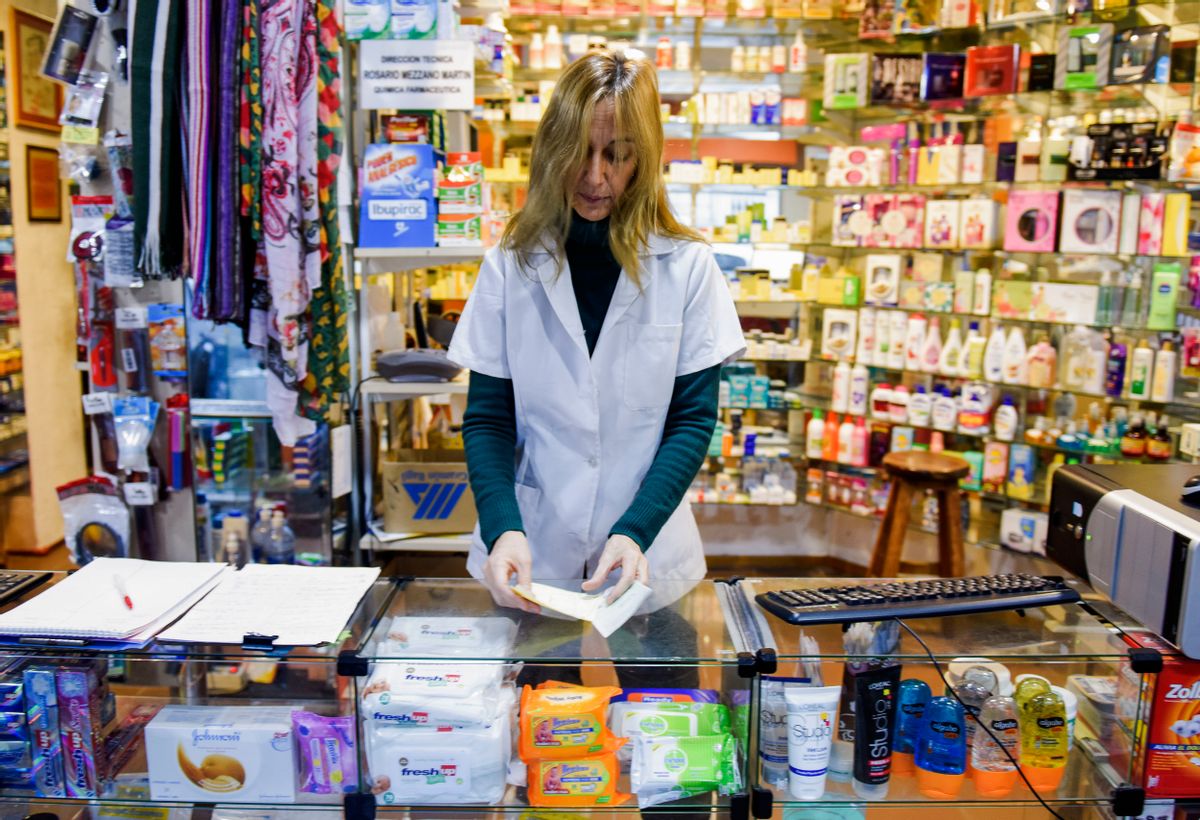 In this June 23, 2016 photo, pharmacist Rossana Rilla works at her own drugstore in downtown Montevideo, Uruguay. In her 28 years as a pharmacist, she has been beaten, dragged across the floor and threatened by thieves at gunpoint and with a grenade. She fears that selling marijuana will only make her store a bigger target for thieves and burglaries by drug dealers. (AP Photo/Matilde Campodonico) (AP)
--

We have no political position on cannabis legalization. We study the cannabis plant, also known as marijuana, and its related chemical compounds. Despite claims that cannabis or its extracts relieve all sorts of maladies, the research has been sparse and the results mixed. At the moment, we just don’t know enough about cannabis or its elements to judge how effective it is as a medicine.

What does the available research suggest about medical cannabis, and why do we know so little about it?

What are researchers studying?

While some researchers are investigating smoked or vaporized cannabis most are looking at specific cannabis compounds, called cannabinoids.

From a research standpoint, cannabis is considered a “dirty” drug because it contains hundreds of compounds with poorly understood effects. That’s why researchers tend to focus on just one cannabinoid at a time. Only two plant-based cannabinoids, THC and cannabidiol, have been studied extensively, but there could be others with medical benefits that we don’t know about yet.

THC is the main active component of cannabis. It activates cannabinoid receptors in the brain, causing the “high” associated with cannabis, as well as in the liver, and other parts of the body. The only FDA-approved cannabinoids that doctors can legally prescribe are both lab produced drugs similar to THC. They are prescribed to increase appetite and prevent wasting caused by cancer or AIDS.

Cannabidiol (also called CBD), on the other hand, doesn’t interact with cannabinoid receptors. It doesn’t cause a high. Seventeen states have passed laws allowing access to CBD for people with certain medical conditions.

Our bodies also produce cannabinoids, called endocannabinoids. Researchers are creating new drugs that alter their function, to better understand how cannabinoid receptors work. The goal of these studies is to discover treatments that can use the body’s own cannabinoids to treat conditions such as chronic pain and epilepsy, instead of using cannabis itself.

Cannabis is promoted as a treatment for many medical conditions. We’ll take a look at two, chronic pain and epilepsy, to illustrate what we actually know about its medical benefits.

Is it a chronic pain treatment?

Research suggests that some people with chronic pain self-medicate with cannabis. However, there is limited human research on whether cannabis or cannabinoids effectively reduce chronic pain.

Research in people suggest that certain conditions, such as chronic pain caused by nerve injury, may respond to smoked or vaporized cannabis, as well as an FDA-approved THC drug. But, most of these studies rely on subjective self-reported pain ratings, a significant limitation. Only a few controlled clinical trials have been run, so we can’t yet conclude whether cannabis is an effective pain treatment.

An alternative research approach focuses on drug combination therapies, where an experimental cannabinoid drug is combined with an existing drug. For instance, a recent study in mice combined a low dose of a THC-like drug with an aspirin-like drug. The combination blocked nerve-related pain better than either drug alone.

In theory, the advantage to combination drug therapies is that less of each drug is needed, and side effects are reduced. In addition, some people may respond better to one drug ingredient than the other, so the drug combination may work for more people. Similar studies have not yet been run in people.

Despite some sensational news stories and widespread speculation on the internet, the use of cannabis to reduce epileptic seizures is supported more by research in rodents than in people.

In people the evidence is much less clear. There are many anecdotes and surveys about the positive effects of cannabis flowers or extracts for treating epilepsy. But these aren’t the same thing as well-controlled clinical trials, which can tell us which types of seizure, if any, respond positively to cannabinoids and give us stronger predictions about how most people respond.

While CBD has gained interest as a potential treatment for seizures in people, the physiological link between the two is unknown. As with chronic pain, the few clinical studies have been done included very few patients. Studies of larger groups of people can tell us whether only some patients respond positively to CBD.

We also need to know more about the cannabinoid receptors in the brain and body, what systems they regulate, and how they could be influenced by CBD. For instance, CBD may interact with anti-epileptic drugs in ways we are still learning about. It may also have different effects in a developing brain than in an adult brain. Caution is particularly urged when seeking to medicate children with CBD or cannabis products.

Well-designed studies are the most effective way for us to understand what medical benefits cannabis may have. But research on cannabis or cannabinoids is particularly difficult.

Cannabis and its related compounds, THC and CBD, are on Schedule I of the Controlled Substances Act, which is for drugs with “no currently accepted medical use and a high potential for abuse” and includes Ecstasy and heroin.

In order to study cannabis, a researcher must first request permission at the state and federal level. This is followed by a lengthy federal review process involving inspections to ensure high security and detailed record-keeping.

In our labs, even the very small amounts of cannabinoids we need to conduct research in mice are highly scrutinized. This regulatory burden discourages many researchers.

Designing studies can also be a challenge. Many are based on users’ memories of their symptoms and how much cannabis they use. Bias is a limitation of any study that includes self-reports. Furthermore, laboratory-based studies usually include only moderate to heavy users, who are likely to have formed some tolerance to marijuana’s effects and may not reflect the general population. These studies are also limited by using whole cannabis, which contains many cannabinoids, most of which are poorly understood.

Placebo trials can be a challenge because the euphoria associated with cannabis makes it easy to identify, especially at high THC doses. People know when they are high.

Another type of bias, called expectancy bias, is a particular issue with cannabis research. This is the idea that we tend to experience what we expect, based on our previous knowledge. For example, people report feeling more alert after drinking what they are told is regular coffee, even if it is actually decaffeinated. Similarly, research participants may report pain relief after ingesting cannabis, because they believe that cannabis relieves pain.

The best way to overcome expectancy effects is with a balanced placebo design, in which participants are told that they are taking a placebo or varying cannabis dose, regardless of what they actually receive.

Studies should also include objective, biological measures, such as blood levels of THC or CBD, or physiological and sensory measures routinely used in other areas of biomedical research. At the moment, few do this, prioritizing self-reported measures instead.

Abuse potential is a concern with any drug that affects the brain, and cannabinoids are no exception. Cannabis is somewhat similar to tobacco, in that some people have great difficulty quitting. And like tobacco, cannabis is a natural product that has been selectively bred to have strong effects on the brain and is not without risk.

Although many cannabis users are able to stop using the drug without problem, 2-6 percent of users have difficulty quitting. Repeated use, despite the desire to decrease or stop using, is known as cannabis use disorder.

It is too soon to say for certain that the potential benefits of cannabis outweigh the risks. But with restrictions to cannabis (and cannabidiol) loosening at the state level, research is badly needed to get the facts in order.