BULLSH**TER OF THE DAY: Roger Stone, for cranking up the druggy Hillary claims 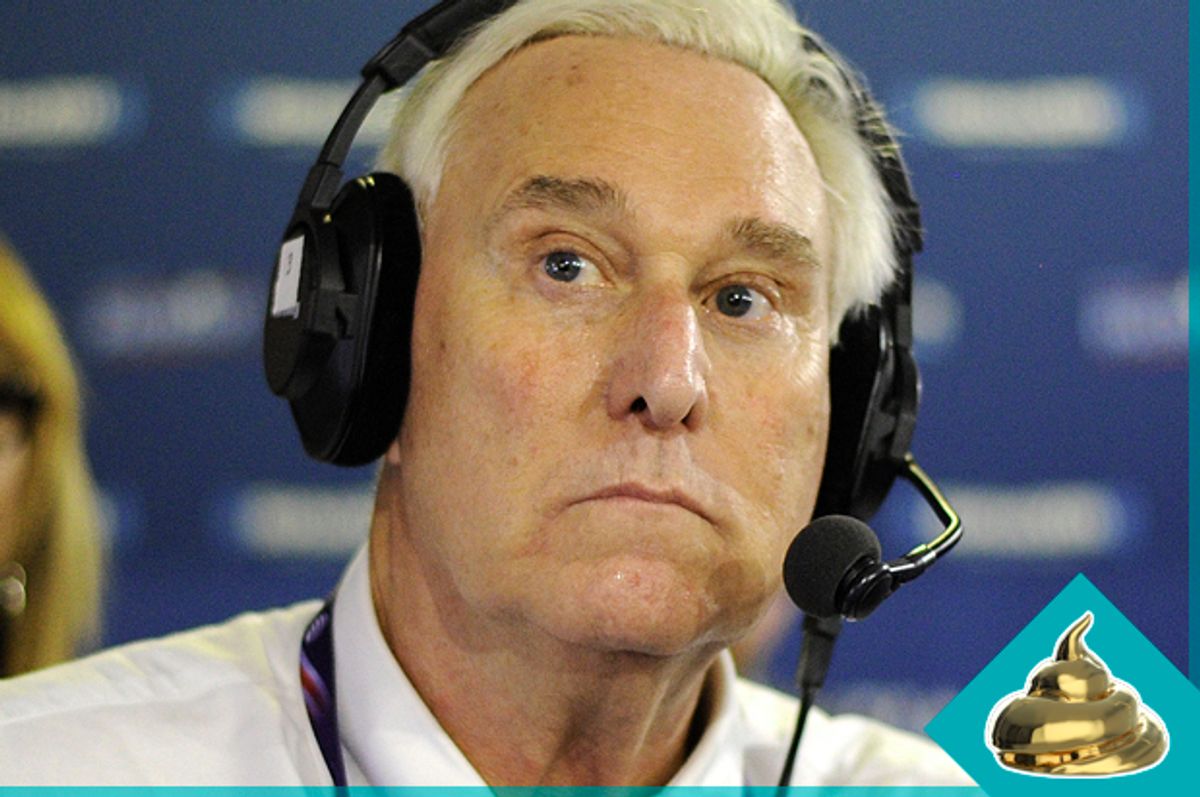 "I think they had her hopped up on drugs for all three debates. Let me ask you a question though. Why in the final debate did we use a different camera lens for Hillary than Trump? Why did we use a softer lens? Why did the network do that? Or is that media bias?"

It's hard to tell anymore. WIOD radio host Fernand Amandi asked Stone about false accusations regarding Hillary's health. Stone's answer, however, managed to veer into the alleged media bias that he believes is responsible for Trump's imminent loss. And of course for a Trump lackey, any opportunity is a good one to slander Hillary.

Does Hillary Clinton need drugs to argue Donald Trump in a debate? No, she doesn't. It's called preparation and experience. She might, however, need some pain-killers after having a human-sized puppet belch "WRONG" every time she tried to speak--but then so does the rest of the country.

He's been vocal several times about how this election will be stolen (currently the Trump camp's front-burner bullshit). But just seconds after this quote, in the same interview, Stone joined in Trump's threats against our democratic system when he said: "Enjoy CBS, ABC and NBC while you can because I don't even think they will be in business at the time of the next presidential election, if we have one." Thanks