In a conference call Monday, the actress explained her experience with Trump and why she thinks he is dangerous 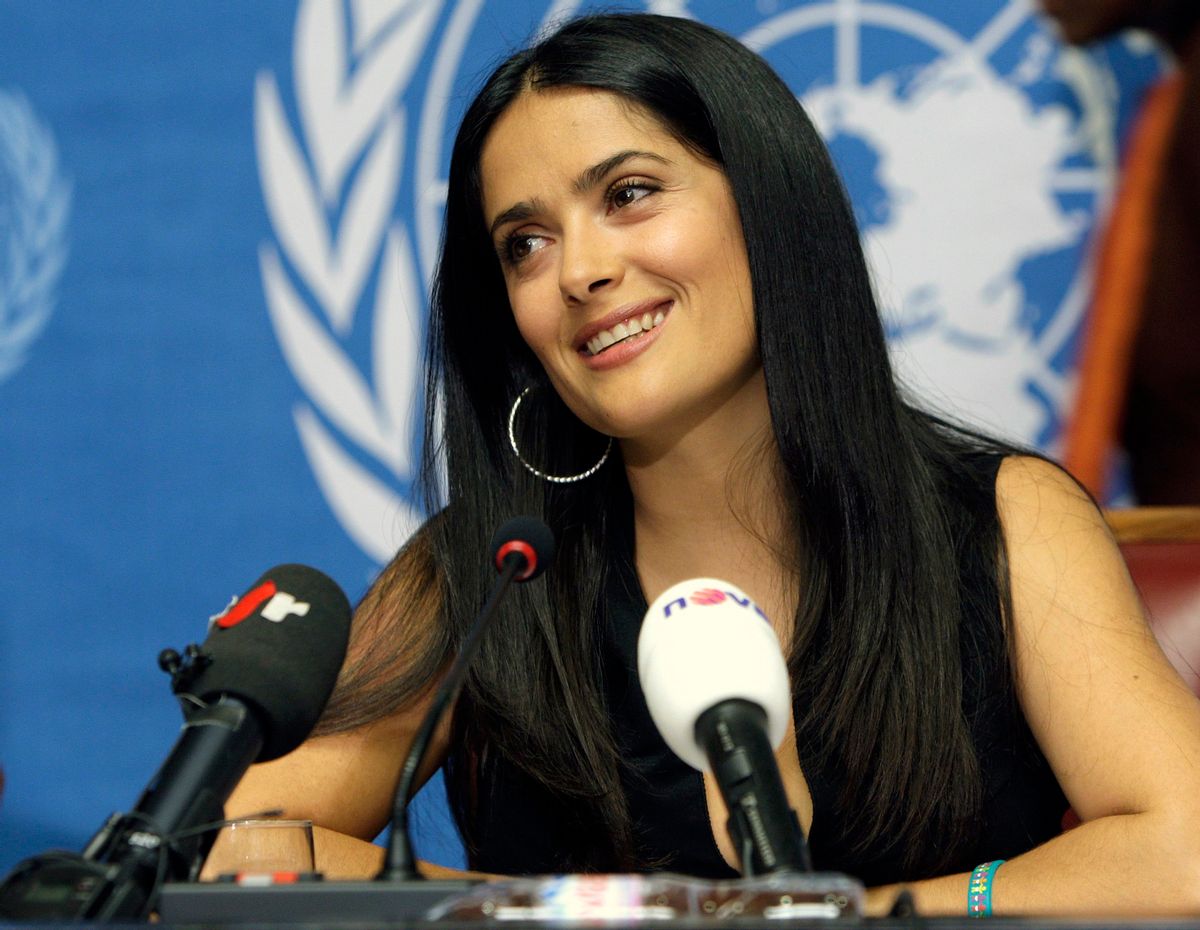 Mexican actress Salma Hayek, spokeswoman for the global Pampers/UNICEF campaign "One Pack = One Vaccine", reacts during a press conference to announce the partnership between UNICEF and Pampers aimed at eliminating maternal and newborn tetanus, at the United Nations building in Geneva, Switzerland, Thursday, Oct. 2, 2008. (AP Photo/Keystone, Martial Trezzini) (AP)
--

Salma Hayek just proved she is a more polished politician than Donald Trump, needling the GOP nominee for his horrid treatment of women and Latinos in a conference call Monday.

The actress, who has become a surrogate for Democratic nominee Hillary Clinton, recounted a trip she took in 1998 to visit American troops overseas. As she approached a camp in Kosovo, she was surprised by how many soldiers were of Latin American descent. When she talked with the soldiers, she was struck by their commitment and pride.

Hayek noted that many of the young soldiers who have died in past wars were Latinos. But today, instead of honoring these sacrifices and contributions, a presidential candidate is call them criminals, Hayek said.

"He calls us criminals, but who is the one who has a criminal lawsuit? He calls us rapists, but who has a lawsuit for raping a young girl?" Hayek asked. "He calls Hillary Clinton, 'crooked Hillary,' but last time I checked he has 3,500 lawsuits."

Hayek waded into the ugly discourse surrounding this election when she gave a radio interview last week in Los Angeles detailing the time she met Trump and his subsequent pursuit of her despite her vocal disinterest. Trump, salty from being turned down, would later plant gossip in the National Enquirer suggesting the real estate mogul did not want to date Hayek because she was not tall enough for him, Hayek has said.

On Monday Hayek indicated that Trump did not necessarily treat her badly in these instances but insisted that these encounters demonstrate his overall selfishness and misogyny. She then asserted that Trump vows to be a politician who will do what he says yet Trump admits he has said certain things but then claims he has never done them and that his comments were just locker-room talk.

Hayek had nothing but high praise for Hillary Clinton. "She knows what it takes to make a change. She has been fighting for these changes for 30 years, in health, in education," she said.

Before ending the conference call, Hayek emphasized the importance of this election for Latinos.