To the surprise of no one, a GOP billionaire owner of a newspaper came out in support of the GOP candidate 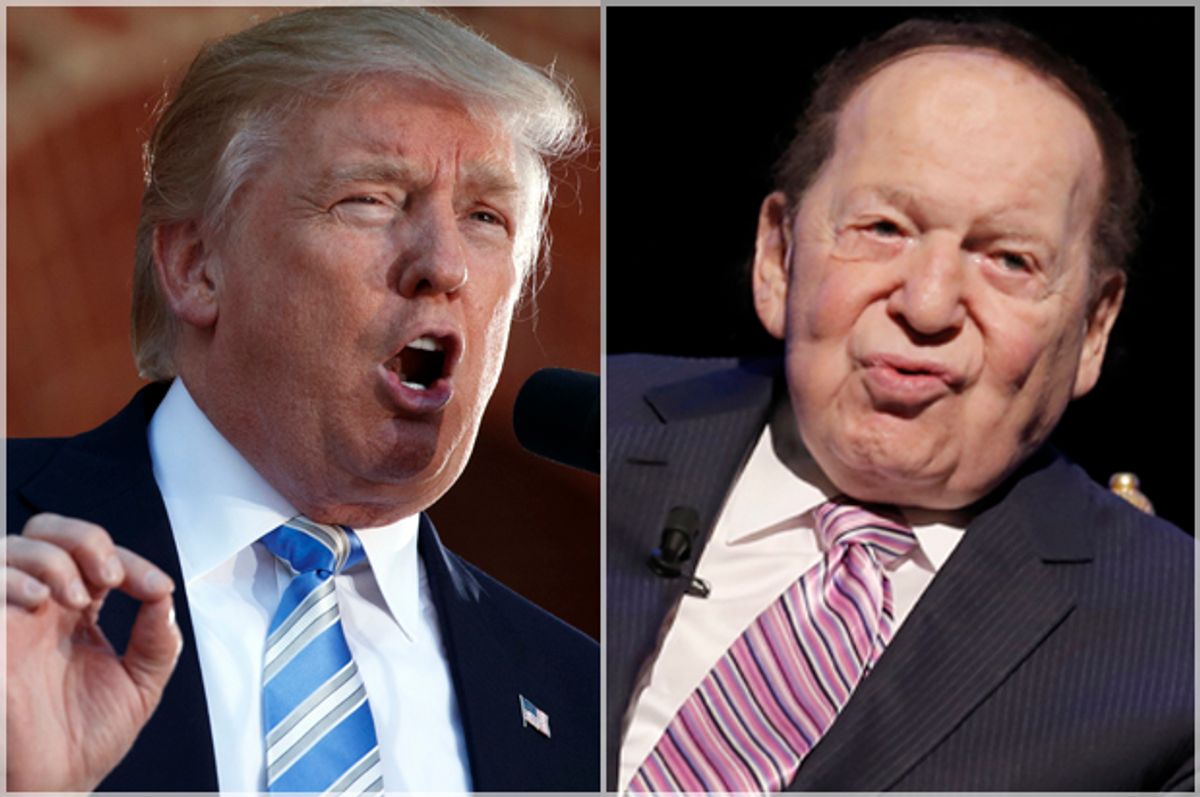 In an editorial, the Review-Journal said the Republican presidential nominee "brings a corporate sensibility and a steadfast determination to an ossified Beltway culture."

"Mr. Trump represents neither the danger his critics claim nor the magic elixir many of his supporters crave," it added. "But he promises to be a source of disruption and discomfort to the privileged, back-scratching political elites for whom the nation’s strength and solvency have become subservient to power’s pursuit and preservation."

With a daily circulation of about 98,000, the Review-Journal is larger than the other two newspapers — the Santa Barbara News-Press and St. Joseph News-Press — that have endorsed Trump's campaign.

Adelson secretly purchased the Vegas paper last year for $140 million. The unprecedentedly high bid was thought to be a shady effort by the notorious GOP donor and his family to orchestrate public opinion and push a Republican agenda in the city.

After it was revealed in December that Adelson had purchased the paper, his family formally announced the deal in an editor's note.

The family called the purchase "both a financial investment as well as an investment in the future of the Las Vegas community."

And the family further wrote: "Our motivation for purchasing the R-J is simple. We believe in this community and want to help make Las Vegas an even greater place to live. We believe deeply that a strong and effective daily newspaper plays a critical role in keeping our state apprised of the important news and issues we face on a daily basis."

Adelson and Trump have had a frosty relationship over the past few months, as the casino billionaire who contributed $25 million to the campaign of the Republican candidate has "bemoaned Trump's lack of focus and what he sees as squandered opportunities, according to CNN.”

Democratic presidential nominee Hillary Clinton has been endorsed by 184 newspapers in the country as of Monday, including 40 that endorsed Mitt Romney over President Obama in 2012.