Donald Trump doesn't know how Obamacare works, or health care for that matter

The Affordable Care Act is a complex, important law — and would-be president Donald Trump has no clue what it does 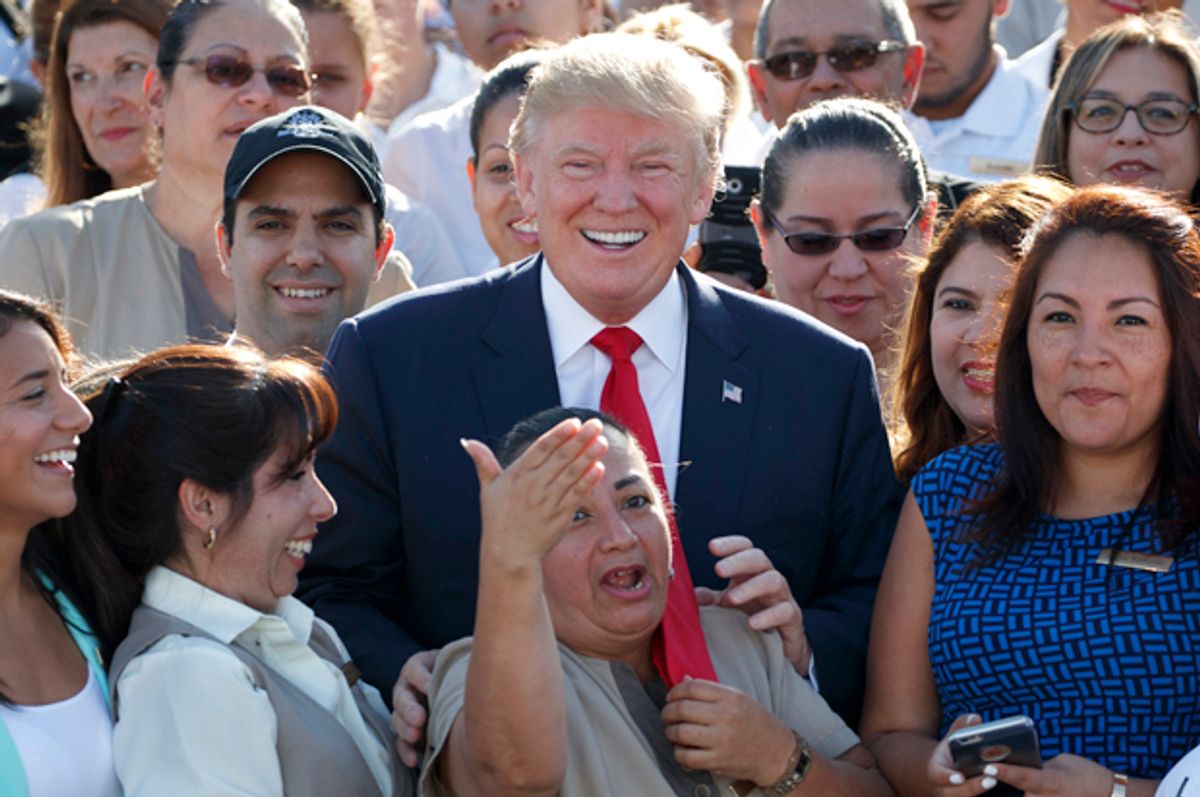 The most valuable resource a presidential candidate has is time, and management of that resource is critical to mounting a successful campaign. We are now just two weeks from Election Day, which means time is extremely scarce and in need of precise management.

Republican nominee Donald Trump, who frequently and loudly boasts of his management skills, is spending his increasingly scarce time as a candidate not on the campaign trail, but at his business properties. He had an event Tuesday morning at his resort in Doral, Florida, and he’ll be in Washington on Wednesday for a ribbon cutting at a new hotel.

It’s fair to say that Trump is not entirely focused on becoming the next president of the United States. And that’s actually fine because what he said in Doral this morning about Obamacare revealed a new depth of policy ignorance that we really don’t want anywhere near the Oval Office.

The Doral event, which Trump apparently sprang on reporters with no real notice, featured a small parade of Trump’s Latino employees being marched onstage to say nice things about him as they wore his signature slogan-festooned hat. To demonstrate how much he loves his cares about his workers, Trump told some playful jokes about how they would be fired if they weren’t sufficiently effusive in their praise of him.

Ha! How extremely comfortable and professional.

Anyway, surrounded by his on-the-payroll supporters, Trump quickly turned his attention to the fraught issue of health insurance reform. “I can say all of my employees are having a tremendous problem with Obamacare,” Trump announced. “You look at what they're going through with their health care is horrible because of Obamacare. So we'll repeal it and replace it.”

That was an eyebrow raiser, given that Trump, as a self-described business genius who employs many people in his huge company, is legally required to offer those employees health coverage.

But, as Politico reported, Trump flatly contradicted himself just a few moments later. “These are just amazing people,” Trump said of his employees. “Jobs just make lives and they make people and they make families and they’re not worried about their health care because we take great care of people.”

Then Trump went on Fox News and confirmed that he has no actual idea what he’s talking about when it comes to the Affordable Care Act. “I don’t use much Obamacare, to be honest with you,” he said when asked to explain how the law was hurting his business, “because it is so bad for the people and they can’t afford it.”

Trump has discovered a brand-new way for a Republican to be wrong about Obamacare.

The standard GOP lie about the ACA is that it represents a government takeover of the health insurance industry that’s being crammed down our collective gullet. Trump is going in the opposite direction, treating Obamacare as an undesirable market option that he, as an employer, is at liberty to reject on behalf of his employees.

That is, of course, incorrect. Nobody “uses” Obamacare in the sense that Trump implies. The government is not offering coverage plans on the Obamacare exchanges, and no employers are wrestling with whether to “use” Obamacare because that’s not how the law works. (The federal government and the states administer health insurance exchanges, and people who want to purchase private coverage through the exchanges can receive federal subsidies to help cover the cost.)

If we’re setting the bar as low as can possibly be allowed, then Trump, as someone seeking an elected office that will have huge influence over health-care policy, should have at least a rudimentary knowledge of how of our current health care structure works. But Trump is so arrogant and incurious that even a bare-bones comprehension of a critically important policy seems to be too demanding an ask.