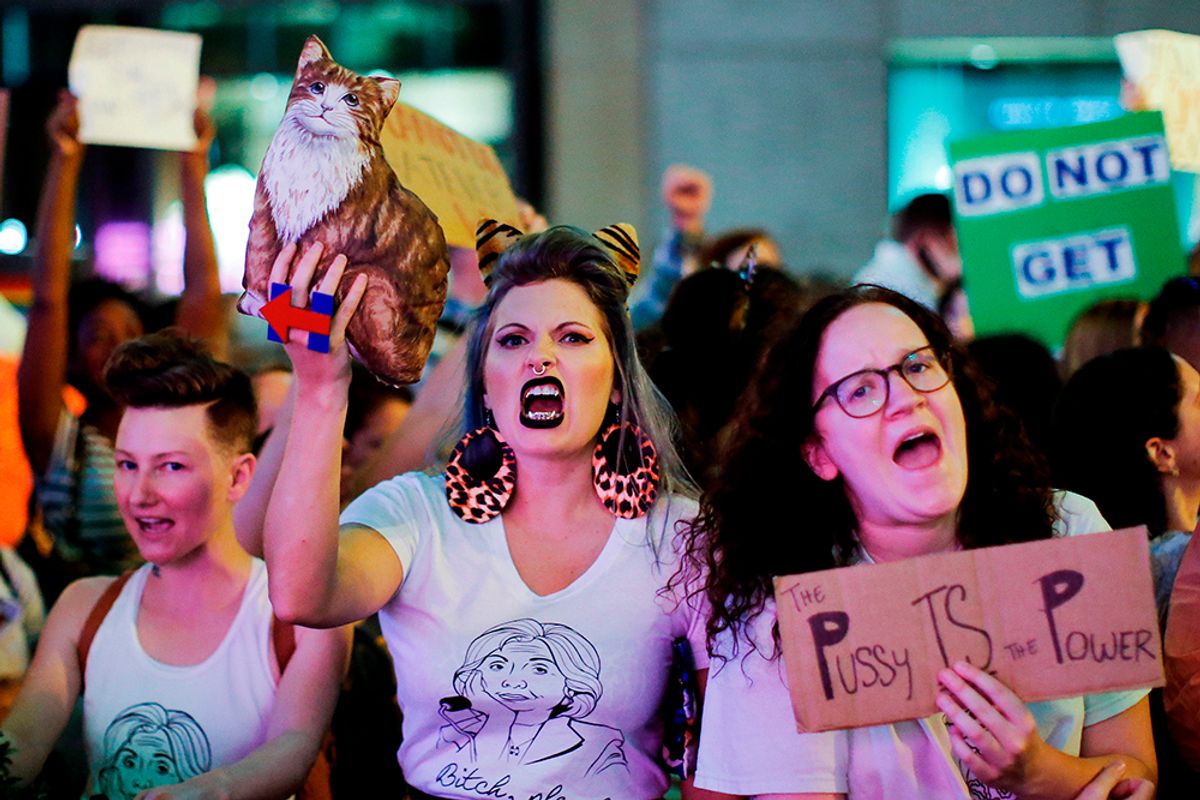 A 27-year-old Staten Island woman participating in the Pussy Power at Trump Tower protest last week was groped by a male passerby, according to the NYPD.

More than 100 protesters had gathered outside Trump Tower in midtown Manhattan ahead of the third presidential debate on Wednesday.

The victim told police that at around 6:15 p.m., "a man she didn’t know grabbed her breast," according to DNA Info, which broke the story.

As of Monday, no one had been arrested.

The event's Facebook page invited participants to "protest the pussy-grabber at his place of residence right before the next presidential debate."

"Two groups, Pussy Grabs Back and Lady Parts Justice, have been frequent fixtures outside the building for weeks, protesting Trump’s alleged history of inappropriately touching women," according to Talking Points Memo.