In an interview on CNN "New Day" on Wednesday, Cuomo and Giuliani argued again over Clinton's email investigation 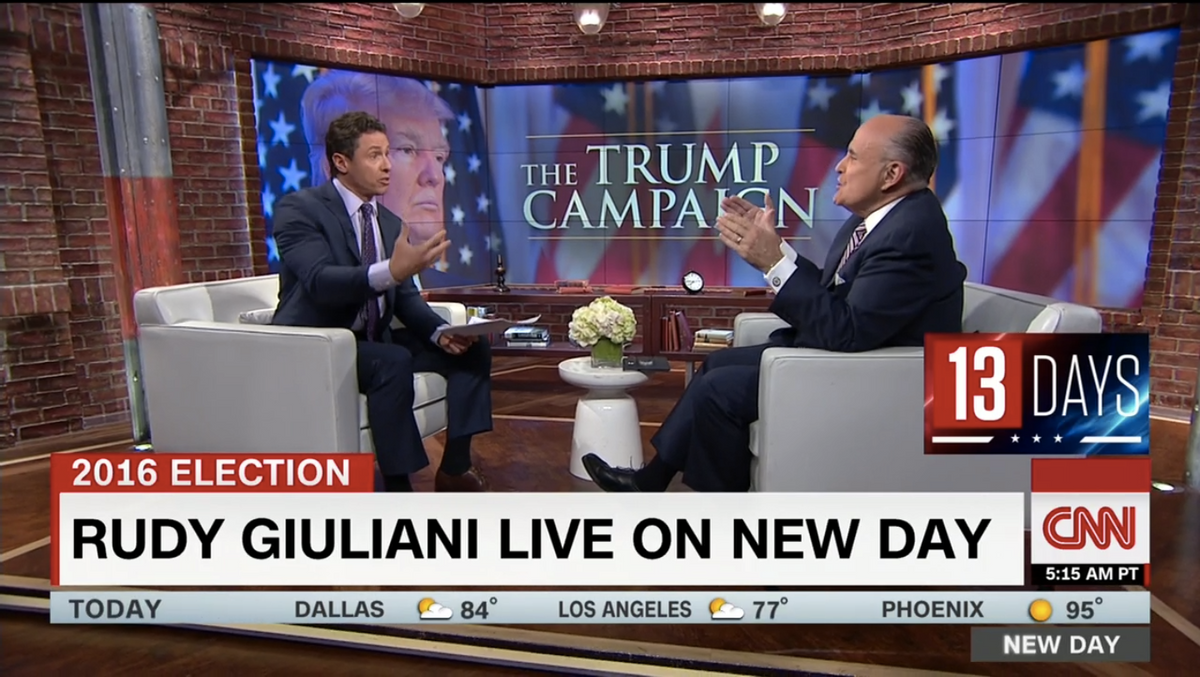 Rudy Giuliani snuck out of "Trumpland" on Wednesday to make an appearance on CNN's "New Day," subjecting himself to a combative interview with host Chris Cuomo, who at one point said of the former mayor, "all of a sudden you're in Trumpland, and the facts are all over the place."

During the exchange, Giuliani introduced a conspiracy theory on the show, claiming an official involved in the Clinton email investigation was bribed not to charge the Democratic presidential nominee.

"I think it is based on the facts of things like the number two guy in the investigation turns out to have gotten $675,000," Giuliani said.

Cuomo fact checked the former mayor by noting that the payment he was referring to was a legal campaign contribution given to the FBI official's wife.

"I have looked up to you my entire life because you're so accurate, and all of a sudden you're in Trump land, and the facts are all over the place. He didn't get a penny," Cuomo said.

But that response didn't satisfy Giuliani. "You guys are so darn unfair to Trump. I swear to God," he said.

Cuomo, seemingly astonished by this spin, dismissed what Giuliani was saying as pure nonsense.

Watch a video of the heated interview below:

For regular "New Day" viewers, the interview probably seemed like déjà vu. Cuomo and Giuliani had an eerily similar dispute in August, as the two aggressively argued about FBI Director James Comey's decision not to indict Hillary Clinton.