A psychologist explains why so many women oppose feminism

Sexism against women, by wome, is real and the negative perceptions of Hillary Clinton only reinforce this reality 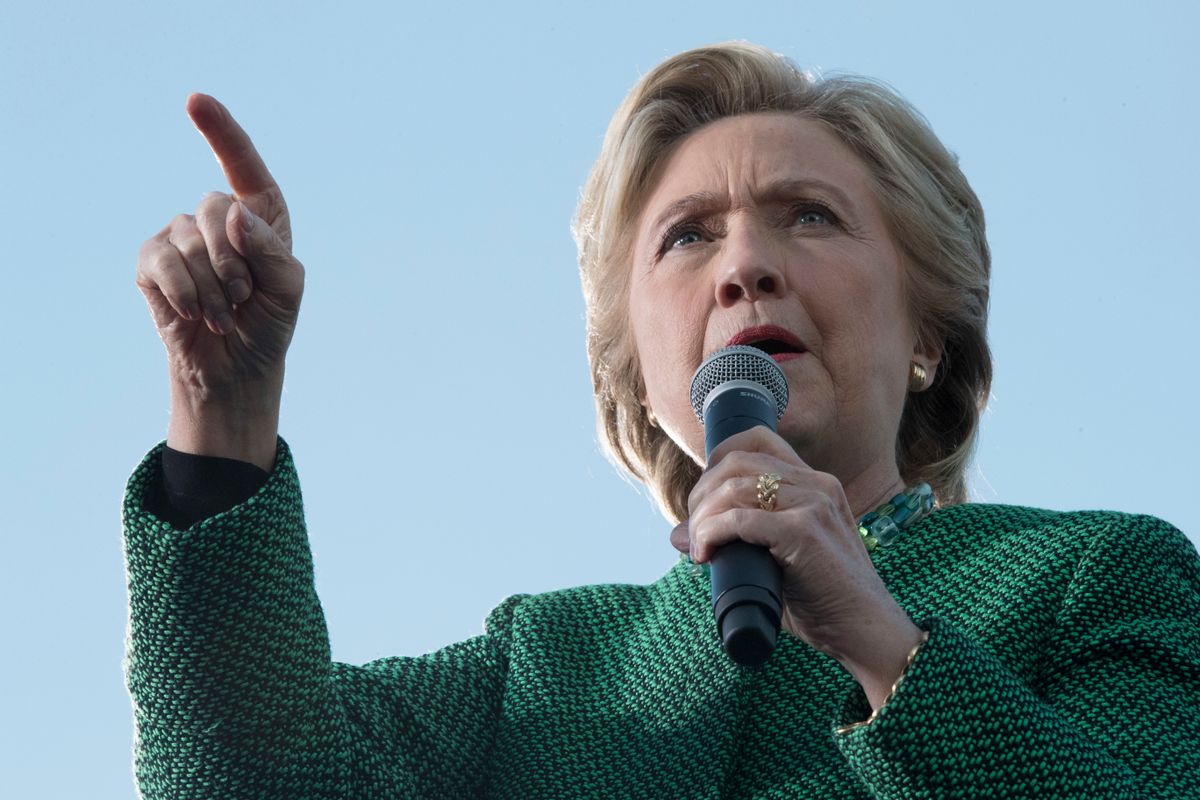 Just when you thought sexism was a thing of the past, revelations about Donald Trump bragging about groping women hit the news. Yet only 13% of female Republicans think he should stop campaigning for the presidency. While women generally favor his Democratic rival Hilary Clinton, 49% of them rate her unfavorably. Despite her life-long commitment to public service, she is often criticized as a bad mother. UK prime minister Theresa May, too, is often seen as cold and unrelatable while Margaret Thatcher was referred to as the “Iron Lady” – competent but cold.

Feminists are often seen in a similar way. Think back to Meryl Streep’s interview about her experience of the gender pay gap in the movie industry. When asked if she was a feminist she did not use the F-word and stressed her love for men – as if pre-empting an attack. But why should there be such unease and reluctance surrounding feminism, which after all just strives for equality of the sexes? It may all be in the nature of sexism.

Contemporary sexism is mainly ambivalent in nature. We often hold both positive (benevolent) and negative (hostile) attitudes to women (and men). Hostile sexism involves old-fashioned and overt negativity towards women, whereby they are perceived as wanting to control men. It reflects beliefs that men should have more power than women, that women may use their sexuality to benefit from men’s higher status and that women are less competent than men.

Benevolent sexism on the other hand is more subtle. It is positive in valence but still undermines and patronizes women. It views them stereotypically and restricts their social roles. It includes beliefs that good women are nurturing and that men should protect them, implying that they are weaker. This form of sexism often goes unnoticed and yet has negative consequences for women – making them less interested in activism, under-appreciating their own competencies and even lowering their performance.

The power of status quo

It may come as a surprise but individuals who score high on benevolence to women in psychological tests are likely to be high on hostility as well. People can often have such seemingly conflicting attitudes without even realising it. This is because people divide women into “good ones” (those who deserve “positive” attitudes) and “bad ones” (those who deserve punishment). It is sometimes referred to as the Madonna vs whore divide. Crucially, both forms of sexism serve to maintain status quo.

Hostile sexism punishes behaviors that are seen as inappropriate for women. Examples include the story of Malala Yousafzai which shook the world in 2013 – she was shot for going to school. Closer to home, Caroline Criado-Perez received rape threats on Twitter after her campaign to have a woman depicted on the next £10 note.

However, open hostility per se often leads to rebellion, which makes it unsuccessful in maintaining the status quo. Thus, this “iron fist” needs a “velvet glove”. And this glove is exactly what benevolent sexism is – it rewards compliance with the system. Women who follow traditional gender roles are put on a social pedestal and are protected. Think about food TV presenters Mary Berry or Nigella Lawson (before the alleged drug scandal) – the exemplar domestic goddesses. Women’s gender stereotypical behaviours are thus reinforced.

Indeed studies have shown this again and again. I’ve shown it to be the case in advertising. Others have found it operates in occupational, educational, judicial, economic and social – including romantic – spheres. By stepping into traditionally “male domains”, women gain in competence but often lose in likeability. This may also be a reason why women often are reluctant to confront instances of sexism openly.

Is it really that surprising then that even some women oppose feminism? Combined, the two sexist ideologies condition and socialize women (and men) to maintain the status quo. It is simply safer to be in line. After all, we all want to be liked.

As a result, women often internalize the stereotypical expectations. They may genuinely hold more conservative views and believe that women are better suited to certain roles. For example, they may enjoy being in charge of the household and children, and feel that feminists are trying to take that power away by demanding that men share responsibility in this arena. Others may not agree with more extreme interpretations of feminism.

Indeed, the belief that women are better than men in the domestic sphere – and that men would fall apart without their help and support at home – can be used by women to justify their opposition to feminism. Other justifying mechanisms include believing that a softer, less confrontational approach to achieving gender equality is more likely to be effective in securing men’s support.

So what can we do about it? Well, just being open about what is going on is a start. Identifying the hidden structures that are meant to keep us all in check could help both women and men question the system. And here’s a great incentive to do it. Research has shown that greater egalitarianism is actually beneficial for both men and women across the board. Not only does it boost organisational performance and the national economy, but couples who share housework actually report having more sex and being happier with their romantic relationship. So why not strive for it?

It certainly can be achieved – but we need attainable female role models, support from men and informational campaigns supported by experiential learning to do it.

My own research suggests that democratization, with its focus on fostering understanding and tolerance, may help. My latest research also shows that nonverbal behavior, such as holding “power poses” – physical gestures that communicate power – may help women by increasing their interest in non-traditional domains such as statistics, maths or technology.

Perhaps fittingly, tolerance is the topic of my next open public talk. Together with mutual respect, tolerance could create a safe environment for all to thrive in. One where the F-word could be used safely. Or maybe one where it would not need to be used at all.