Former strip club PR rep: Donald Trump's behavior would get him "tossed into the alley"

Michael Precker, in a recent Op-Ed, proved Trump is too lowbrow for even the most ungentlemanly gentleman's clubs 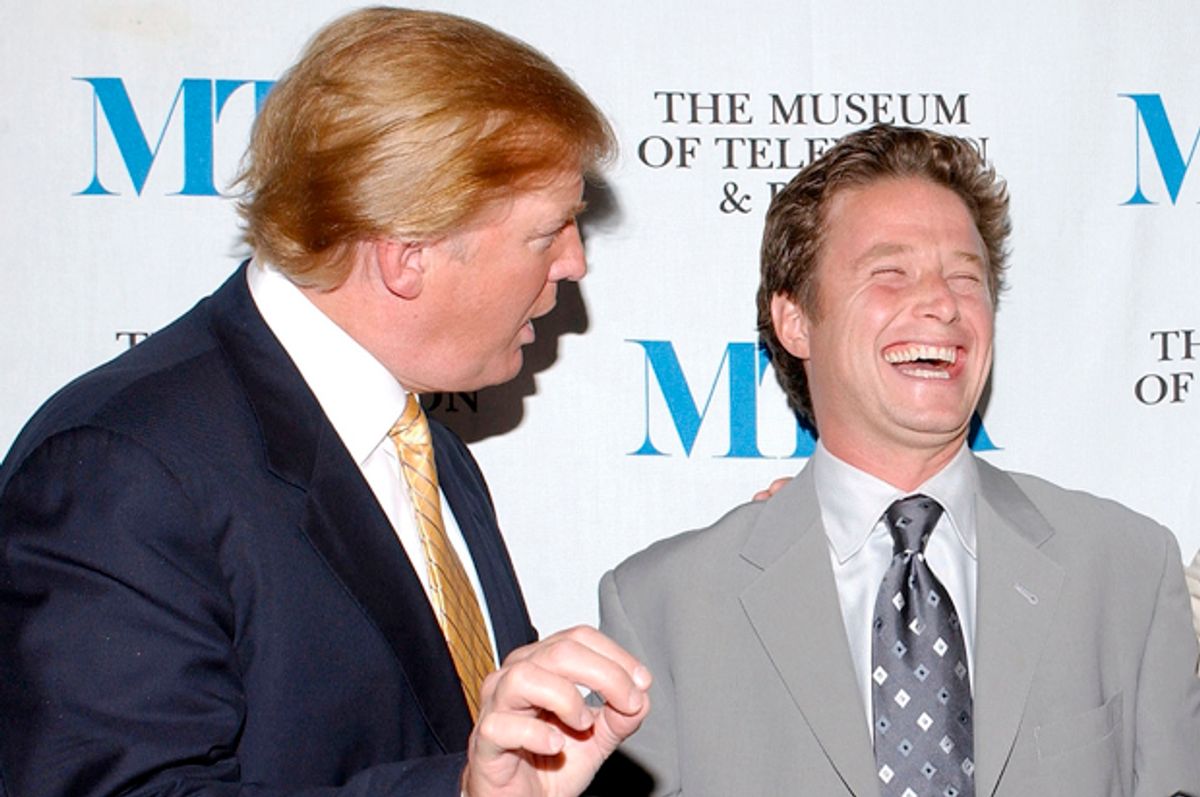 In an Op-Ed for The Dallas Morning News, Michael Precker — who used to do public relations for a gentleman's club (he doesn't like the term "strip club") — explained why, if Donald Trump's claims of sexually assaulting women were true, the Republican presidential nominee would be "tossed into the alley."

"No matter how insensitive, boorish or physically repulsive you may be, an attractive woman will smile at you, laugh at your jokes, bolster your ego," Precker, who's now a Dallas-based freelance writer, said of the glorious "antidote" to PC-culture that strip clubs provide men.

"You can be rude and crude . . . Blouses and skirts are made to come off. If you're fixated on knowing how someone looks under her clothes, you don't have to use your imagination."

There is, however, a limit to the culture at his former workplace.

"But can you grab? Legally, no, as any unwanted touching is assault . . . such ungentlemanly behavior might get you tossed into the alley," he added. "However, if everyone’s amenable and the money’s right, it’s just another day at the office."

In a 2005 conversation between Trump and then-"Access Hollywood" host Billy Bush leaked by The Washington Post earlier this month, the real estate mogul bragged that his fame allowed him to "grab women by the pussy" with impunity.

Since, a growing list of women has come forward to accuse Trump of sexual assault.

However, "As Donald Trump made clear long before the Access Hollywood tape surfaced, his strip club attitude and his strip club actions had no boundaries," Precker continued. "He didn’t need to pay a cover charge or comply with the two-drink minimum. America is his strip club."

Precker argued that though Trump was not the first to display such blatantly misogyny, he is the "poster boy" and ought to "take the fall" in order to "send this message: Do whatever you like inside the club, as long as all the parties involved are agreeable. But once you go through the doors and you’re back outside, it’s a whole different world."