The Clinton campaign is making a big in-your-face statement 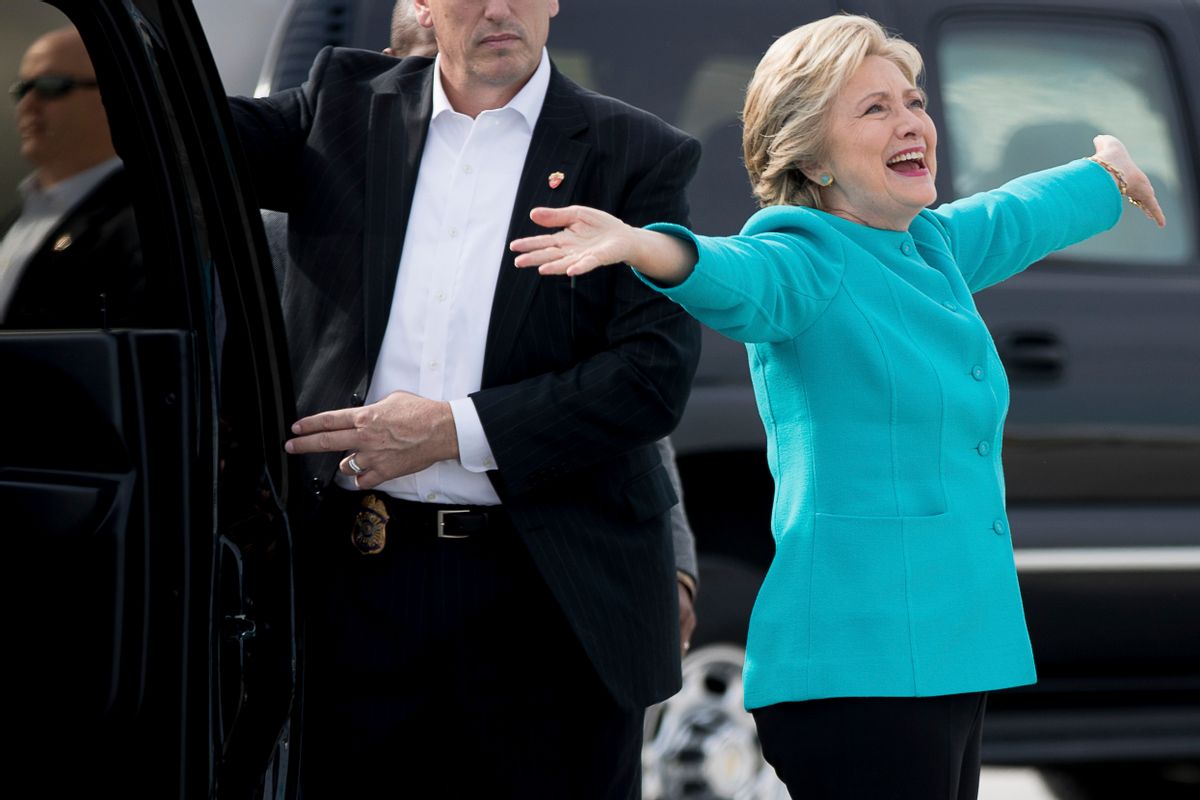 Hillary Clinton so likes her odds of winning on November 8 that she's planning to spend election night beneath a literal glass ceiling at the Jacob K. Javits Convention Center in Manhattan, according to The Washington Post.

A part-time New York City resident, Clinton established her campaign headquarters (which The New York Post called a "cesspool of disease") in Brooklyn Heights — only a couple of subway transfers away from the now-Financial District-based Clinton Foundation.

The announcement of venue looks a lot like an indication that the Democratic nominee is pretty certain she'll become the first female president. In the increasingly unlikely chance that she's wrong, she's setting herself up to eat shit.

After losing the Democratic presidential primary to Barack Obama in 2008, Clinton told supporters, "Although we weren't able to shatter that highest, hardest glass ceiling this time, thanks to you, it's got about 18 million cracks in it."

Trump, a native New Yorker, will also be in the city on election night. Asked where she planned to watch the election results come in, Trump surrogate and former "Apprentice" villain Omarosa Manigault told The Hill, "With Mr. Trump. I’ll be in New York."

As of this writing, though, the Republican presidential nominee's campaign has yet to formally announce an election-night venue.