Utah Rep. Jason Chaffetz, who said he couldn't look his daughter in the eye if he votes for Donald Trump, is voting for Trump

Meanwhile, Trump loyalists are falling in line to smear Evan McMullin for challenging the GOP nominee 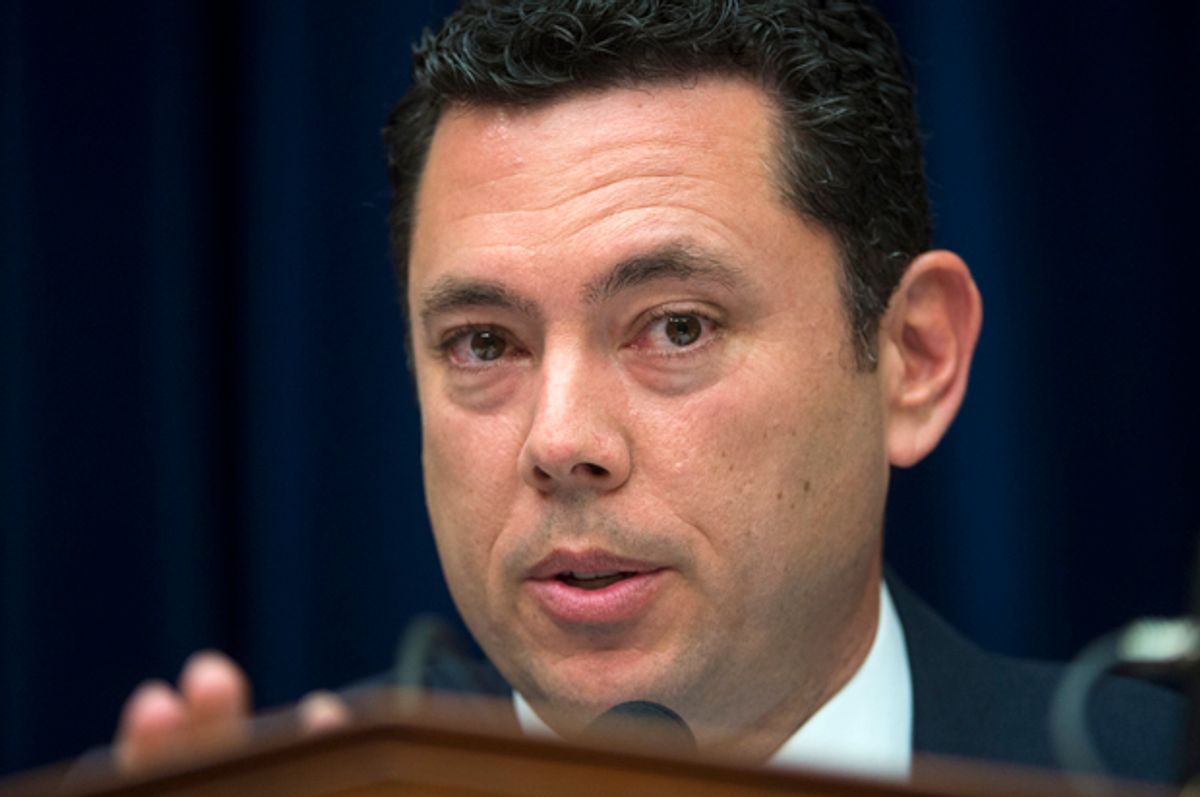 There is a very real chance Donald Trump could lose Utah.

And because, for the first time in decades, an independent candidate has turned Utah into a battleground state and may be poised to win a state in the presidential election, the Republican presidential nominee's most vocal right-wing supporters have come out to attack Evan McMullin.

First, Trump's running mate, Mike Pence, was forced to campaign in a state Mitt Romney won in 2012 with 72 percent of the vote less than two weeks before the election. That didn't make Trump's sycophants happy.

“Who’s this idiot that’s running third party that’s killing Trump out in Utah,” Hannity asked on his radio show Wednesday afternoon. “Who put him up? What was it? The Bush people? The Romney people?” he quizzed to also suggest a conspiracy against Trump.

Hannity went on to slam “all this garbage from you Never Trumper jerks out there,” echoing a sentiment shared by fellow right-wing talk radio host and Trump booster Laura Ingraham.

"Blame the #NeverTrump folks (Romney?) for pushing McMullin in Utah," she tweeted Wednesday:

Utah's Republican voters, many of whom are Mormon, have supported Trump at far lower levels than in other states, lending to McMullin's strong showing. McMullin, a Mormon, was born in Utah and could either help swing the state in Democratic nominee Hillary Clinton's favor or take the state's six electoral votes himself.

Perhaps it was the seemingly coordinated attack from the right-wing media arm of the Trump campaign that had Utah Congressman Jason Chaffetz running scared with what the Washington Post described as a "modern record for flip-floppery."

Just 19 days after he came out against Trump's candidacy — after a 2005 video of the GOP nominee boasting of sexual assault was published — Chaffetz was furiously backpedaling on his un-endorsement with a non-endorsement Thursday.

"I can no longer in good conscience endorse this person for president. It is some of the most abhorrent and offensive comments that you can possibly imagine," Chaffetz told Salt Lake City’s Fox 13. "My wife and I, we have a 15-year-old daughter, and if I can’t look her in the eye and tell her these things, I can’t endorse this person."

But by late Wednesday evening, Chaffetz was singing yet another tune.

"I endorsed Trump, then I withdrew my endorsement. So I'm done telling people who to vote for," Chaffetz explained to the Post earlier this week.

The House Oversight Committee Chairman, who this week attempted to entice Republicans to vote for the GOP by promising continuing investigations into Clinton even if she wins the White House, said he's only focus is being anti-Clinton.

"One thing that unites Republicans — and we are a Republican state — is distaste for Hillary Clinton," Chaffetz told the Post.