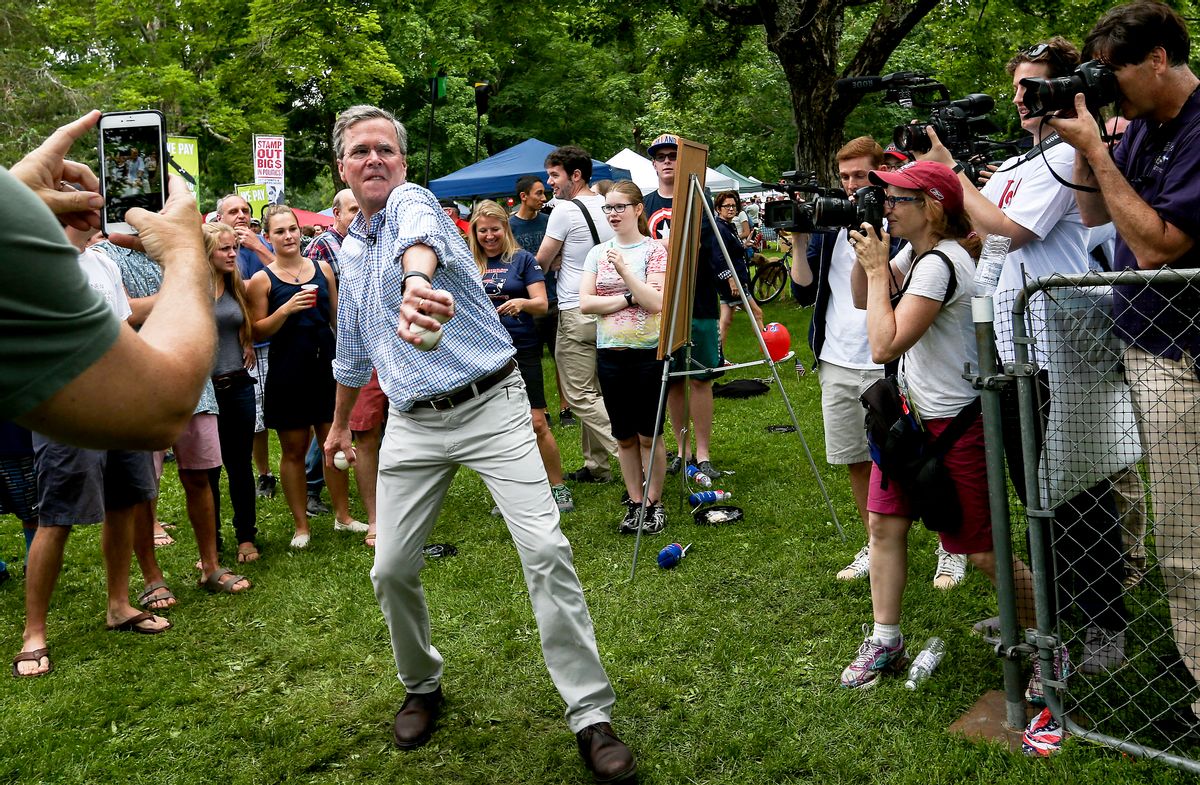 The LAPD has arrested a suspect in connection with the desecration of Donald Trump's star on the Hollywood Walk of Fame. The suspect has been charged with felony vandalism.

According to The Wrap, police "cannot identify the man until he gets booked, but he was arrested on suspicion of felony vandalism."

Early Wednesday morning, a man dressed as a construction worker cordoned off a square of sidewalk containing the Republican presidential nominee's star on Hollywood Boulevard in Los Angeles.

The man, who told reporters on the scene that his name was Jamie Otis, attacked the star with a sledgehammer and, more effectively, with a pickax before knocking loose a bronze medallion, which he said he planned to auction off to "raise funds for the women who have come forward to accuse Trump of sexually assaulting them over the decades."

Otis told Los Angeles-based City News Service that he'd planned to turn himself in following a news conference on Thursday, but the LAPD got to him first.

Earlier this month, The Washington Post leaked a 2005 tape in which Trump brags to then-"Access Hollywood" host Billy Bush about sexually assaulting women with impunity. In the weeks since, a number of women have come forward with accusations of sexual assault against Trump.

Trump, in turn, promised to sue every one of them.

“Every woman lied when they came forward to hurt my campaign,” he told rally-goers in Gettysburg, Pennsylvania. “Total fabrication. The events never happened. Never. All of these liars will be sued after the election is over.”

Watch video of the vandal below, via The Washington Post: