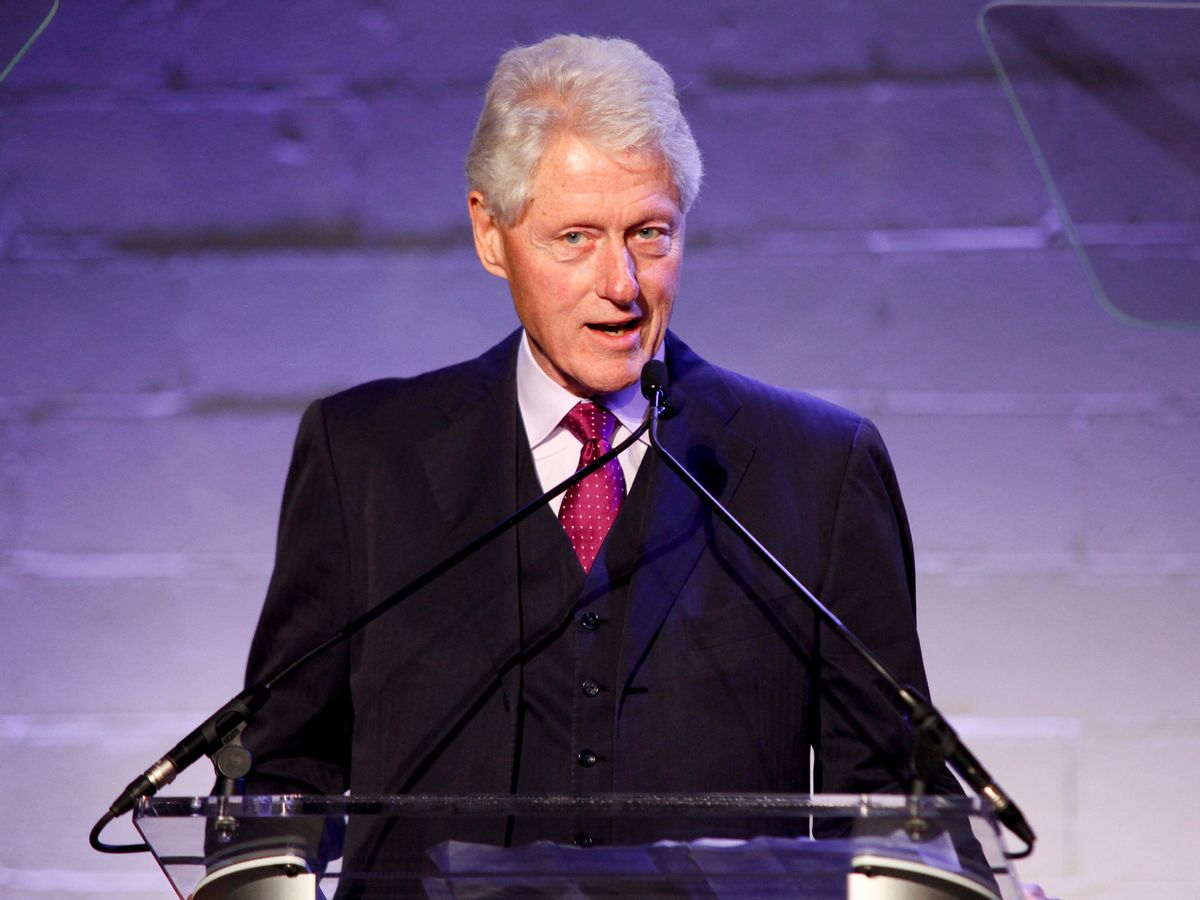 Great news, everyone. It’s time for another fascinating journey to that vast, undefined space of political and ethical uncertainty known as the Clinton Gray Area.

Thursday's trip was made possible by WikiLeaks, which released a 2011 memo written by Bill Clinton aide Doug Band regarding his consulting firm’s aggressive maneuvers to direct corporate money to the Clinton Foundation and the former president himself.

As The Washington Post reported, Band boasted in the memo that his firm, Teneo, successfully persuaded corporate entities to increase their levels of giving to the charity and throw some business Bill Clinton’s way in the form of highly paid speaking gigs and lucrative sinecures.

So, once again, the Clinton Foundation’s fundraising practices have churned up some politically fraught news coverage and questions about the ethical standards put in place for the former president’s global philanthropy.

In August, the foundation announced that should Hillary Clinton win the presidency, it will cease accepting foreign and corporate donations and spin off the majority of its projects to other charities. That was a good first step toward preventing conflicts of interest and also a recognition that the charity’s fundraising practices pose political and ethical problems for the Clintons.

Now comes this Doug Band memo, detailing the ways in which Bill Clinton’s personal financial endeavors were intertwined with his charity’s fundraising efforts. That memo was written shortly before Chelsea Clinton voiced complaints that Band and his associates were misusing her father’s name and influence to drum up business for themselves overseas.

It turns out Chelsea was right to be wary of Band. The memo was basically a how-to guide for leveraging a former president’s profile into financial gain with as little ethical oversight as possible. It ran down the various corporate entities that Teneo had convinced to start donating (or increase their existing financial support) to the Clinton Foundation. Then the memo laid out the “For-profit activity of President Clinton (i.e., Bill Clinton, Inc.)” that Teneo has managed, detailing the many ways in which Clinton's remunerative affairs overlapped with the fundraising activities that Teneo conducted on behalf of the nonprofit Clinton Foundation.

The example that stood out for me concerned UBS. Per the memo, a Teneo representative introduced a top official from the financial services firm to Bill Clinton and then convinced that UBS official to donate $350,000 to a Clinton Foundation economic opportunity program. That same Teneo representative also floated the idea of Clinton giving a series of speeches for UBS, for which the former president would be paid $900,000.

Let’s set aside the absurdity of any human being receiving close to a million dollars for a handful of public speaking engagements. It does not look good when you have a charitable foundation’s fundraising consultants out there beating the bushes for business opportunities for the organization’s principal figure.

Band himself described this arrangement as “unorthodox” in the memo and seemed to acknowledge the possibility that Teneo's activities could bump up against tax laws governing charitable nonprofits: “We appreciate the unorthodox nature of our roles, and the goal of seeking ways to ensure we are implementing best practices to protect the 501(c)3 status of the Foundation.”

Charity work is supposed to be kept strictly separate from the business and personal financial interests of the people directly involved with the charity. Republican presidential nominee Donald Trump is in hot water with New York state regulators because he allegedly used charitable funds for personal gain: settling legal disputes, purchasing artwork, etc. Bill Clinton isn’t accused of doing anything like that, but documents like the Band memo make it impossible to completely separate the Clinton Foundation’s charitable activities from the Clintons’ personal finances.

That’s a perception problem, which the Clintons — as political figures and philanthropists — should have been going to every length to avoid. And it’s one of many other ethical gray areas that seem to persistently crop up regarding the Clinton Foundation.