Three races to watch: Forget the White House and even Congress — the battle for the statehouses is on 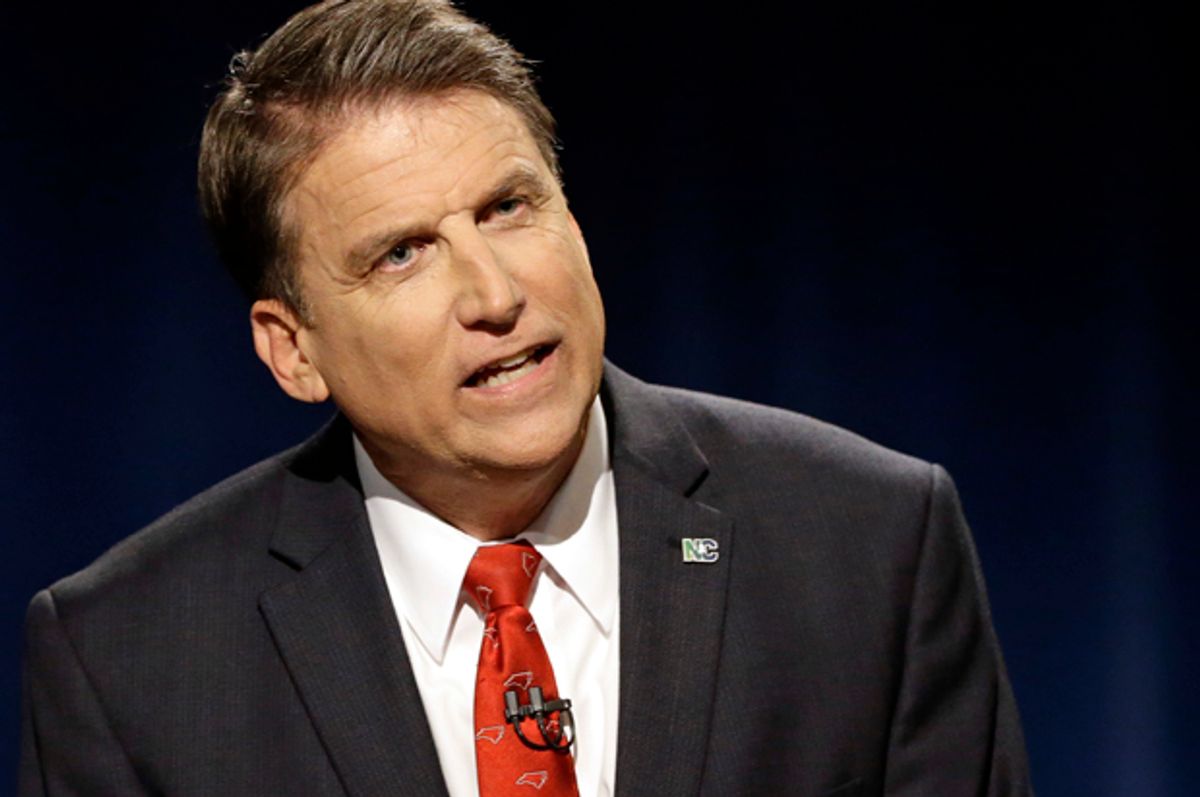 The Obama era has been ballot-box poison for Democrats at the state level. After the big Democratic wave that propelled the president into office in 2008, Republicans have been able to claw their way back into the majority in both state legislatures and governor’s mansions the same way they grabbed back control of Congress.

That is to say, they took advantage of Democratic disorganization and lack of attention to state races, their own natural demographic advantages (particularly in more rural states), and straight-up demagoguery about fighting the Kenyan socialist in the White House.

Republican control of so many statehouses has had a deleterious effect in those many states. GOP governors have refused the Medicaid expansion that the federal government wrote into the Affordable Care Act that was later made optional by the Supreme Court. This refusal has meant hundreds of thousands, if not millions, of lower-income people remain unable to afford health care.

Republican legislatures have passed laws restricting voting rights and are ignoring federal court orders to not enforce many of them. Kansas has been turned into an Arthur Laffer fantasy camp, with predictably terrible results for its budget and economy.

But with Donald Trump at the top of the GOP ticket on Nov. 8, Democrats are hoping his poisonous influence will let them grab control, or at least a share, of a few state governments and governor’s mansions. Here are three toss-up states to keep an eye on:

There are only 12 gubernatorial elections on Nov. 8. Of those, the most high profile is in North Carolina, where Roy Cooper, a Democrat, has a very narrow lead over Republican incumbent Pat McCrory.

McCrory is vulnerable for a lot of reasons, most of which are related to his seeming to serve as a rubber stamp for whatever legislative throwbacks to the 19th century his far-right legislature has sent to his desk. By far the most famous is House Bill 2, which overturned local ordinances protecting the rights of LGBT citizens in the city of Charlotte (where McCrory once served as mayor) and allowed transgendered people the right to use whichever bathroom they chose.

This blatantly discriminatory bill led to some very embarrassing national exposure for North Carolina and economic hardships as businesses canceled expansion plans in the state. The NBA yanked its 2017 All-Star Game out of Charlotte and the NCAA pulled seven championship events from the state, including the first two rounds of next year’s men’s basketball tournament. And believe this: It’s hard to hurt North Carolinians more than messing with their hoops.

The gubernatorial race is currently a toss-up, though Republicans have a hammerlock on the legislature, where they might lose a few seats but will not come close to losing their majorities. Still, getting rid of McCrory would be a good start.

The Granite State is always a special case due to its sheer size, legislatively speaking. New Hampshire’s legislature has 424 members, making it the third-largest legislature on the planet.

Four hundred of those seats are in the lower house, and that number plus the eccentric character of some legislators make party discipline an enormous challenge. Still, the House has flipped control every election since 2010. Republicans currently hold the majority by 75 seats, which sounds daunting.

But in the 2012 presidential election, the Democrats needed to pick up 98 seats to grab the majority. They won 118. So it can be done.

New Hampshire is also electing a new governor, as its current one, Maggie Hassan, is running to boot Kelly Ayotte from the Senate. Right now the Democratic gubernatorial candidate, Colin Van Ostern, has a small lead over Republican Chris Sununu. If Ostern holds that and Democrats can overcome the GOP’s four-seat majority in the Senate, it could give the party unified control of the state — or at least as unified as a legislature of that size can get.

Democrats are hoping that Hillary Clinton’s nearly 7-point lead in the state will have long coattails. If nothing else, New Hampshire is always a fun state to watch.

Normally there would be no mystery here. Arizona is a solidly Republican state. The GOP controls both legislative chambers by solid margins, plus the governor’s mansion, both Senate seats and half of the state’s delegation in the House.

So why pay attention to it? The Hispanic vote. Like other states with large Hispanic populations, registration of voters from this demographic has surged thanks to the unvarnished racism of Donald Trump. This has made Arizona a toss-up in the presidential race, giving Hillary Clinton a shot at being only the second Democrat to win the state since 1952. (Her husband was the other, having won it in 1996.)

The Hispanic vote gives Democrats at least an outside shot at winning control of the Arizona state Senate, where the Republicans comprise the majority by only six seats. But even if they don’t and even if Sen. John McCain handily wins re-election (he is currently up by double digits in the polls), any gains by Democrats in the legislature could be the beginning of their party's breaking the GOP’s stranglehold on the state.