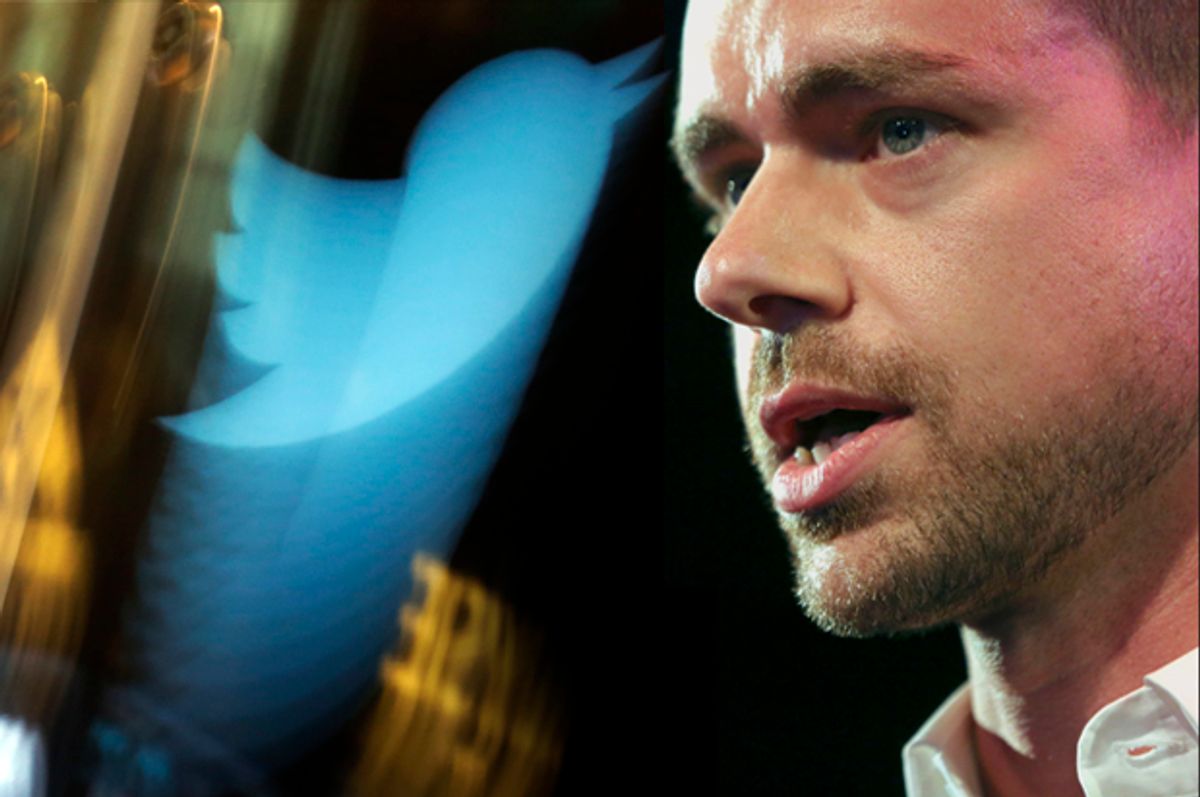 In a Thursday post on Medium, Twitter announced it will discontinue its Vine app "in the coming months."

You’ll be able to access and download your Vines. We’ll be keeping the website online because we think it’s important to still be able to watch all the incredible Vines that have been made. You will be notified before we make any changes to the app or website.

The discontinuance, weighed with Twitter's third-quarter earnings report and the announcement that it would be laying off 9 percent of its staff (or 350 people), signals an internal restructuring that's been a long time coming for the social-media company that has seen better days.

In March 2006 Twitter co-founder Jack Dorsey sent the first tweet out into the world, sparking a new form of 140-character electronic communication that has for many people become an essential networking and information-gathering tool. Journalists can’t seem to function without having an @ symbol in front of their names, governments have embraced the medium for distributing official statements, and companies use tweeting as an effective way to engage with customers. Public officials and celebrities love tweeting, though it’s been known to land them in trouble at times.

But despite the many uses for its microblogging site, Twitter as a company has lost since its found a staggering amount of money — more than $2 billion. Its stock price has shed nearly 60 percent of its value since the company went public almost three years ago. While Twitter routinely rakes in hefty amounts of revenue — more than $600 million in the three months that ended June 30, amounting to 18 percent more than the same period last year — its most vital metric, users, has been flagging.

Losing money isn’t a problem for companies that continue to grow revenue, but Wall Street is not especially forgiving to companies that can’t grow their customer base while burning through piles of cash, quarter after quarter.

Twitter has recently attracted potential buyers, including Google-owner Alphabet, Disney and cloud computing giant Salesforce. But in less than a month, they walked away. Twitter's suitors were reportedly turned off by the sheer amount of online trolling and bullying on its social-media site. Twitter’s high ($12 billion) market value is also a concern.

Whatever company buys Twitter would have to justify the price to its shareholders and explain how it intends to turn a profit and trim expenses along the way. More likely than not, according to analysts, Twitter will have to turn itself around without the help of an acquisition, at least for the time being.

“As Twitter generates only limited free cash flow, has a bloated cost structure and limited growth trajectory, we continue to see a takeover in the near term as exceedingly unlikely,” Wedbush analyst Michael Pachter wrote in a research note.

Some of this cost cutting is on its way. But the layoffs could also spark an exodus of key executives. In May, two company veterans announced they would be moving on just months after a series of other management-level departures.

Meanwhile, there are certainly millions of users in the Twittersphere — journalists, celebrities, politicians, and even trolls — who are rooting for Dorsey to save their medium of choice, just maybe not enough of them.