WATCH : Donald Trump woos Indian voters with a Hindi campaign ad that will make you cringe 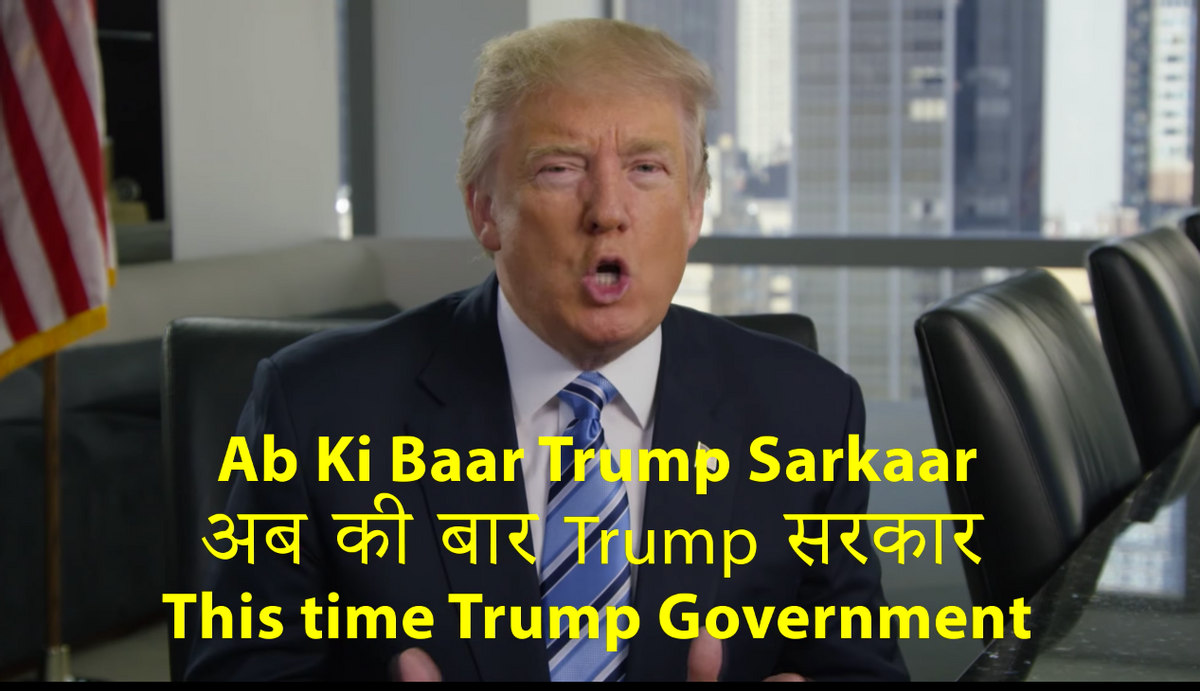 In a campaign ad that looks like it was made by a middle schooler using iMovie, Republican presidential nominee Donald Trump wooed Indian-American voters.

"Ab Ki Baar Trump Sarkar," he said with his Queens intonation. Just in case listeners couldn't understand his botched pronunciation, the words were printed below his bright orange face in bright yellow block letters with a translation: "This time Trump government."

Falling in step with his wife's idea of borrowing other leaders' words, Trump copied the catchphrase.

"Abki Baar Modi Sarkar" was the popular campaign slogan of India's Prime Minister Narendra Modi. Trump has said that he looked forward to working with the prime minister if he becomes president. Modi was the chief minister of Gujarat during the violent 2002 anti-Muslim riots that took the lives of over 1,000 people.

"The Indian and Hindu community will have a true friend in the White House," said Trump in a truncated clip from a speech he gave in Edison, New Jersey, earlier this month at the Hindus United Against terror event hosted by the Republican Hindu coalition. At the event, Trump wooed his terrorism-fearing supporters by singing his usual refrain that he would defeat radical Islamic terrorism.

The Trump-approved message ends with with the candidate pointing to the screen and saying: "We love the Hindus. We love India!"