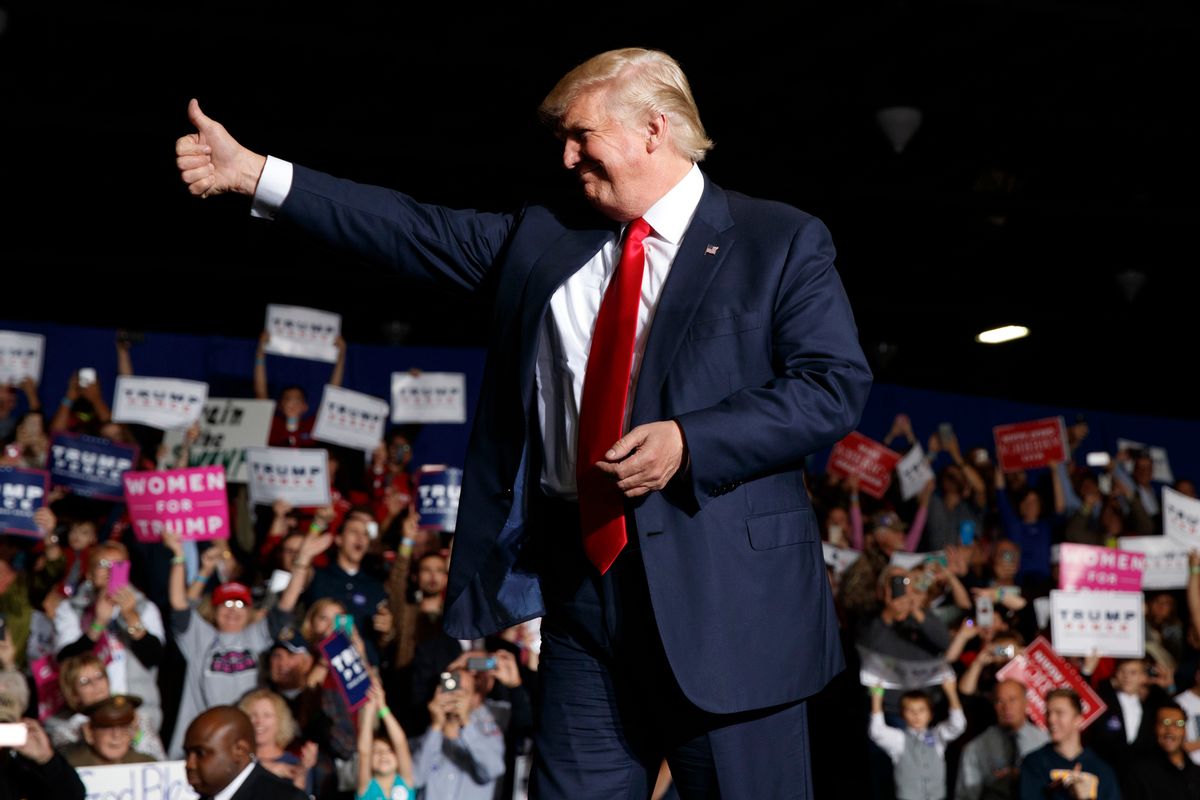 Laaksonen said that Trump squeezed her backside before "The Late Show with David Letterman" in New York while the two were posing for a photo with Miss Australia, Miss Puerto Rico and Miss Colombia.

"Somebody told me there that Trump liked me because I looked like Melania when she was younger," Laaksonen told a newspaper in Finland, referring to a house party she attended, along with other Miss Universe contestants, according to The Telegraph.

“Trump stood right next to me and suddenly he squeezed my butt. He really grabbed my butt," Laaksonen told the Finish newspaper. “I don’t think anybody saw it but I flinched and thought: ‘What is happening?’”

Trump has denied knowing any of the women who have accused him of sexual assault. During the third presidential debate he even said, "Nobody has more respect for women than I do." The debate audience responded in laughter.

Trump once again says "Nobody respects women more than I do," and the audience reacts accordingly #debate pic.twitter.com/WNxzivz8qt

Many of Trump's accusers came forward after the infamous "grab them by the pussy" clip from "Access Hollywood" was released earlier this month and after the second presidential debate where Trump insisted his conversation with Billy Bush was "locker room talk."

“It left me disgusted," Laaksonen said of being groped by Trump.