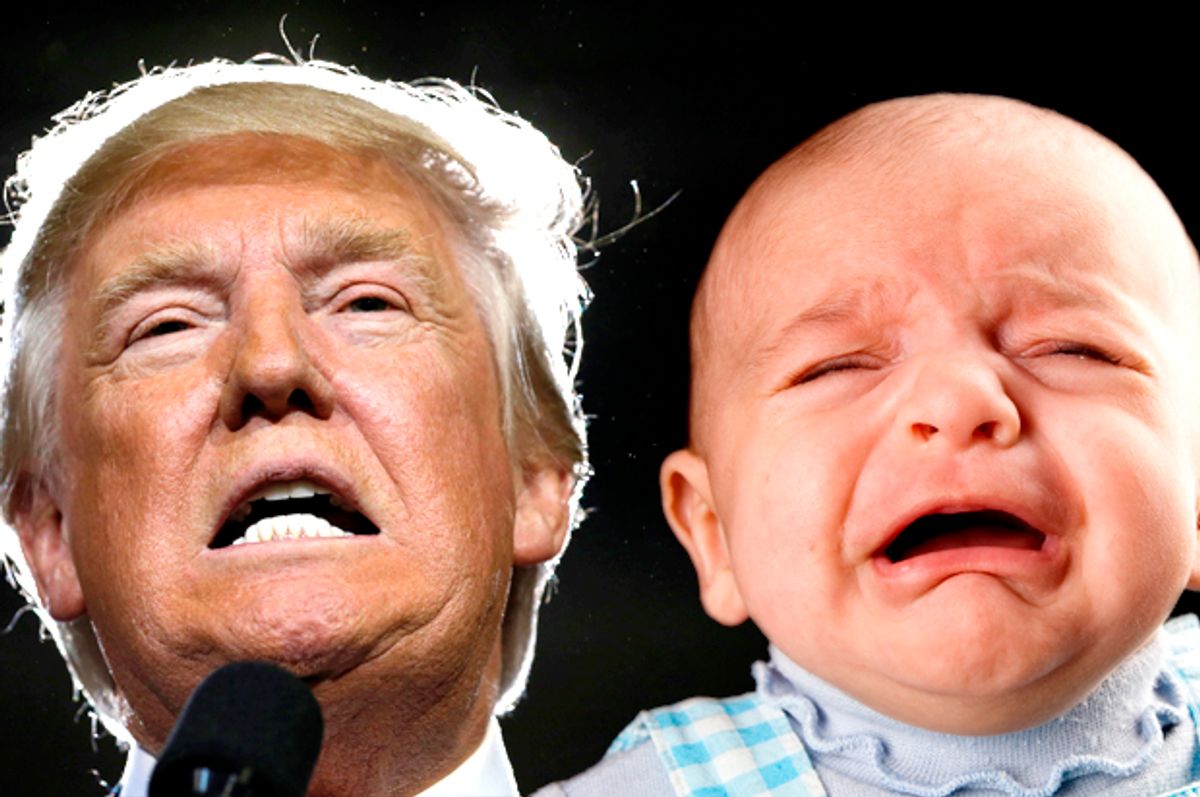 And, as Salon noted Friday, none of Trump's inner circle — not even his own children — have donated to the supposed billionaire's White House endeavor. As Trump made clear to Fox News' Bret Baier in a recent interview, he has yet to significantly self-fund his campaign, only vowing to spend $10 million out of his personal coffers on Friday.

So it comes at no surprise that the 70-year-old political neophyte is now lashing out as his certain defeat at the polls in less than 11 days comes into focus.

In a memo to House Republicans on Thursday, the Trump campaign called on hesitant Congressional Republicans to rally around their party's nominee in a final show of support.

"No waffling, no week [sic] knees," Scott Mason, the Trump campaign's director of congressional affairs, wrote in an email to House Republicans obtained by the Washington Post.

“That means we need your direct, strong support for the Trump/Pence ticket,” he continued. "I know we are less than 11 days to the 2016 election. But it is imperative that we continue to drive Republican support for the top of the ticket."

And in an attempt to divert attention to his rival's continuing fallout over the hacked emails of her campaign chairman John Podesta, Trump took his campaign's demand for fealty a step further.

"If my people said the things about me that Podesta & Hillary's people said about her, I would fire them out of self respect," he tweeted Thursday.

Perhaps it's the candidate at the top of the ticket demands to be surrounded by sycophants who never dare utter a bad word that keeps upwards of 70 percent of so-called GOP insiders baselessly insisting that there is a "secret" undercounted Trump vote that will propel him to victory even as nearly as all the data shows otherwise.

So while the Trump campaign engages in a futile effort to win back skittish Republican leaders, Trump will still have nearly 75 percent of Republican voters who agree with him that the election was rigged against him to complain to on Twitter.