The Republican nominee isn't paying much, but he's taking a whole lot in 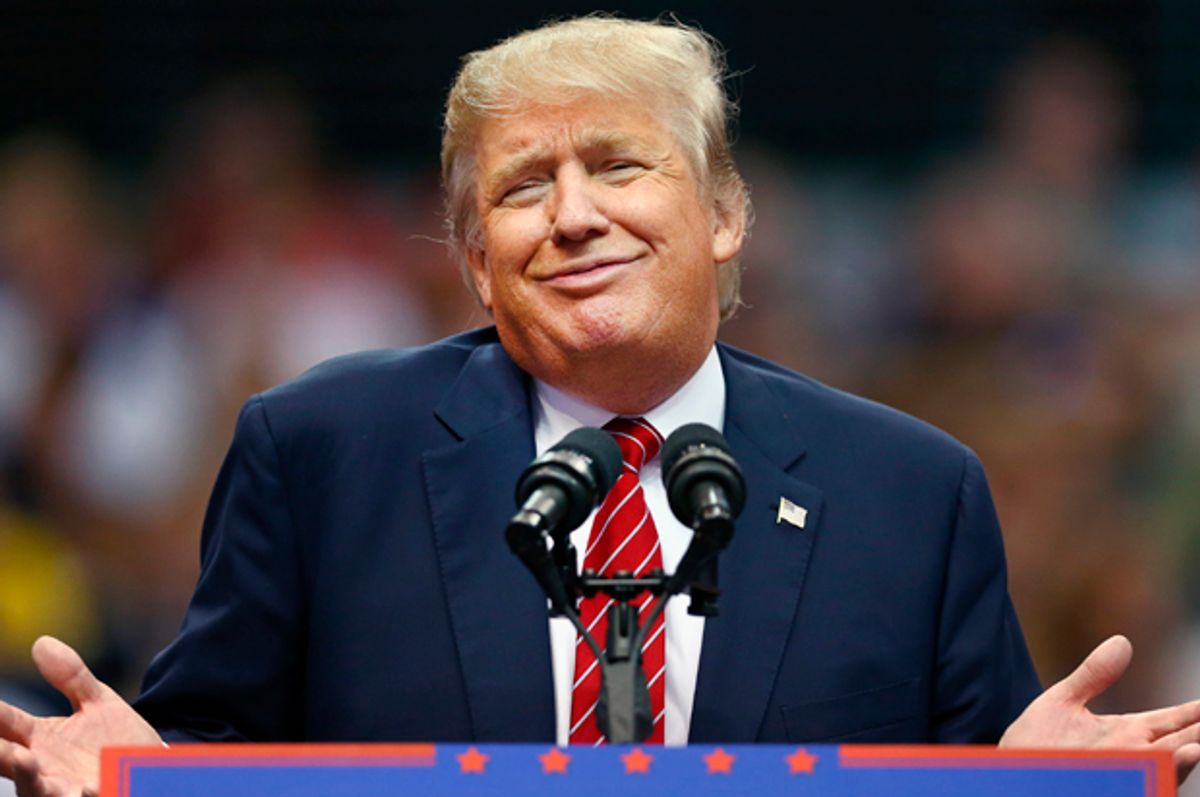 While the Trump brand has taken a direct hit this election, it does not appear the real estate mogul will retire from politics empty handed. A notorious grifter, Donald Trump may be pulling off his most impressive con yet, using small-donor contributions to stuff his own pockets.

Recent FEC filings show also that the Trump Make America Great Again Committee, a joint fundraising committee between the RNC and Donald J. Trump for President, spent over $300,000 on books from the publisher of his "Art of the Deal" last month, which would typically generate over $70,000 in royalties that Trump would have to split with his co-author, according to a report from the Huffington Post.

Trump has made it a practice this election to spend necessary, and unnecessary, campaign expenditures on his own products and services. According to a review of FEC filings conducted by the Chicago Tribune, $9 million in campaign cash has gone back into his own family and businesses, including rent at Trump Tower, catering at his restaurants, and even Trump-branded bottled water for his events.

Yet the most profitable venture for Trump relates to the email list he has amassed. The Trump campaign expects to collect 12 million to 14 million e-mail addresses and contact information (including credit card numbers) by election day. Because Trump paid to build this audience with his own campaign funds, he alone will own it after Nov. 8 and can deploy it to whatever purpose he chooses. Digital strategists typically value contact lists at $3 to $8 per e-mail, which would price Trump’s list of supporters anywhere from $36 million to $112 million, Bloomberg reports.

These campaign disbursements are not illegal, but considering the GOP nominee has fallen way short of his pledge to contribute $100 million of his own money, these revelations are significant.

During the second presidential town-hall debate, Donald Trump boasted he was self-funding his presidential bid, "So I’m putting in more than — by the time it’s finished, I’ll have more than $100 million invested," he said. "Pretty much self-funding money. We’re raising money for the Republican Party."

If by "self-funding" he means he is funding himself and his businesses, then, yeah, Donald Trump is self-funding.