FBI announces it will review more of Hillary Clinton's emails

In a letter to Congress, James Comey revealed the FBI has learned of emails that could relate to its investigation 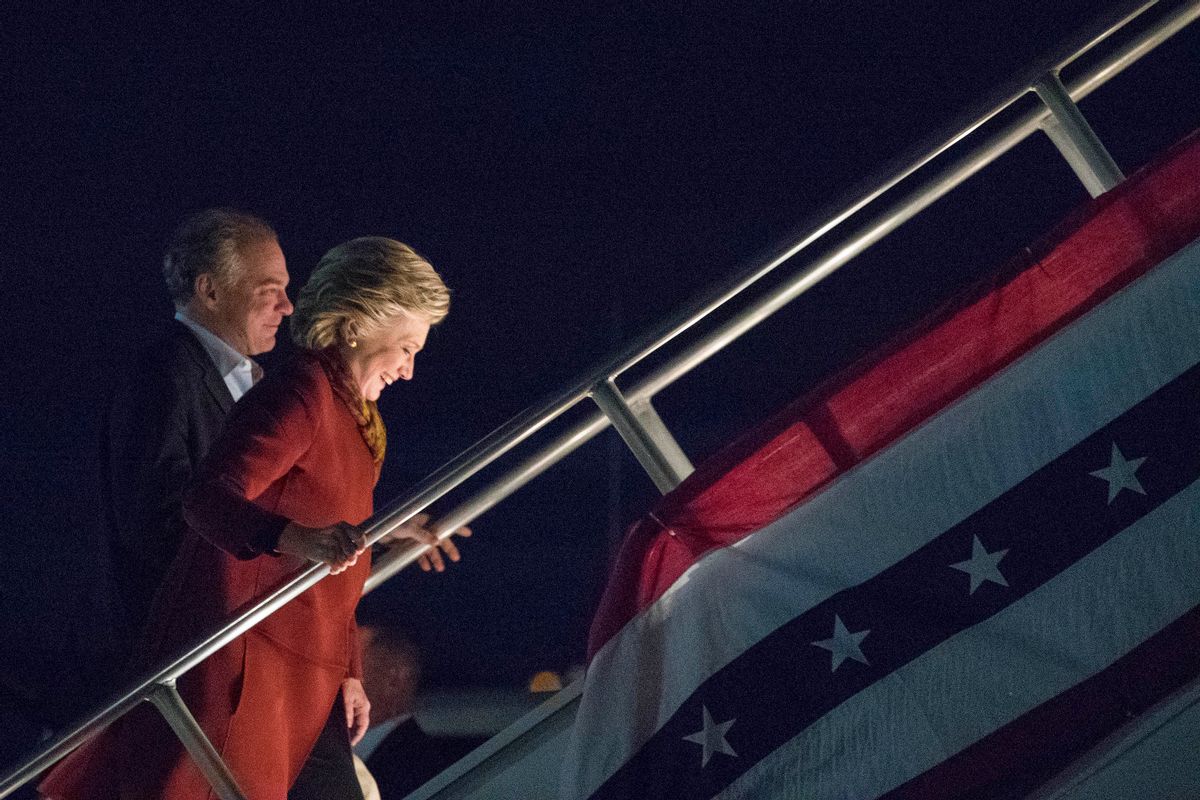 The FBI announced on Friday that it will look into newly discovered emails from Hillary Clinton, a bombshell development for the Democratic presidential nominee with just 10 days until the election.

In July the FBI's director, James Comey, had recommended that no criminal charges be brought against Clinton for her handling of classified documents while serving as secretary of state. The decision infuriated Republicans who were banking on an indictment to bring down Clinton's bid for the presidency. The most restless supporters of GOP nominee Donald Trump adopted the chant, "Lock her up," to voice displeasure with Clinton's exoneration.

But in a letter to Congress released on Friday afternoon, Comey wrote that the FBI has learned of new emails that may be pertinent to the previous investigation.

"Although the FBI cannot yet asses whether or not this material may be significant, and I cannot predict how long it will take us to complete this additional work, I believe it is important to update your Committees about our efforts in light of my previous testimony," Comey wrote.

In his letter, Comey did not reveal any details about the emails, their source or contents. Comey indicated the FBI will take appropriate time to examine the emails in order to determine whether they contain classified information.

In Manchester, New Hampshire, Trump gave a speech on Friday shortly after the announcement came to light:

"Hillary Clinton's corruption is at a scale never seen before. We must not let her take her criminal scheme into the Oval Office," Trump said. "I have great respect for the fact that the FBI and Department of Justice are now willing to have the courage to right the horrible mistake they made. This was a grave miscarriage of justice that the American people understood, and it is everyone's hope that it will be corrected."

Trump then paused for an eruption of cheers from his supporters."The rest of my speech is boring," Trump admitted before launching into his stump speech.

Later Trump said the system "might not be as rigged as I thought."

Trump's campaign manager, Kellyanne Conway, seems to understand the implication of the investigation:

A great day in our campaign just got even better. FBI reviewing new emails in Clinton probe @CNNPoliticshttps://t.co/WBltG2lAK6

The Republican National Committee released a statement Friday addressing Comey's letter, "This stunning development raises serious questions about what records may not have been turned over and why, and whether they show intent to violate the law," the statement read. "This alone should be disqualifying for anyone seeking the presidency, a job that is supposed to begin each morning with a top secret intelligence briefing"