Fascinating world views from a duck taking flight in Germany to a sage-like orangutan in Perth, Australia 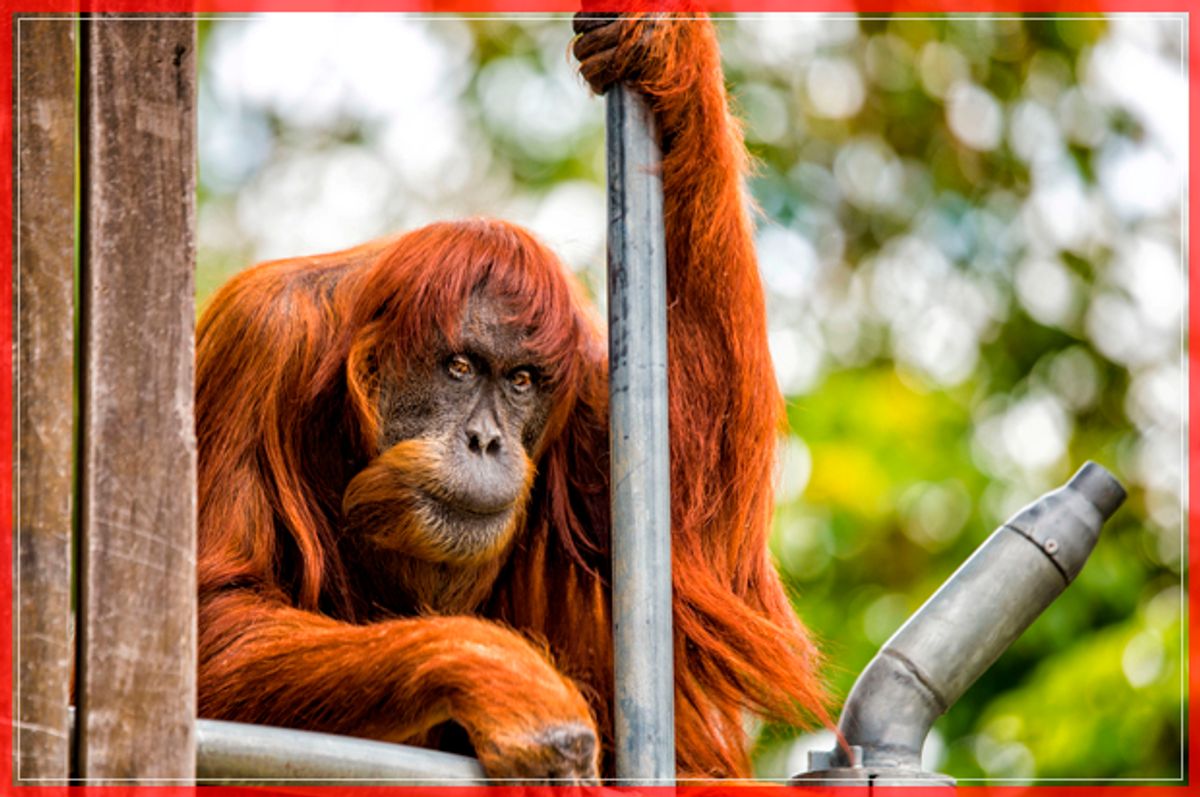 60-year-old 'Puan', who has been declared the oldest living Sumatran Orangutan in the world, is seen at Perth Zoo in Western Australia, in this handout image released October 27, 2016. Perth Zoo/Alex Asbury/Handout via REUTERS ATTENTION EDITORS - THIS IMAGE WAS PROVIDED BY A THIRD PARTY. EDITORIAL USE ONLY. NO RESALES. NO ARCHIVE. - RTX2QNIC (Reuters)
-- I have not done a rigorous count, but my general impression from the news photo sites is that roughly equal numbers of Hillary supporters and Trump supporters are affixing their candidates' stickers onto their faces. Please stop doing this, everyone, there are plenty of better places for stickers.

Perth, Australia   Alex Asbury/Reuters
'Puan', who resides at the Perth Zoo, is considered the oldest living Sumatran Orangutan at 60-years-old This otter doesn't know it'll be Halloween soon (or how cute he is) but I'm glad he's partaking in the Halloween festivities.

Frankfurt, Germany   Michael Probst/AP
A white goose takes flight off the banks of the river Main in Germany "Was this photographer hit with a feathered photobomb, or did he plan it? Was he waiting on the riverbanks, looking out for the moment where this bird would spread his wings and show us all his posterior? Those questions keep me up at night."