Making a killing under Obamacare: The ACA gets blamed for rising premiums, while insurance companies are reaping massive profits 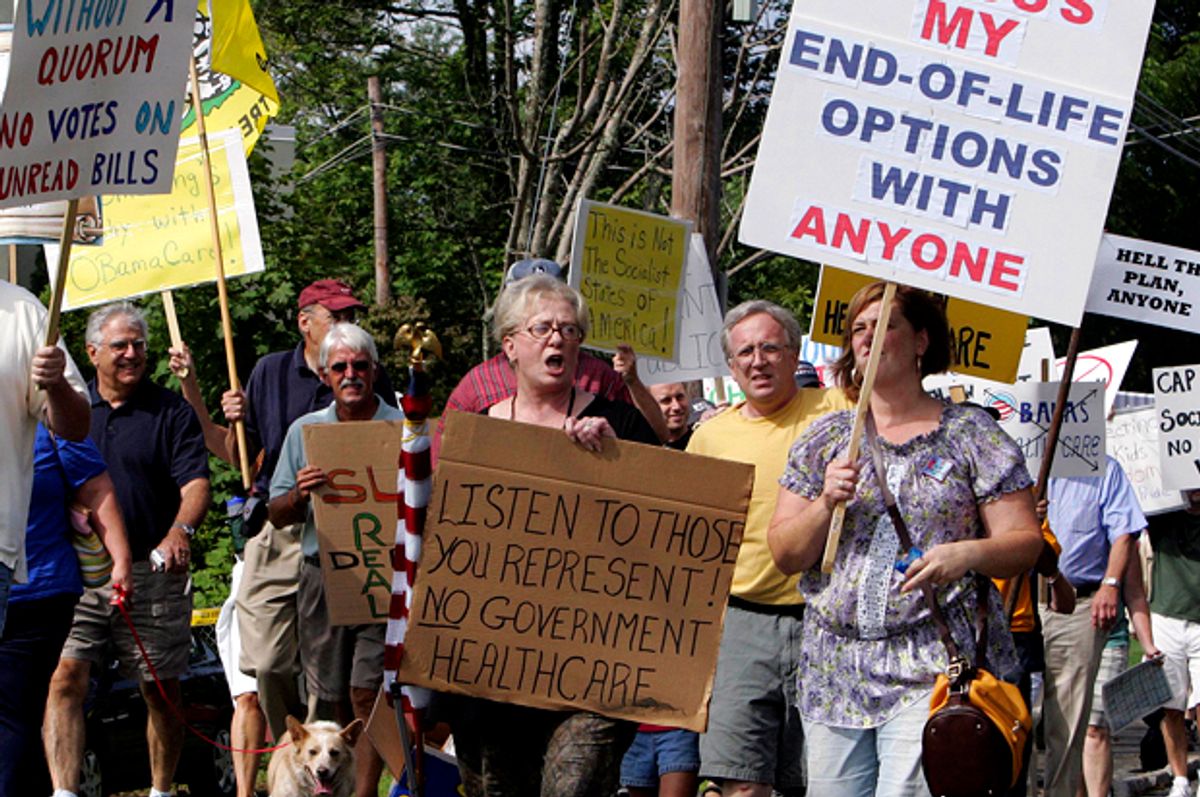 Just days before the next open enrollment period was to begin under the Affordable Care Act, President Barack Obama’s signature health care law, Americans received some sobering news about how much more they’ll pay yet again for health insurance, an annual cost that’s already straining many household budgets.

People seeking midlevel plans through the public HealthCare.gov exchange will see premiums jump 25 percent on average in 2017, the Department of Health and Human Services said on Monday. The 154 million Americans who receive their coverage through their employers won’t be hit as hard, but they, too, can expect an average premium increase of 4 percent to 5 percent, while handing over about 9 percent more in deductibles, according to a Commonwealth Fund report released on Wednesday.

While Americans continue to be hammered by rising health care costs, and while congressional lawmakers (with their taxpayer-subsidized health care) do nothing to lower the cost of pharmaceuticals and medical care, one group is reaping a windfall in profit: health insurance companies and their investors.

A Salon analysis of regulatory filings found that the top five health insurers — UnitedHealth, Anthem, Aetna, Humana and Cigna — have doled out nearly $30 billion in stock buybacks and dividends from 2013 to 2015. (The Supreme Court ruled in favor of the Affordable Care Act in 2012.)

Meanwhile, the increase in customers that these health insurers received under ACA has helped raise the stock prices of the top five insurers — some 80 percent for Anthem and 165 percent for Aetna since the high court ruled on June 28, 2012 that Obamacare was constitutional.

While Americans continue to fork out more money, insurers are doing great.

On Thursday, Aetna reported $734 million in profit on $15.8 billion in revenue for the three months that ended Sept. 30. The nation’s third-largest health insurer by revenue handily beat Wall Street estimates for the quarter. Chief Financial Officer Shawn M. Guertin cited "solid performance" in the company's core health insurance business that offset “pressure” from its business under the Affordable Care Act.

“Pressure” here refers to the fact that, while Aetna has reaped an ACA windfall, it can’t make money insuring the sicker and costlier undesirables who are desperately trying to access affordable care by seeking coverage on the ACA exchanges.

Aetna’s earnings report came a week after UnitedHealth reported a 12 percent jump in revenue to $46.3 billion for the three months that ended Sept. 30 compared with the same period the previous year. The company collected $36.1 billion in insurance premiums, a sum 11 percent higher than for the year-ago quarter, while profits increased 29 percent to $1.98 billion as the company signed up 955,000 more health insurance customers through its employer and individual plans. (Anthem, Cigna and Humana will report their latest quarterly earnings next week.)

Investors are reaping major rewards as well. In the first nine months of the year, UnitedHealth spent $1.1 billion in share repurchases and $1.7 billion in direct dividend cash payments to shareholders, according to its quarterly filing. From 2012 to 2015, UnitedHealth spent $12.6 billion in buybacks and dividends. Because most revenue for health insurers comes from insurance premiums, any cash doled out to shareholders essentially behaves as a transfer of wealth from a consumer’s health care budget to an investor’s annual capital gains income.

Despite earning billions of dollars in profits every year — as well as enriching shareholders through dividends and share buybacks — the nation’s five largest health insurers and the Wall Street interests they serve are hoping more consolidation in the industry will further boost business. Last year Aetna said it planned to buy Humana while Anthem announced intentions of acquiring Cigna, potentially consolidating the top five insurers into three even more massive companies.

The insurance companies argue that bigger is better for consumers, that more health insurance customer consolidated under fewer corporate umbrellas will “improve affordability, quality and consumer choice,” as Aetna and Humana put it.

But the U.S. Department of Justice disagrees. In July, the DOJ filed lawsuits in federal court against Aetna and Anthem to block their acquisitions of Humana and Cigna on the basis they would “increase concentration and harm competition,” resulting in even higher premiums than Americans already pay.