WATCH: Black Donald Trump supporter, mistaken for protestor, gets escorted out of rally and called a "thug" by Trump 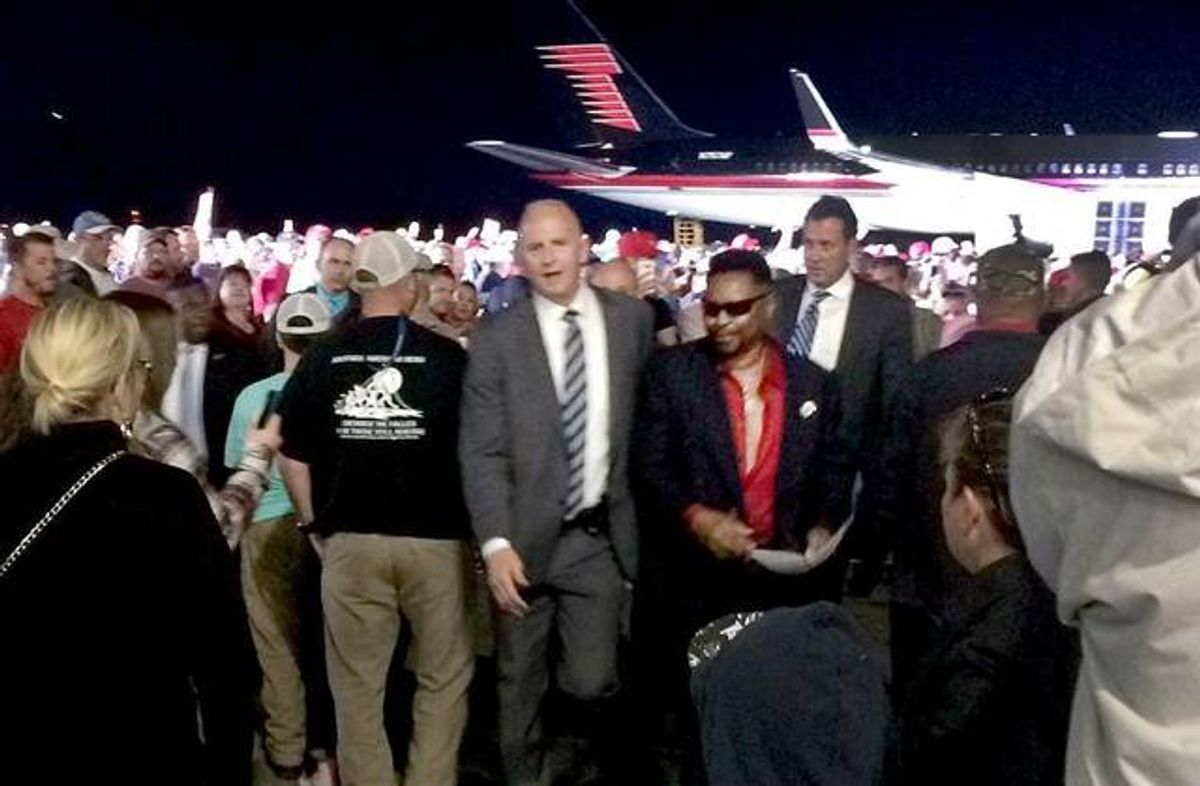 Donald Trump called his African-American supporter a “thug” and threw him out of a rally in North Carolina, the Charlotte News & Observer reported. The GOP presidential nominee apparently mistook the black man for a protestor.

According to the News & Observer, Cary stood about 20-30 feet from the stage at the Kinston Jet Center Wednesday night and shouted “Donald” while waving his document to try to get Trump’s attention.

Apparently mistaking Cary for a protestor, Trump yelled to his security guards, “You can get him out. Get him out!”

But Cary disputes that he was ever attempting to protest Trump and calls himself a supporter. More form the News & Observer:

Cary says he wanted to deliver a note to Trump urging him to be less offensive and more inclusive to four demographic groups: black people, women, people with disabilities and college students. Cary, an African-American, says he’s an ex-Marine who also worked in Afghanistan as a civilian for the U.S. Army.

Cary later took to Twitter to clarify that he was not upset about being kicked out of the rally: