WATCH: Someone finally gives Fox News' Jesse Watters a taste of his own medicine 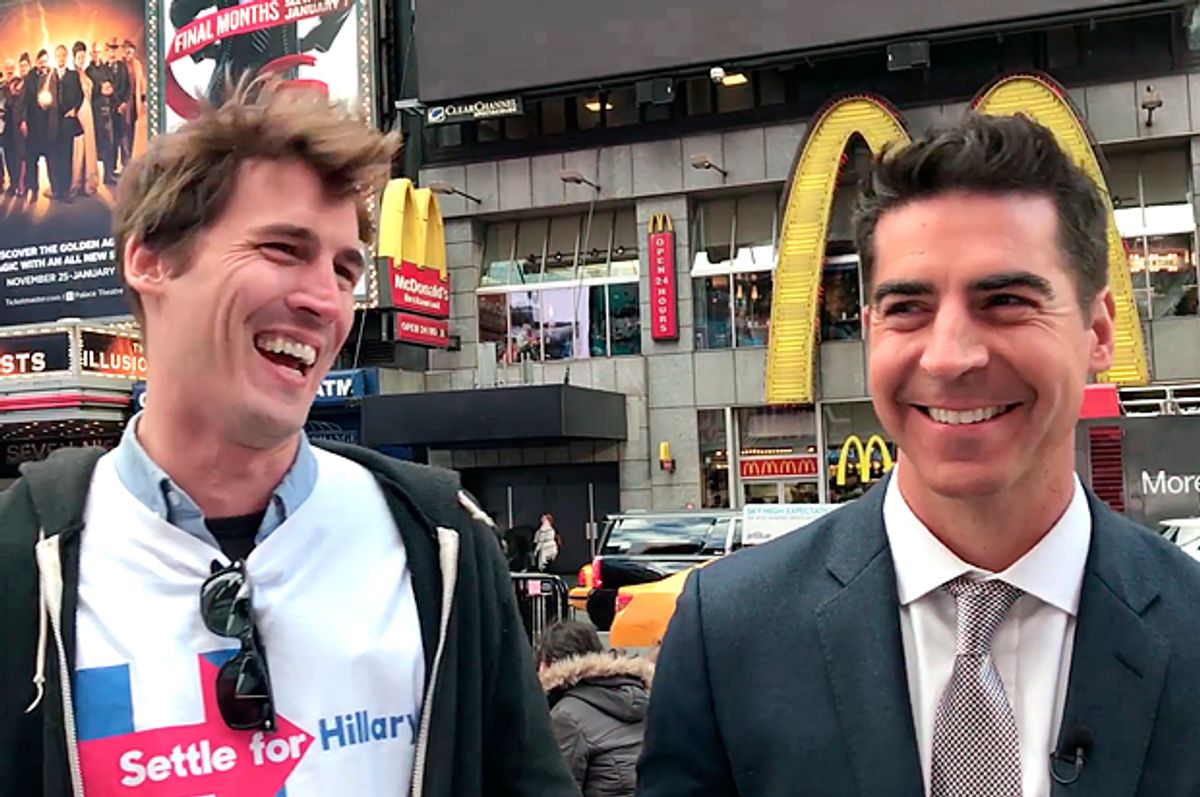 Bill O'Reilly lackey Jesse Watters is still facing major backlash from one of his deliberately offensive man on the street interviews on "The O'Reilly Factor."

While representatives from Fox News were reportedly defending Watters' recent racist foray into New York City's Chinatown to the Asian American Journalists Association this week, one prankster found Watters preparing to ridicule another group of unsuspecting people when he decided to turn the table on the host of "Watters' World."

Comedian Jason Selvig, one-half of the duo “The good liars” — known for their masterful political trolling during this year's primaries — ran into Watters in New York City's Time Square this week.  So, Selvig, star of the new Netflix mockumentary Undecided, decided he had to strike.

Taking a page straight from Watters’ book on how to be obnoxious, Selvig pitched him some ideas about what racist and offensive stereotypes to perpetuate in his next  “Watters World” segment.

“Hello,” Selvig said in his best stereotypically racist Asian accent when he first accosted Watters with a camera crew in tow.

As an obviously startled Watters attempted to get away, Selvig chased him down (similar to how Watters chased down Sen. Bernie Sanders down a Congressional hallway) to shout horribly offensive ideas in his face.

“How about just Mexicans eating tacos?”

“Oh just like, call all Muslims terrorists,” Selvig said to Watters. “I guess you guys already do.”

Watch the hilarious confrontation below: