I'm grateful for my abortion

It took a long time, but I'm finally at peace with the loss of my pregnancy — and now I'm terrified for my rights 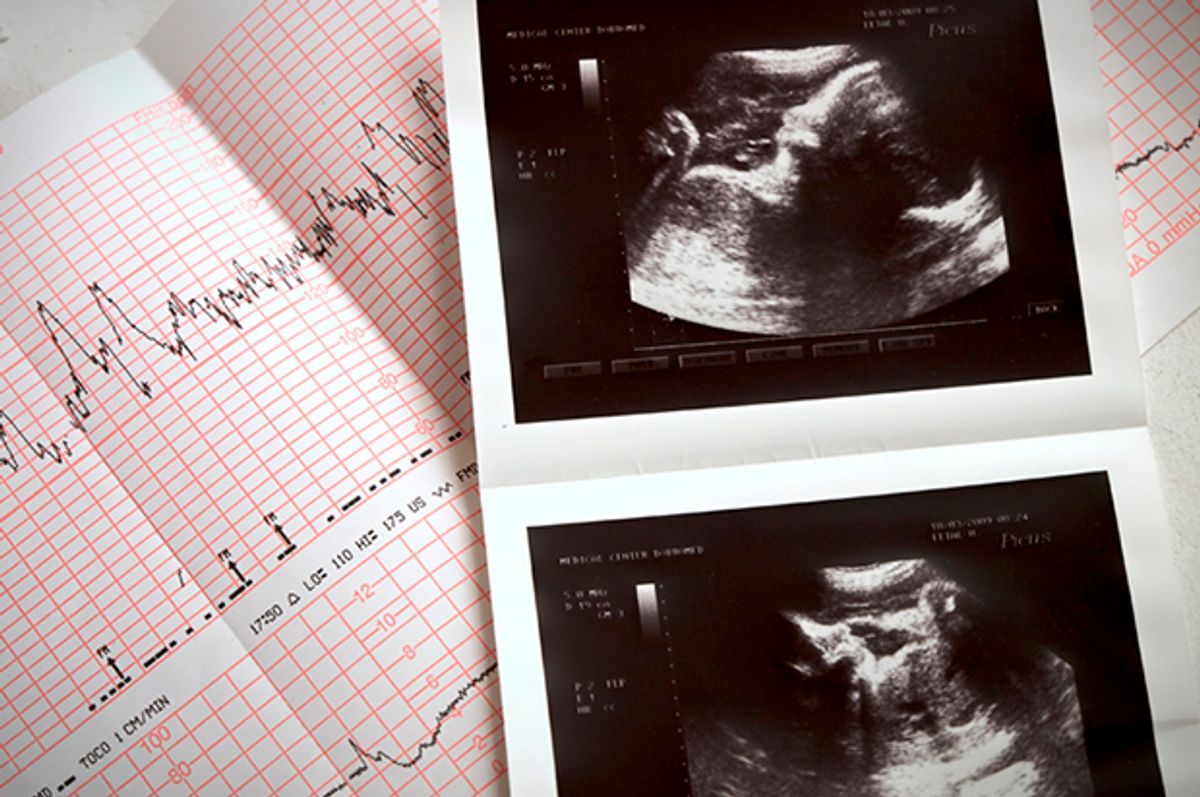 I sometimes take a moment to recognize the things I am thankful for. I write it in a notebook, or send a text, or occasionally I post it on social media. If my kids are home I pull out our gratitude jar and we all add something. My boys are 4 and 7, and they are grateful for a whole lot, too. We are often thankful for simple things. Music. Friends. Food.

I started to wean myself off of the pills, and made a plan to manage my pain. As part of this, I spent three hours each Wednesday, for 12 weeks, at a mind-body class, with about 20 other people seeking relief from extreme feelings, either physical or emotional. The gratitude journal was one of our assignments — we had to write about five things that we were thankful for each day. I resisted, but once I did it, it helped me ground myself within the reality of my life. It made me notice the good things and it made me want more of those things. It forced me to be find something to feel good about, even when my body was in pain.

I fell away from my gratitude practice once I became focused on getting pregnant. Conceiving didn’t happen quickly, and the process was frustrating, but it did eventually happen and I gave birth to a baby boy. We moved to the suburbs. I finished graduate school. I got pregnant a second time, quicker than we had imagined I would.

But the pain of losing that pregnancy after tests revealed a rare genetic disorder wouldn’t fully settle into my body until after my third pregnancy brought a second healthy boy. Once he arrived I was consumed with loving and caring for him and his big brother. But around his third birthday, as I sorted through the baby stuff, I began to cry. The grief of terminating a wanted pregnancy — of having said goodbye to a baby I didn’t meet — finally, truly, arrived.

My head grew with a familiar throb. I breathed through my longing for someone who could understand my pain and give me the medication to make it go away. I had to be with it for a while: the sadness, and my tears. I went to therapy. I had to do things I hadn’t done. I had to find ways to honor her as what she was to me: a baby I carried. I had to name her. I had to find ways of dealing with the gripping anger and guilt I felt about my abortion experience. I had to process the memories of driving by the protesters that rainy September Thursday, and the feeling of the anesthesia taking effect as I realized that the doctor didn’t understand that mine was a wanted pregnancy, the red plastic biohazard box by my feet a last memory of my baby girl.

I had to find new ways of being present in the reality of this very regular life with two sons who don’t want pink headbands or ballet classes. I found my gratitude. I found my truth. My abortion happened so I could be a better mother. It sucked, but I am thankful it happened and that it was here in Massachusetts.

The 2012 election sort of prepared me for life in America after abortion. My loss was still very new and raw, and Rick Santorum’s daughter was a reminder of the diagnosis my daughter had received, Trisomy 18. In my mind I knew she would never be able to have the kind of independent and vibrant life I want for my kids, but in my heart, seeing her made me long to know what my baby would have looked like.

And yet, this election year is worse. The other day I found myself thinking of the boy with the Italian last name who put his hand down my pants at the seventh grade dance, and all of the negative sexual experiences I had as a young woman before meeting my husband. Gross. If I had a daughter, I would never want her to hear the kinds of things that Donald Trump says.

Today I am grateful for Hillary Clinton for standing up to him during the final presidential debate. Trump's words about abortion made me sick to my stomach, similar to the way I felt in the middle of my pregnancy crisis. I pulled my blanket closer, reminding myself that I can use my senses to stay grounded in my own reality. I thought of others who have also ended wanted pregnancies. Babies being ripped from their wombs. This isn’t even an accurate description of an abortion procedure.

My abortion wasn’t perhaps as late as the women Clinton and Trump were talking about, but my second-term abortion certainly felt like the kind of loss she was referring to. I felt her words — the weight with which she said them actually lifted me. Finally, I thought. The discussion felt long overdue in this debate season.

My brother checked in on me via text and I was grateful for that. He and his husband care about the Supreme Court as deeply as I do. Later, a woman I don’t know all that well sent me a note on Facebook: “I want you to know I am with you. And I am with her.” Amazing, the support we humans can offer each other!

I woke up throughout the night, when the kids needed me and when they didn’t, once in the middle of a dream in which I was conversing with the reality star himself. Donald, have you ever had an abortion? I mean, perhaps you have caused or funded an abortion, but you’ve never had one. Have you given birth, Donald? Because what you described in the debate is a surgical birth, done usually in an emergency situation or as an unwanted intervention. I am a doula now. My experiences losing a pregnancy and carrying and then delivering a difficult subsequent pregnancy made me want to help make this journey better for someone else. So now we are into a different conversation, aren’t we, Donald?

But this is not about maternal health to Trump. If it were, he would be talking about the maternal mortality rate in Texas, which is astronomically high, according to the September issue of the journal Obstetrics and Gynecology. The hike in maternal loss occurred alongside increased cuts and restrictions to reproductive health. It seems safe to say that while anti-choice conservatives in Texas remain intent on limiting abortion care, they have turned their backs on families altogether. It’s important to understand that with a Donald Trump presidency, the problems in Texas could occur nationwide.

Right now I am sitting in the same spot where I sat, wailing, in the days after I learned that the baby I was carrying would likely die. In this moment, I’m grateful for my sons and for the joy they bring to my life. I’m grateful to know this love I feel as their mother. They won’t have dance recitals (probably) and that’s OK. I’m grateful for the chance to raise boys who might want to be police officers or politicians. It’s hard, but I know I can raise them to be so much better than some of their examples on TV. I don’t know when their dad and I will explain what happened with the baby between them, but I feel like if I love them well enough, they will understand completely.

Jacqui Morton is a writer and full-spectrum doula in Massachusetts. Her work can be found on the internet, and she can be found, by friendly people, on Twitter.